Registered User regular
June 2010 edited June 2010 in Games and Technology
Looking for a fresh, hand-drawn piece of character art for every champ, GET CRACKIN'!

Okay, League of Legends is a [vidurl=" 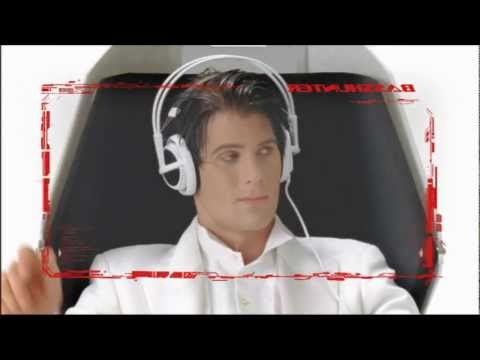 game[/vidurl] and it's FREE. The community is known to be a little less harsh than the standard DotA/HoN ones; but, you will still run across a fair amount of mouth-breathing silly geese. If you hang out with the PAers, though, we're usually pretty damn inviting (and so fucking cool, especially MooMan). AND IT'S FREE!!! Well... mostly. Here's the skinny: They have 10 free rotating champions that you can choose from, if you want to 'buy' champions permanently you can do that with Riot Points (RP) or Influence Points (IP). You get RP with real cash dollars, and RP prices are usually lower than IP prices. You gain IP for just playing game, when you finish a game you'll get IP points based on how well you did in the game. You can also purchase Runes. Runes and Masteries are applied before the game and make your champions stronger, this is referred to as the Summoner meta-game. You gain levels as you play as well which opens up the ability to put more runes and masteries to work for you. That's the quick and dirty of the game. If you're completely new to this style of game, check out the new player stuff on the Riot site.

Two main designers for the popular Warcraft III custom map, Defense of the Ancients: Allstars (commonly abbreviated as DotA), Steve "Guinsoo" Feak and Steve “Pendragon” Mescon are involved with Riot Games in the making of League Of Legends: Clash of Fates[6]. Guinsoo created DotA: Allstars from the original DotA, created by Eul, by adding his own mix of content, including over 40 heroes, numerous items, and various gameplay changes. Guinsoo then passed DotA: Allstars on to its current developer, Icefrog. Pendragon, who is the Director of Community Relations for Riot Games, helped create the DotA: Allstars website along with its forums, and is still currently working on League of Legends: Clash of Fates.

HANG OUT IN THE PENNY-ARCADE VENT TO GET GAMES!!! It's the easiest way to get going with us, just show up and ask if anyone is looking.
If you can't find any there check out the LoL vent (https://beta.leagueoflegends.com/board/showthread.php?t=6) and you can probably scrounge up a pre-made.
The Champions
Click for more information

Cutfang wrote: »
Q: I am trying to login but the server status is "Busy"

A: This will happen often during busy hours. However, the servers may still be accessible. With the launcher window in focus, press the arrow keys 'up' 'down' 'left' 'right' 'up' 'up' 'down' 'down' to bypass the launcher and go to the password window.

make sure the launcher window is your active window

press up, down, left, right, up, up, down, down on your keyboards arrow keys

it'll switch it to teemo


If you're going to spend real dollar monies on this game

That's $35 for 40 champs permanently unlocked; none of the post-40 have ever been in a bundle AFAIK.

Cutfang wrote: »
Q: How can I get champions and save money?

A: You won't have to spend a cent if you simply play games and earn enough IP to buy them all. If, however, you wish to hasten the process you may buy champions with real money. The most cost effective way to buy champions is by purchasing the two bundles on offer.

For $45 you can buy 6380 Riot Points, which are used to buy champions and skins. 3900 of those points gets you the Digital Collector's Pack, which contains 20 champions and includes 1380 Riot Points (huh?). If you were to buy the champions individually it would cost 37800 IP or 9620 RP. The Digital Collector's pack can also be bought in stores or online as a boxed copy, which may save you a significant amount of money.

3410 Riot Points gets you the champions bundle. This contains some more expensive champions. Bought individually they would cost 60750 IP or 14350 RP (ish).

This leaves you with 450 RP, enough to buy yourself a single skin!


Also, here's a picture of BigWah's adorable kid that he may or may not have had considerable disagreements with in the past: