[Game On] Castlevania HD. The HD is not what you think.

Registered User, __BANNED USERS regular
August 2010 edited August 2010 in Games and Technology
Because it stands for Harmony of Despair. I know, bummer, but shut up and pay attention. If you buy this game, maybe that will convince Konami to make an actual 2D HD Castlevania. Eh? EH? Good. Glad that convinced you. Anyway... It's a pretty solid affair regardless of the actual gameplay. So let's get started.

Castlevania: Harmony of Despair is an upcoming 2D action-adventure game for the Xbox Live Arcade. The game features a new map system that allows players to see the current quest map's entire setup, as well as up to six players at once over Xbox Live.

Gameplay includes a Co-Op mode, which plays like previous 2D Castlevania game's "Boss Rush Mode", but with several rooms and items to find, culminating in a boss to fight. It is also slated to include a Versus Mode, with battle occurring between players, possibly on a point-based system. Bosses are shown to be able to attack players on their way to the fight. The game features playable characters, such as Alucard, Soma Cruz, Jonathan Morris, Shanoa, and Charlotte Aulin, all from previous 2D Castlevania games.

All of the characters include 8 Palette Swaps to accommodate players that wish to be the same character. They will be joined by other characters through downloadable content, when released. The characters will have their own signature attacks and skills to use in battle. An all-new map system allows real-time zooming in and out of the current stage, which will not stop gameplay and even allow players to play with the map zoomed out. The game will also be played in High Definition (alluding to the initials of the title: Castlevania HD.) Other features in the game include a Book placed in certain parts of a level, which is the only way to change items and equipment mid-game. Consumable items such as potions, however, will be scrolled through and consumed using specified buttons on the controller. Also, the experience point system from most newer 2D Castlevania games has been taken out, reducing players to finding weapons and equipment as the only means of assisting the character. 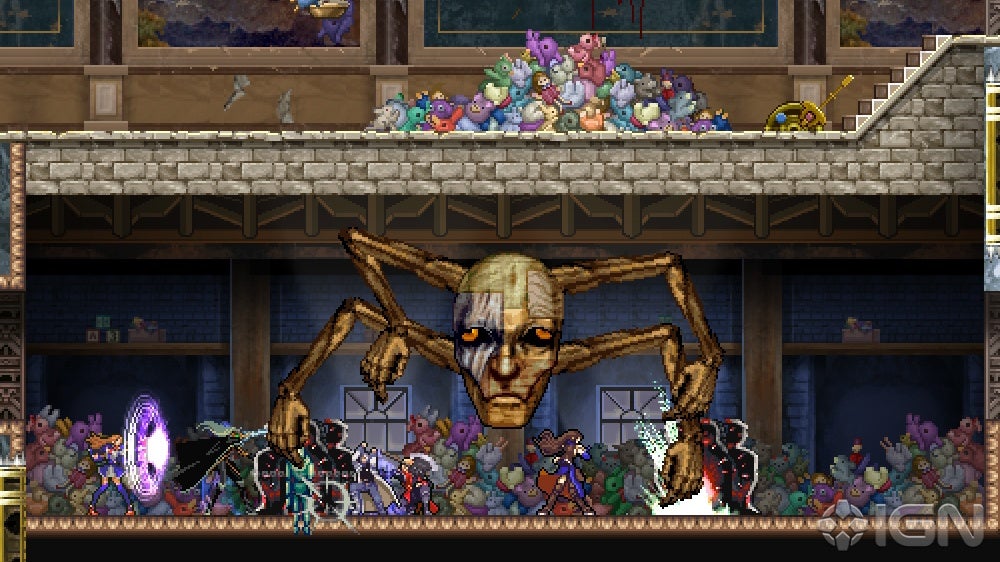 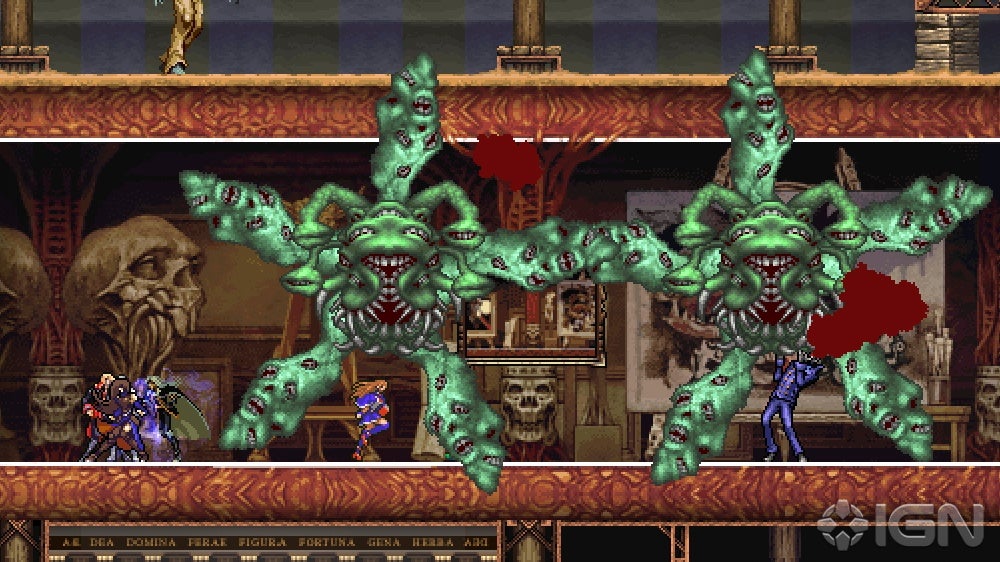 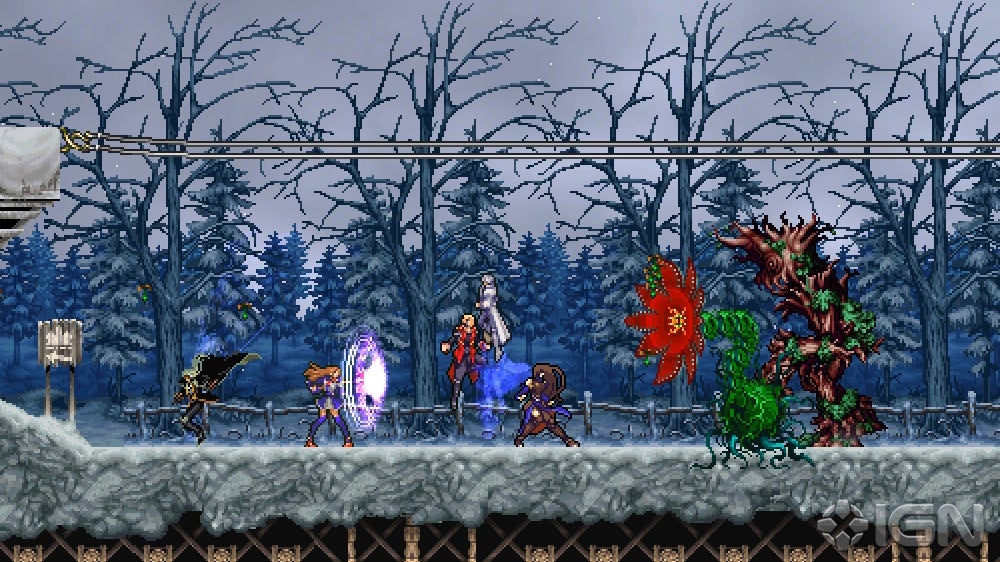 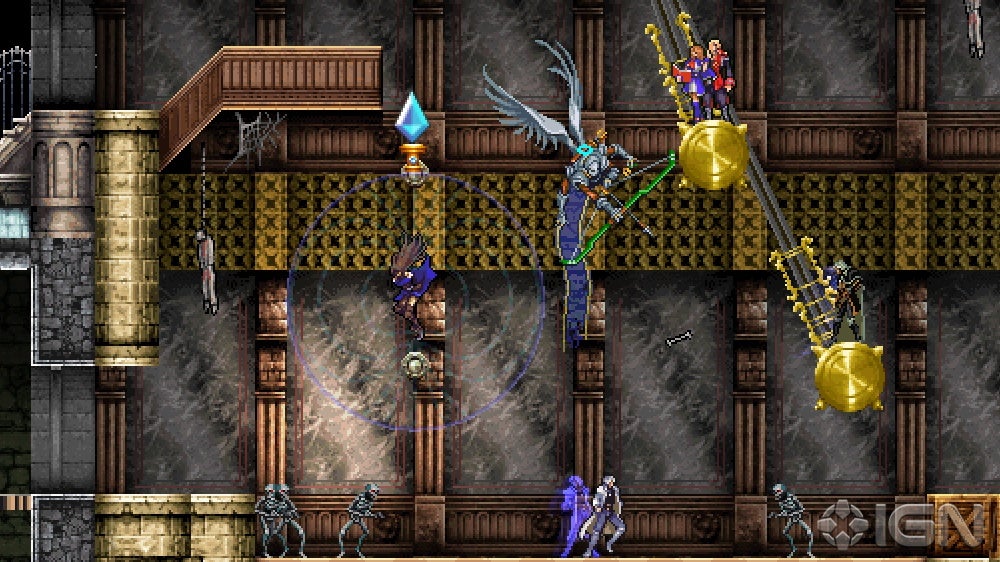 Big image of a map. 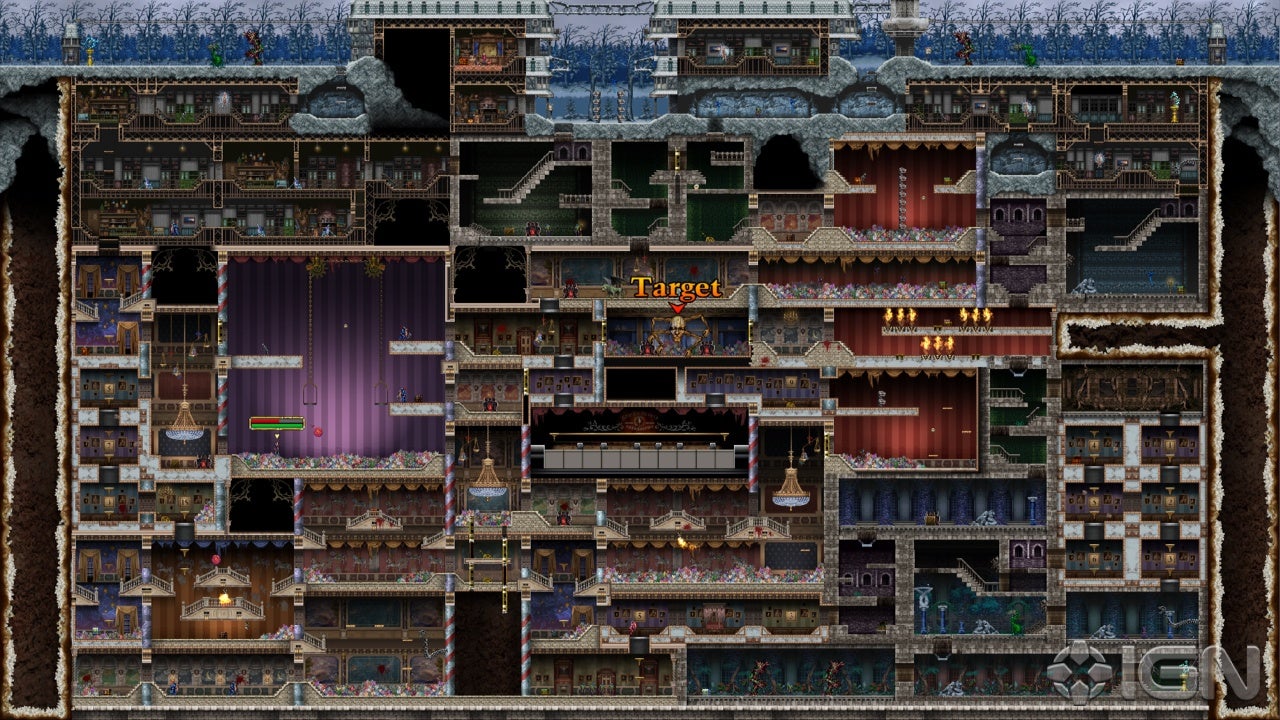 There are also achievements. Big surprise.

Lifeguard 10
Bring a comrade back from the dead.

Bone Cold Justice 10
Defeat an enemy by hitting back a Skeleton's bone.

Poetic Justice 15
Defeat an ally who has been seduced by the enemy.

Grasshopper 20
Jump kick 30 times in a row without touching the ground.

Boned 20
Defeat a boss with 5 players in skeleton form.

All of that is official business. Personal feelings? I dig it. You are not required to beeline straight to the boss. There are chests littered throughout the level, some of them in out of the way spots. Buddies got a handle on the boss? Then feel free to go after those chests.

Many people complain about the lack of a leveling system, but to be honest, there is one, it's just not your typical Grind for XP setup. Magic, martial arts, and sub weapons all level up with repeated use. In the case of Jonathan, the use of subweapons increases the strength of the Vampire Killer whip.

You get tons of gold and stuff to sell throughout the game that will allow you to upgrade you weapons and abilities and this is satisfying. Individual characters have their own quirks and some exclusive requirements, but items can often be equipped across multiple characters, but it doesn't matter since you're just gonna use Alucard, right?

I've only played with Soma and Jonathan. Soma can conjure familiars that will level up, but his main attack is pretty damn slow.

Shanoa has this magnetic ability that is very useful in pretty much every level so far.
Sheep on August 2010
0