Registered User
March 2011 edited May 2011 in Artist's Corner
I don't want to seem like a dingus for this being my first post, but I just started a webcomic with my brother. We're both long-time readers of PA and we're hugely influenced by Mike and Jerry. I do the art and my brother does the majority of the writing. We make a podcast as well, and you could totally email us and we might read it on the cast. Anyway if you like PA (what are you doing here?), or if you like humor, you should read us.

Now is your chance to get in on the motherfucking ground floor of this bitch:
http://superbrophybrothers.blogspot.com/

[strike]If you're too lazy to go to the site[/strike] Or if you don't want to support site whoring by being talked down to, here's the first 2 comics. We update every tuesday, and we'll likely be putting a new podcast up each week as well. 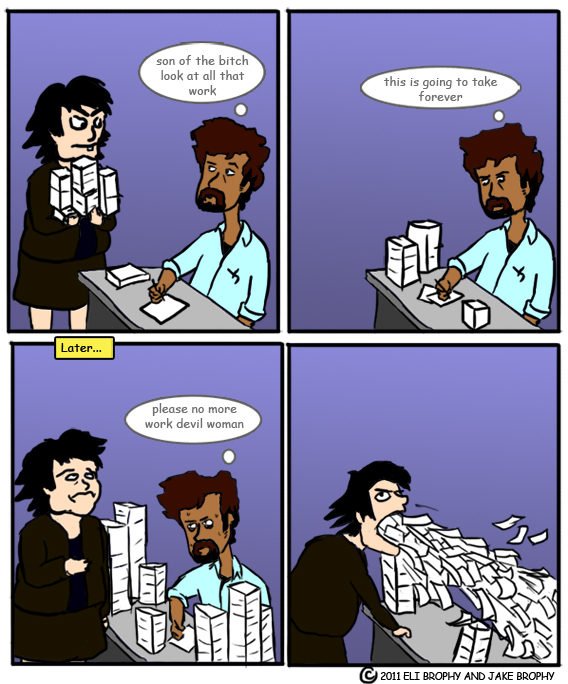