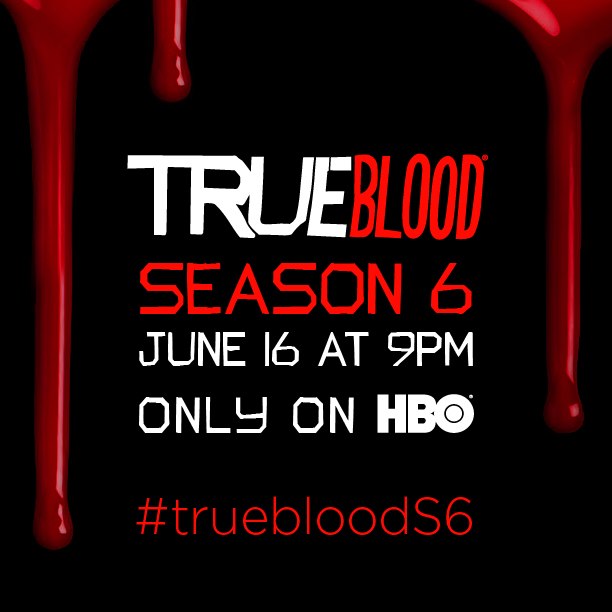 Most of the info continued from the season 3 thread...(Thanks CanadianWolverine)

Welcome to the fantasy world of Charlaine Harris' collection of Sookie Stackhouse novels as re-envisioned by Alan Ball and company, as seen on HBO Sunday nights currently in its 5th season. Its a world a lot like our own, only there is a twist, almost every fictional creature there is turns out to be real and the vampires are the first to tell the world they exist. For Sookie Stackhouse, played by Anna Paquin, who has a semi-secret of her own in her lil'town of Bon Temps since she can read/hear other people's thoughts, this sends her life and everyone in her world on paths they were never expecting to ever have to deal with. And we discuss if as this crazy shit happens to the characters if they are going to get naked or gore fest, so don't be shocked if you find yourself uncomfortable watching this with your mother-in-law or whoever.

Here is some previous thread and a bit of its OP:

The series takes place in the small Louisiana town of Bon Temps, outside of Shreveport. With the invention in Japan of artificial blood that meets their nutritional needs, vampires have "come out of the coffin" and are fighting for their rights as citizens.

Sookie Stackhouse, a waitress in a bar in Bon Temps, "hears" people's thoughts, and is mostly unable to control it. Then she meets a vampire named Bill when he comes into the bar. Sookie and Bill are the two main characters in the entire series.

The first book in the series is Dead Until Dark.


Thanks to Nerissa for some basic information.

Why Book Spoilers Are Likely:
Well, the show has pretty much diverged yet stayed mostly true to the books since then, so even if you have read the books, you are in for quite a few surprises still - so by discussing the show we may inadvertently be discussing things happening in the books - even if you already know about the faery. 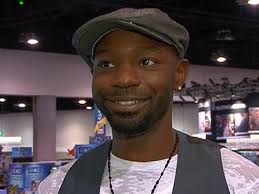 No, not that one, the magical kind. Oh wait... Nevermind, who knows how long that will be the case, because Lafayette is awesome but getting more awesome all the time. You got that Hookah?

So, come get your mind in the entertaining blood filled gutter, Sookie and friends certainly have...

Cade wrote: »
And for those that wanted an animated gif of Jessica doing her wave:
Ta da

Also a big thing some people might not know is that Jessica has a blog online, yes I said Jessica that has things posted in reference to how she's thinking/going through. http://babyvamp-jessica.com/

Cade wrote: »
Two gifs found that people will like.
Hoyt's one punch!
Jessica vs Tommy


So there's the previous OP with some info slightly modified for this season.

On August 11, 2011, HBO announced that True Blood would be renewed for a fifth season of 12 episodes, to premiere in summer 2012. Alan Ball signed a multi-year contract with HBO in July 2011, but only agreed to produce the show for the fifth season. After the season five finale, he'll leave his position as showrunner.

Season 4 spoilers and catchup cliffnotes:
- Bill and Eric killed Nan and are on the run. The authority will be revealed and this is probably the big theme and plot of Season 5.
- Tara shot in the face with a shotgun. Dafuq is gonna happen with that?
- Layfayette is now a medium and a super awesome brujo or however you spell it. Is that gonna go anywhere or will it disappear like Sookie's Grandad's watch that Jason was given? Will Jesus be a regular ghost on the show a la Dexter Morgan's dad?
- Sam was approached by a dark brown wolf on his porch outside of Merlotte's. It can't be Debbie because 1) she's a white wolf and 2) she was at Sookie's house with a shotgun, and Marcus got his throat crushed by Alcide an episode ago. Who the hell is this now?
- Andy's becoming sober from his V addiction after his little encounter with a fae in the woods. What was with the E.T. moment and the random sexual encounter? Will he think it was just a dream and get with Holly, the new wicken waitress?
- Terry has a new friend, but Arlene is scared because of the premonition from Renee. Renee mentioned that she shouldn't be scared of Terry, but the ghosts of his past. More ghosts/spirits this season? Why is the guy from Felicity in my True Blood?
- Jason and Jess getting heated. What's Jess gonna do next? More importantly, when is she gonna get naked next?
- Hoyt's a mess and hates Jason because "he only thinks with his dick" and not his friends and family. How is he coping with losing his girl and now his best friend?
- Sookie left both Bill and Eric instead of choosing either one of em. Whose supernatural pants is she going to get into next? (My vote is Alcide)
- But then again, Sookie shot Debbie's head off with the shotgun. Will Alcide look past that for what he said to Sookie in the bar?
- What's going on with Pam? She was jealous that Sookie was taking Eric away, but now that that's virtually over, what's gonna be her drive/use on the show? Besides being awesome with the quips and all.
- Last but not least, Alcide found the hole in the concrete that used to contain Russel Edgington. Does he know what he found? The garage man was glamoured into forgetting when the hole showed up, but Russel has been shown in trailers in a weakened and burnt state. Who dug him up? Why is he back?

Season 5 is rumored to be based upon the Authority, the political leaders of the vampires. It will explain their origin, where they come from, and more importantly who they are. So buckle your seat belts, it's finally time for some answers.