[East] 1st Annual PAX Cigar Smoker: The Cult of the Leaf - Friday night at 2 AM!

Registered User regular
February 2012 edited April 2012 in PAX Archive
Welcome to the First Annual PAX East Cigar Smoker, a.k.a., the Cult of the Leaf. This is a gathering to smoke pipes, cigars, and other tobacco products, and meet fellow gamers who enjoy the tobacco leaf. The event is purely informal, and it is recommended that everyone bring his or her own supplies (but sharing is always encouraged if you bring extra stuff).

Time: 2 AM, immediately following the Friday concerts. Weather seems to be expected to be comparable between Friday and Saturday, and I had said that, all things being equal, we'd go with Friday. I only anticipate a change if it turns out to rain then (currently the chance of precipitation is listed as 0%). If a sudden and unexpected shift in the weather does force a postponement, I will announce it on Twitter at @KoalaBro2 with the hashtag #PAXCigars. 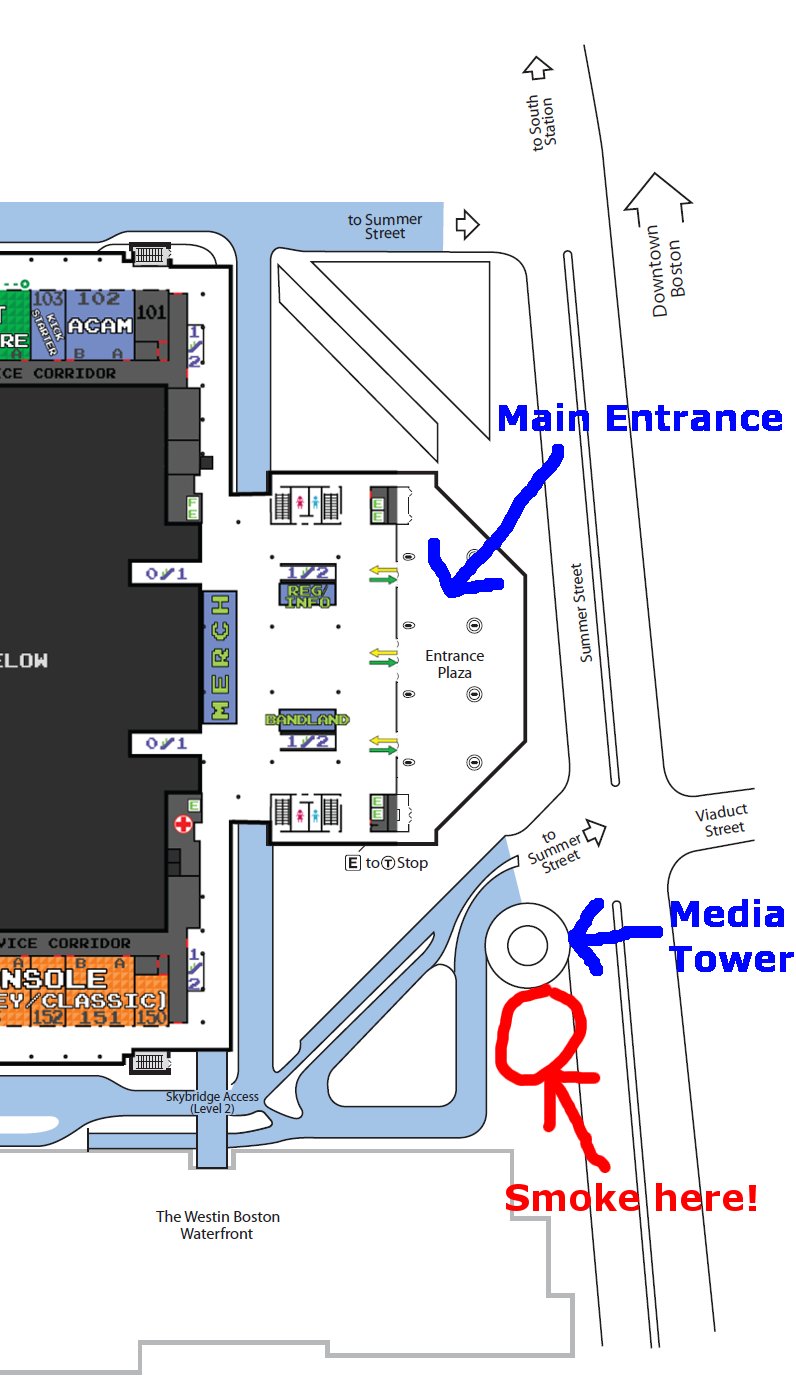 Weather preparation: As noted, weather is expected to be clear of precipitation. Friday's high is projected to be 55, low of 35. The daily low usually occurs around 6-7 AM, meaning that at 2 AM, we're likely to see something in the low 40s. I strongly recommend overdressing for the weather. Standing around, smoking cigars for upwards of half an hour is likely to be a lot chillier than dashing from the bus into the convention center, and being cold will substantially interfere with your enjoyment of the event. Whatever you would normally wear, add an extra layer. You'll be happy you did. If you're too warm, you can always unzip your coat. Last year, the BCEC had a very reasonable coat check (couple bucks, they'd hold as much stuff as you want, and lines moved efficiently even on Sunday when everyone was bringing their luggage from their hotels). I haven't heard any official word on whether the coat checks will be there this year, but I'm staying at the Westin, so if the coat checks don't exist, hit me up on Twitter and we can stash coats in my room if need be (as long as you're okay with the fact that you won't be able to get at your coat until 2 AM).

Disclaimers: Smoking age in the US is 18. Drinking alcohol on the streets is illegal for all ages. The importation of Cuban cigars into the United States is illegal in all quantities, no matter how small. While you're welcome to take whatever personal risks you like, methods of circumventing the law should not be discussed on this forum.

That's it, there should be no need for any more status updates on this lead post (again, barring a freak storm). See you Friday night!

To summarize the current status of this: we plan to have a gathering to smoke cigars, pipes, and other tobacco products on Friday night/Saturday morning, at 2 AM after the concerts get out, outside the BCEC. This is a purely informal gathering of people who enjoy smoking cigars and such, and would like to meet other gamers who also enjoy the tobacco leaf. People should plan to bring their own cigars (or whatever), but some kind souls may also bring extras.

Logistics: We'll pick an exact corner or whatever when the event gets closer (I'll post a map with an X on it so people know where to go). This is all weather permitting, of course, so the plan may be subject to change depending on what the weather report turns out to be. We'll confirm the plans on Monday, April 2nd, and at that point the details will be official, unless a freak change in the weather forces a last minute change (which I will announce via Twitter with @KoalaBro2 and people may use the hashtag #PAXCigars).

Warnings: First, even if the weather cooperates, it is likely to be at least slightly chilly. Plan to overdress for the weather, because what may be comfortable to walk from the cab to the convention center will not be comfortable for standing around for an hour smoking cigars. The BCEC had inexpensive coat checks last year, which I advise you to make use of. Second, drinking alcohol in public is illegal in Boston. Also, importation of Cuban cigars into the United States is illegal, even in small quantities for personal consumption. Personally, I don't care what you do, but please do not discuss methods of circumventing the law in this thread.

I've explored hosting the event at local cigar bars, but they have unfortunately been either too expensive or totally non-responsive to my requests for information. So we're pretty much stuck with doing this either out of doors, or not at all. The next update to this thread will probably not be until a week or two before PAX, but it is still happening. There's just not a lot of planning that needs to be done

Original post:
So just a random thought I had while putting together my trading card (which, for the second year in a row, has a picture of me smoking a cigar): would anyone be interested in a cigar gathering? I haven't thought through the details of this yet, except to confirm that, of course, smoking is banned indoors in Boston, including in all hotel rooms. Maybe this is something we'd want to do in the afternoon/evening, maybe it's something to do at 2 AM while folks wait for the cab line to clear out, maybe it's a good Thursday night event. I really don't know, I'm just curious to gauge potential interest, and if there is interest, ideas about when/where to conduct such an event.

If there's newbies, I'd certainly be up for bringing a box of mini-cigars (cigarillos) to pass around, but I'd envision this as the sort of event where most people would bring their own. Pipe smokers would certainly be welcome, although since we'll be outdoors, my own experience (as a long-time smoker of both) is that you'll be happier with the convenience of a cigar. Cigarette smokers would certainly also be welcome, but since a cigarette only takes a minute or two to smoke, I'm only interested in organizing this if we have at least a couple cigar/pipe smokers who are in for the full half-hour or so it takes to smoke one of those.