This is the old MechWarrior Online Thread

Join the Steam Penny Arcade MechWarriors Group for hot 'Mech wang action
And to play with others in the beta, sign up on the spreadsheet and join the PA vent:
host: vent20.gameservers.com
port: 4384
password: you should probably know already 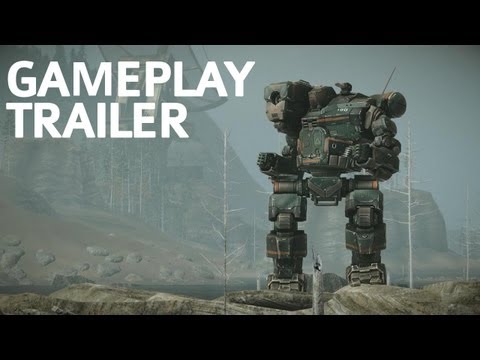 Buy into the Founder's program, get instant beta access

Inner Sphere News, the twitter feed for all your official MechWarrior needs

MechWarrior 5: What's the Scoop?
MechWarrior 5 is a reboot of the classic MechWarrior franchise. It's NOT a MechAssault game, it's a MechWarrior game, which means simulation, customization, blowing off limbs, heatsinks, and a robot female voice playing while you sit inside your mech cockpit furiously pressing buttons to stop your ammunition from exploding while your lancemates fire volleys of 20 missiles into an unending stream of giant enemy robots that are trying to kill you with lasers.

MechWarrior 5 is actually MechWarrior Online, though. It's a free to play MMO that will follow (in real time) the Clan invasion of the Inner Sphere, which is a thing. We don't know much yet but here is the website.

I Played MechAssault on my XBOX and It Was Boring. Why do I Care About This?
Yo fuck MechAssault. MechWarrior is a venerable franchise that, as far as videogames go, dates back to MechWarrior, which was fun but was made before graphics were invented, MechWarrior 2, which was sweet but mostly just a prelude to MechWarrior 2: Mercenaries, which is one of the best games ever made. MechWarrior 3 was by all accounts sort of fun and MechWarrior 4 was mostly just a prelude to MechWarrior 4: Mercenaries, which was also pretty sweet and which is FREE TO DOWNLOAD FOR EVERYONE! The MechWarrior games are simulations and damn good ones, too. There aren't too many complicated buttons but there are enough, and the HUD ends up looking a bit like an F-14's HUD looks like if the F-14 was designed to blow off the legs of an enemy F-14. With lasers.

MechWarrior 4
MechWarrior 4 is free too. MekTek, which released tons of awesome mech "paks" and stuff for the game, has been given the rights to release it because god loves MechWarrior and is smiling on us fans or something. The free version comes with MekPak 3.1 which adds even more stuff and adds the new 'mechs into single player. This is probably the best MechWarrior single player experience right now.

MechWarrior: Living Legends
Living Legends is a kickass Crysis Wars MechWarrior mod. It's almost professional quality. The graphics are stupendous and they've done more than just add 'mechs: you get a bunch of the air vehicles and ground vehicles, too, plus Elementals if you're silly enough NOT to want to pilot a giant walking tank. The mod is multiplayer only and it even has Solaris arena matches in there. Definitely check this out if you have Crysis Wars, because it's free (as long as you own Crysis Wars, duh). Here is the Penny Arcade forum thread for this game.

MechWarrior 2
MechWarrior 2 is not free but if you own a copy already (like, say, MW2: Mercenaries woooo) you can get it running on Windows XP (and Vista and 7?) with MechVM. Install MechVM, put your CD in, and tell MechVM to install from the CD. Bada-bing, it runs fine. I'm playing Mercenaries right now and I'm stuck on an early level where I have to escort some people to a prison that the AI keeps blowing up in order to make me lose. An alternative is to use MW2hook which works pretty well but is a bit of work to figure out.

MechWarrior 3
MechWarrior3.org should have everything you need to get up and running with the worst game in the series since MechWarrior 1. That said, it's still a pretty good game. I don't think there's ever been a bad MechWarrior game really.