Conclave: a tabletop-ish co-op RPG for your browser

Conclave is a tabletop-inspired co-op RPG you can play from any modern browser and at any pace. Parties of up to four players work together to complete quests that are a mix of turn-based tactical combats and group decisions driven by the story and the skills of the party's characters. You can play in realtime when your party is online together and asynchronously, Words With Friends-style, when you're not.

The beta includes all the quests and features we've created so far and will be open to everyone at least through Saturday, Sep. 22. 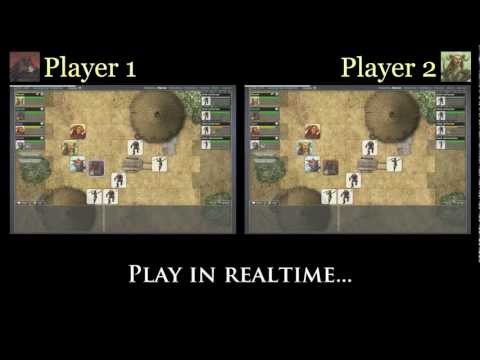 Conclave was designed and developed by the two-person development team 10x10 Room, with help from artists Chris Rahn and Devin Night and composer Sam Hulick. We were inspired to create it because we've found it increasingly difficult to schedule regular gaming sessions (either tabletop or MMO) with our friends; between family, work, and other interests, it's rare that we're all free at the same time. As a result, Conclave combines multiplayer RPG storytelling and cooperative gameplay but doesn't expect you to sacrifice your life to it. Since it uses HTML5/JavaScript rather than Flash for its client, you can play from pretty much any device with a browser, including desktops, laptops, tablets, and smartphones.

We'd love to have you try out the beta and tell us what you think either here or through one of the other options below. And if you like it, please help us spread the word!