Where No Man Has Gone Before, Episode 1, "Pilot": Scene 2, Onboard the USS Anansi

KEY DATES
Auditions (Signups): From now until we have 6 PCs.
Posting Schedule: Flexible, ideally, once a day from each PC, but don't sweat it. 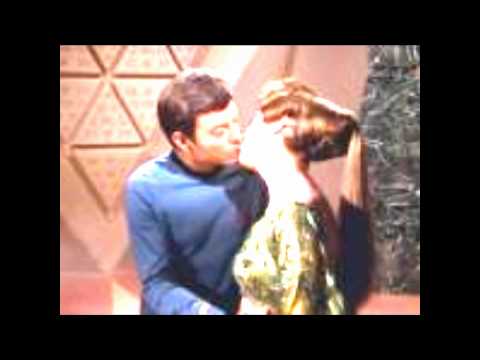 To quote the rulebook: "This is a game about a five year mission, a world where special effects never progressed beyond painted Styrofoam blocks and cheap double-exposures. The 70's were still The Future and Klingons had smooth foreheads. The idea of a Star Trek movie was a laughable proposition and nobody thought twice about planets full of Nazis and space hippies.

Adventures take place in Episodes, over the course of a Season. If you're comfortable with the Shatnerian school of acting, can spontaneously hum snippets of the original soundtrack during appropriate scenes and have no problem with outrageous accents, this is the place for you."

Specifically, "Pilot" tells the tale of a group of wet-behind-the-ears Starfleet officers who get caught up in a dangerous rescue mission during their first away stint on the Constitution-Class USS Odysseus.

AUDITION INFO:
Please fill out the following information and submit it to the above listed Audition Location (this thread), marked with !Signup. Feel free to refer the core rulebook, player quickstart guide, Controlled Implosion expansion, or optional Lifepath generator for assistance.
NAME:
SPECIES: All species allowed. Feel free to create your own if there's a species from somewhere else in Trek history you'd like to play
CLASS:
SHIP POSITION:
RANK: Green Ensign

TRAINED SKILLS:
TALENTS: Per the rules, choose three--two at first level, and one for reaching third level.

Any questions, feel free to ask.
Podcasts: Party Of One | All My Fantasy Children | Talkin' Nog
Dex Dynamo on October 2012