Registered User regular
January 2013 edited October 2013 in Games and Technology
If you hang around dedicated retro gaming forums like Racketboy, you may have noticed a recent trend in people putting together retro gaming PCs. Unsatisfied with modern solutions such as DOSBOX, the aim of such projects is to create a gaming class PC that doesn't rely on emulation, utilizing vintage hardware. Typically, people build two class of retro gaming PCs - either a pentium class for early 3D gaming, or a 486DX class for early 2D gaming. Pentium class PCs aim to build a PC that is good for gaming from about 1995-1999, typically something like a Pentium II or Pentium III with a Voodoo 2 or Voodoo 3 video card...stuff around that level. They aim to run games like Quake II or Dark Forces, stuff that requires 3D acceleration. That's not quite what I've put together, although building a pentium-class retro PC interests me too.

Rather, I went with the good old 486DX. My fondest PC gaming memories are from my old 486DX. It wasn't my first PC - I had a CGA 8088 that I played the shit out of castlevania on - but my 486DX was the first PC to offer games that rivaled what I was playing on my consoles at the time. 486 PC gaming is characterized in a few ways - it typically showcases 256 VGA palette-indexed color, music tended to be midi from a SoundBlaster compatible card, the Gravis Gamepad was the controller supreme, and most everything was MS-DOS. There was also a heavy focus on 2D gaming, in genres more often seen on consoles than PC, with Apogee and Epic MegaGames providing everything from PC exclusive Shmups, Fighting Games, and Platformers, to normal PC fodder like Adventure and FPS games.

My goal for this DosBox was simple: I wanted a streamline box containing authentic hardware from about 1992 (no emulation or virtual PC) that would be powerful enough to run any 486-class game, that could output to my SDTV, that could be entire controller via a gamepad. The great thing about building an old computer like this is that I had most of the parts just laying around unused in closets for years now. I used a compaq Deskpro 33i as my case:

I've got a 33 mhz (80 mhz in turbo mode) 486DX inside with 32 mb of ram. I used an old S3 Verge ISA video card for VGA out, and installed a SoundBlaster 32 for my soundcard. The Soundblaster provides me a gameport, too, which I've filled with a variety of controllers. In addition to the usual Gravis gamepad, I also picked up a new Fighters 6 gamepad from capcom:

I got this controller originally as a pack-in with Mega Man X and it was by far my favorite PC controller of the time. It was the only 6 button gamepad for the PC I saw for a long time until this:

I picked up new versions of both the Fighters 6 gamepad and the interact PC Gamepad 6 to go along with my gravis gamepad. I've popped in a 500 mb HDD so that I don't have to swap disks for the games I have on floppy. To get the box to my TV, I use this:

A super cheap VGA->TV converter. You can get these for $10 on ebay, and they come highly recommended by those who have them. Apparently they don't induce lag or latency, and they have built in picture adjust so you can make your image fill an SDTV accurately.

Thus far I have Windows 3.1 on the thing:

However I plan on booting up directly into Game Launcher, a light weight DOS game launcher that can run batch programs. It has support for 256 color screenshots which'll display behind the games list and can be controlled from a PC gamepad:

This'll let me launch my various dos games with a smooth, console-like interface so that I'll never need to use a keyboard and mouse to navigate except to exit games.

Speaking of the games, I've busted out my old favorite DOS titles and I've been having a blast. The following are the games I grew up with and have been replaying the shit out of:

Commander Keen. I don't have the whole series, but I have all of the newer ones (plus Keen Dreams) and they're better than the old ones anyways. Infamously running on a cloned Super Mario Bros 3 engine, it's probably the premiere retro-PC platforming series.

Wacky Wheels, Apogee's answer to Mario kart that looks nicer, but doesn't play quite as well. It's better than most of the other copycat games of the time like Atari Karts, though, and is still a lot of fun. X-Wing and Tie Fighter - The 3rd game, X-wing vs Tie Fighter, is more for pentium class PCs, but the first two run well on a 486. The original X-wing was one of the most engrossing games I'd ever played - I got it along with an analog flight stick at the time and got completely sucked in. These games are still a blast to play, feeling like a good mix of sim and arcade.

Tyrian isn't the best DOS shmup nor the best remembered, but it was the first one I got and still probably my favorite. The art style still looks great, evoking that strong snes style.

THIS is the shmup people remember. Raptor: Call of the Shadows is a cult classic today and remains a blast to play. Jazz Jackrabbit - I confess that this was my platformer of choice when I was younger over Keen. A blatant rip off of Sonic the Hedgehog that, above all else, is done well. Made by CliffyB - yes, that CliffyB.

Jill of the Jungle - Awesome action game that never got the sequel it deserved. Hocus Pocus - this game seems to get overlooked when people talk about classic PC games, but it was one of the better action games at the time.

Descent 2, I remember being very disoriented by this game early, since there is really no sense of gravity. It's like playing doom, but all around. Super Street Fighter II Turbo - believe it or not, this was the first version of Street Fighter I owned, although I had played the game countless number of times on the genesis, SNES, and in the arcades. I didn't know there was a difference between turbo and regular and I'd be confused when I'd go back to regular Super Street Fighter II and couldn't pull off super moves. An outstanding port that is beyond the 3DO port, but just a shy behind the saturn version. WWF: Wrestlemania the Arcade game - Acclaim started pumping out arcade-perfect DOS ports in 1995, and this was the first I picked up. I remember downloading a huge faq off of compuserve and really getting into the combo system in this game. Mortal Kombat II - I LOVE this port of the game. This is still my favorite home port. It looked, sounded, and played sooooo much better than the genesis and snes ports at the time. It was the closest home port to the arcade version for many years (and still is if we're not counting emulation). It natively supports the gravis gamepad, which only had 4 buttons instead of 5.Thus, the two punch buttons were merged into one and the moves changed to reflect this. You basically have to write your own drivers to get this game going - it used to take me DAYS to get it running - but once you did it was so awesome.

Rise of the Triads - probably the best "doom clone" prior to Duke Nukem 3D. It invented dual wielding.

Doom. the big motherfucker. No introduction is needed. I remember when I first got the game - appropriately enough a bootleg from a neighbor. It was so far ahead of anything else on any system that it demanded your attention. Unlike Wolfenstein 3D, it was dark and a graphical showcase. Probably the most iconic pc game of all time.

Terminal Velocity. this one got a sequel called Fury 3 exclusively on windows 95. Great shmup that I used as a replacement for starfox for many years. It's actually quite different, playing more like fantasy zone where you need to clear all the bases on a planet before moving on. I like the tunnel sections.

One must fall 2097 - the best fighting game on the 486 by a long shot. Technically hundreds of characters to play from, it's surprisingly deep with regards to secrets. It's a shallow fighting game by today's standards, but still a lot of fun.

Epic Pinball - my favorite video pinball game. I got this game piece by piece from a blockbuster video promotion where you could get one disc out of 8 for every 2 rentals. Over a summer, I eventually wound up with the full version of the game, one disc at a time. Incredible music and graphics for the time.

Duke Nukem II - the best action game on the entire platform. Today duke nukem is either remembered as a joke (forever) or a pioneer (3D) but the original 2 are how I remember him primarily.

Mega Man X - this is my favorite 486 game. I have played this more than any other 486 games by far, and I played this years and years before getting the SNES version. This port is actually great for the platform, being handled by capcom themselves. There are a few cuts - namely the robot suits are missing - but the biggest change is the music. The SNES version sounds weird to me because I grew up with this: 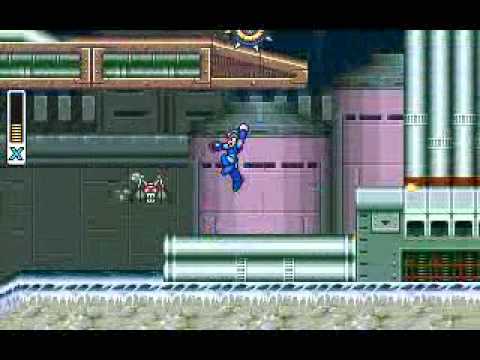 I have a ton of other PC games that I need to try out, but those are what I've installed so far. Anybody else tried building something like this, or care to simply reminisce about great dos gaming?
TheSonicRetard on October 2013