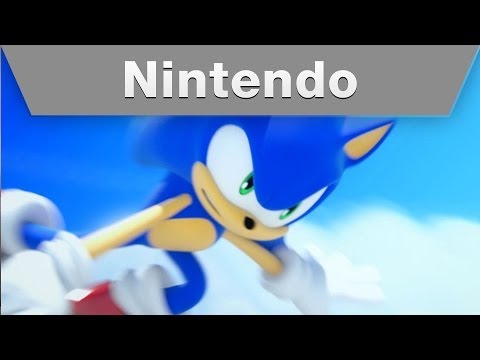 May 28th - Sonic: Lost World has a trailer now

May 17th - Sonic: Lost World has been announced on a Nintendo Direct as a WiiU and 3DS exclusive title (First Screenshot here). Along with another Mario & Sonic Olympic title, this makes up a deal for three exclusive Sonic games on Nintendo hardware. Sega Press Release

May 15th - The remastered version of Sonic 1 using the Retro Engine has been released on mobile platforms. Tails and Knuckles are even playable this time around. No Way? Yes Way!

March 30th - Sonic Dash has switched from a paid download to Free to Play. This change also brings new features like Daily Challenges and some other stuff.

March 19th - A mod has been released that ports the Daytime levels from Sonic Unleashed over to Sonic Generations for the PC. Check out the ModDB page for details, the download, and a trailer.

March 7th - Sonic Dash, an infinite running game, is out on iOS.


There's a fantastic looking hardcover book that recently came out called The History of Sonic the Hedgehog. Sonic 1 Remastered using the the Retro Engine (Mobile) - May 2013