[Dungeons and Dragons: Neverwinter] It might have become Winter.

WARNING: Not all content can be bought with Zen. Make sure you can buy something with Zen before you drop money on Zen. See Page 48 for more details.

The Penny Arcade guild, What A Nice Guild, is on the server Beholder.

An MMO set in the classic Forgotten Realms, the Iconic city of Neverwinter, setting of D&D and using 4th Edition rule set.

How is it structured?

It’s pretty much a spoke and hub design. The main city of never winter is broken up into little open world hub that have quests that are both open world and instanced.

Why would I want to play it?

Do you like high fantasy, D&D, Action combat, the Forgotten Realms, or making your own stories for other to play? If the answer to any of these questions is yes there is something here for you to enjoy. 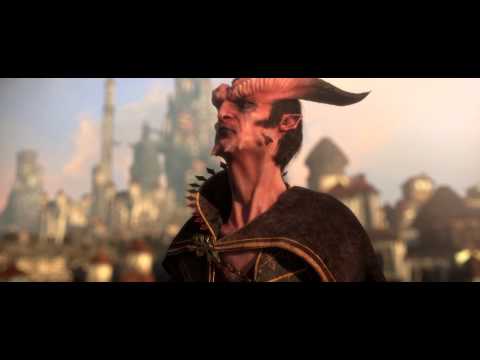 Combat is run like an action game with some hot bar MMO elements. It has a non standard control setup with the mouse look enabled.
Abilities are broken down into categories like so:

The other reason to play it is the foundry. The foundry is the place where intrepid storytellers go to build quests, dungeons and even long quest lines for other players. The hope is that this will give the game longevity. I plan to update this section with information on how to use this system in the future.

Pretty standard starting set of races here.
There are Human, Elf, Half-elf, Wood elf, Half-Ogre, Dwarf, Halfling, Tiefling, Drow (only available to founders until 60 days into the game)
I’ll add the racial bonuses to each class and give some flavor text soon.

You can pick up a companion to fight alongside you. These are pretty much soulless beings so no getting to know them like in SWTOR but at least you’re not alone out there. You can only have one active at a time but own many of them.

Power points are gained each level. You can spend them on powers as you see fit but be aware that you will not have as many points as you would need for you to max all of the powers. Be prepared to drop 2-3 of them if you wish to not need to respec later for a costly 600 zen.

Feats are separated into two tiers. They make a certain aspect of your character stronger. Feat respecs cost Astral Diamonds.

Crafting runs in a queue like system. You set up the jobs and walk away. Each job will tell you how long it will take and what it requires to run. There are five trade skills and they are Leadership, Mailsmithing, Platesmithing, Leatherworking, and Tailoring.

They do what’s pretty much advertised on the tin except leadership which gives XP and different forms of currency.

You can work on crafting (and use the auction house) from a browser by going to gateway.playneverwinter.com
Economy:

There are many types of currency in this game. Knowing what each does will be pretty important as you move along on your journeys.

There are also two currency that are gained by invocating at an alter after you reach level 11.
Courtesy of Arch:

We play on Beholder.

What A Nice Guild is led by CorriganX. The best thing to get in is to just add him to your friends list if he’s on. Information of other people to add to get into the guild is forthcoming.

Digital Syn has been a very gracious fellow and provided us with a TS server:

“Don't forget the General PA TeamSpeak Server is available for use:

I've already created some channels for the game. Please let me know if there are any issues.”
Mostly just huntin' monsters.
XBL:Phenyhelm - 3DS:Phenyhelm
Seidkona on July 2016
0
«1234567…57»