DreadChase is a sci-fi FPS set in space with a focus on combat, stealth and AI mechanics. You are tasked with escorting a base on a perilous journey through hostile space. A vast military fleet is in hot pursuit and the path ahead is saturated with hostile forces and exotic threats. The hostile forces use powerful hunting AIs and search patterns to try to discover the location of both you and your base and seek to terminate you with extreme prejudice. You must eliminate threats, scavenge supplies and evade pursuit while trying to outrun the fleet sensors. 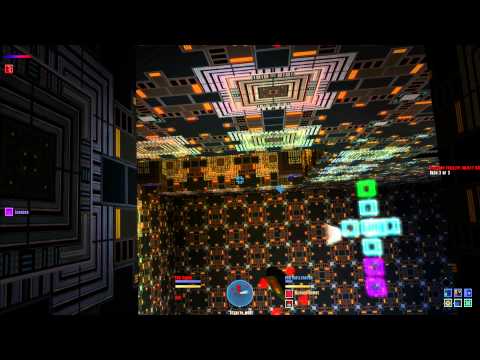 A playable demo has been released and is available at: http://www.dreadchase.com

The demo involves a single static scenario where your base has a crippled warpdrive and is unable to escape. There is a small military base nearby which is unaware of your presence. The demo lets you see what infiltrating an easy base is like, the combat & stealth mechanics, 6dof navigation and so forth. I prevented your escape to ensure that you get to see what it is like when the hostile forces locate your base and proceed to tear it apart. The demo is representative of the kind of threats faced early on in a campaign. You are only faced with low-tech military hostiles, dangerous only in groups or when they have cornered you.

I highly recommend playing through the tutorial regardless of your familiarity with FPS game.


The full game has a great deal more content. While the demo is static seed (same every time) the full campaign makes heavy use of procedural generation along with a wide variety of scenarios and is different every time. This involves a much larger variety of ships, weapons, dimensions, scenarios, transwarp battles, aliens, derelicts, minefields, nukes, etc. You get to influence the types of threats you are facing as you decide on which dimensions your base will travel through.

Try out the demo, this title is unique and playing it helps convey so much more than a video ever could. You will understand why the theme is 'dread' when you are desperately trying to hide from packs of hunter-killers while trapped in a transdimensional fortress...


DreadChase will be on exhibit at PAX Australia 19-21 July 2013 over in Melbourne. I'll be in the indie pavilion so if you are attending then be sure to come over and say hello