Registered User admin
June 2013 in Indie Games
An open-source roguelike survivalcraft game set in a near-future apocalypse. Originally developed by a man named Whales over the course of several years as Cataclysm Roguelike, it achieved some popularity but development eventually came to a halt. In January, a new version was relaunched as Cataclysm: Dark Days Ahead.

Currently available for Linux, Windows, and Mac, you can download and play the game from the our website. .

To get a really good overview of the game, I'd really recommend watching the following youtube video:
http://www.youtube.com/watch?feature=player_embedded&v=GurxnNDl1AU
Aavak does a great job on hitting on the high points and giving a good introduction to the game. For those who aren't keen on videos...

[size=14pt]What is Cataclysm: Dark Days Ahead?[/size]
An open-source, open-world sandbox roguelike set in a terrible future, where the dead don't stay dead, there's a new and terrible threat around every corner, and you might just end up becoming a monster yourself.

You are a survivor of the end of the world. The dead rise, and change into ever more deadly forms. You'll have to avoid or defeat them to scavenge materials from town, and make what you can't scavenge. Perhaps you'll reinforce a safe house as a base of operations and go on a mission to cleanse the city - or perhaps you'll steal a truck, load the back with supplies, and head out into the countryside. Unfortunately, the zombies aren't the only, or worst, threat this world has to offer. Tear your truck down, and rebuild it as a death machine covered in spikes and flamethrows. Stock up on ammo, and tweak your guns for maximum performance. Build some traps surround your safe and throughout the nearby woods, both for protection and food. Consume a variety of drugs, both medical and not-so-medical, for fun and profit, just be careful not to overdose or get dependent on them. Drink gallons of mutagen, or replace your weak flesh with superior components of plastic and metal, until you're barely human. When you're ready, explore the research labs for the secrets to the terrible thing that happened to this world. 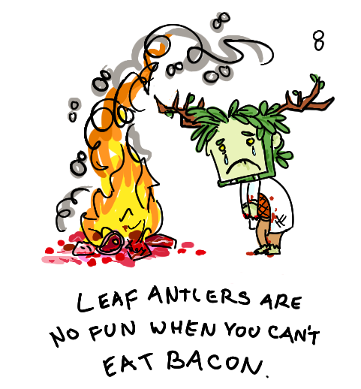 When you've finished playing the game, dive in and change it yourself - it's an open-source source game with ever expanded modding capability. Changes are added every single day, and a new version with new features is released every month.

It's a hell of a ride, and it's only getting better.