For when you just gotta have that genuine space opera RPG feel and don't mind shelling out a few hundred thousand credits on the GTN or a few bucks on the Cartel market for pretty space princess clothing and Tauntaun mounts. This is the SWTOR MMO thread wherein we continue to roll alts, crush warzones, share stories of roleplaying joy and LFG sorrow and post spoilers in spoilers.

Have a comprehensive video that explains a lot of the game's mechanics, story stuff (no spoilers) and the nature of F2P and SWTOR. For more specific inquiries, ask in the thread and one of the PA regulars can give you answers. 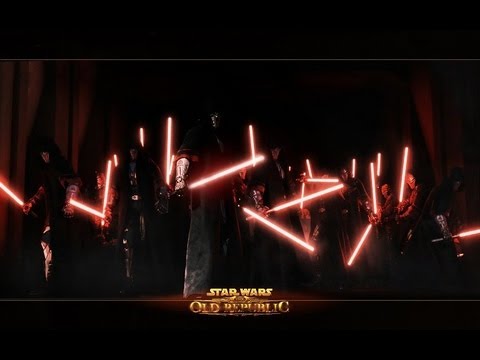 PA peeps that play are easy to find in this thread and frequent the servers The Shadowlands and Jedi Covenant. There might be one or two others active on other servers but the main people who still play are on both factions on those servers. That's not to say there's a lot of us, but we are still enjoying the game's stories and rolling alts as well as PvPing and LFGing it up.

The launch PA guilds on Shadowlands are both defunct, mostly the Republic one, but Remarkable Circumference merged with a pub guild on the Imp side a while back and still has some PA peeps in it as well as players who semi regularly run flashpoints and Ops. Ask in thread for specifics on an invite.

NEW: Some helpful tips for starting out in the new Galactic Starfighter PvP minigame: