Play [SPELUNKY] With Us Every Day Until You Die 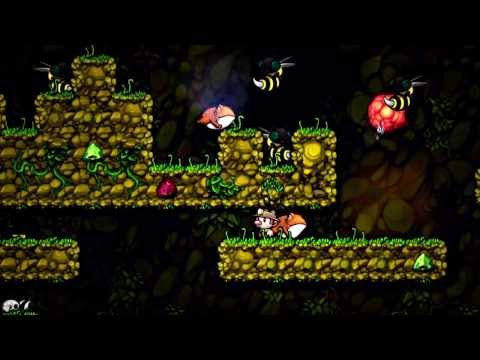 Spelunky is a platformer where you play an interpid adventurer who enters a cave looking for treasure. The twist is that the game randomely generates the levels each time, and it's balls hard. Success in Spelunky comes not from the quick reflexes it takes to jump on spiders or whip bats but rather from foresight, resource management, and good decision making.

Or, in other words, this is Spelunky.

Spelunky is awesome because you can play it basically forever. It has a ton of things to learn, like most roguelike-likes, so much of your time is spednt figuring out what various enemies or items do, how to navigate certain traps, and so forth. Then, as your skills improve, you realize the game is much deeper than you thought, and you begin to play differently. Finally, the game has all sorts of secrets which give you ways to beat the game more impressively or visit secret levels and so on. It's different each time you play and constantly evolving along with your skills.

Even better, all the various elements of the game, which are at their heart simple, combine in unexpected ways to add serious depth and unexpected hilarity. An errant rock pushed by your bomb rebounds off the wall, striking you in the head and causing you to fall, unconscious, onto an altar to Kali, so the dark goddess immediately accepts the sacrifice and ends your life, and your run. Or you throw an error from a dodged trap at a snake, only to miss and hit an exploding frog, whose death kills a pug and angers the shopkeeper that was selling licks from the pug. The shopkeeper chases after you with a shotgun until you die.

Or, in other words, this is Spelunky: 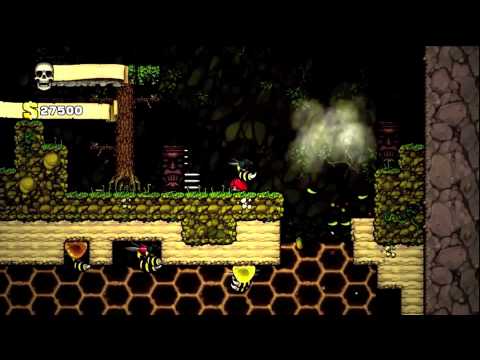 Spelunky begas as a free Windows game which is much like the game we have now, but with less stuff in it and pixel graphics. The latest version, Spelunky HD (or just "Spelunky"), is out for XBLA and PC. It costs money and it has updated hand-drawn graphics, along with a ton of new stuff. It's pretty dope.

One cool thing about Spelunky is the Daily Challenge. Each day, every play can play it: you get one go on a randomly generated map which is the same for every player. Compete against your Steam friends list to score the highest on the daily challenge!

So let's play the Daily Challenge! Every day! Until we die! Or get bored!

We can model ourselves after the Spelunky Explorers Club, a community of people who play the daily challenges, discuss each others' runs, and stuff. So, record your runs! Comment on other peoples' runs! That's partially what this thread is for, but I also made a Steam group for our club, which I have dubbed the Penny Arcade Spelunky Team. Join us!