Dwarfs, Gold, Skeletons and Dragons, Goldbeard has it all. (Android app)

Administrator, ClubPA admin
May 2014 edited May 2014 in Indie Games
Hello everybody,

Our little group of developers, PunchScreen Games, has just released the app version of our first game on the play store. It is completely free so please give it a quick look see and we hope you enjoy. 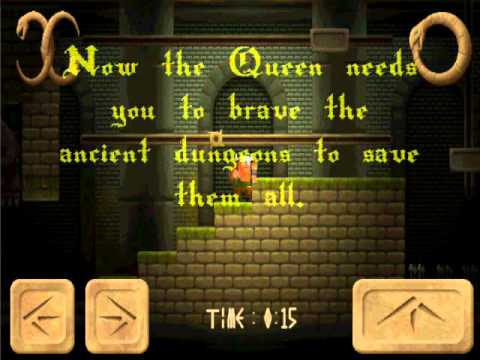 When the Queen of the Dwarven kingdom discovers that the Dwarf Kings’ huge party has spent every last coin and drank every last drop of ale she goes to the one dwarf she knows she can trust, Goldbeard. Can he negotiate his way through the dwarven dungeon and fill his magic sack with gold and ale, saving the day for his Queen and the entire Dwarven kingdom!

It is up to you to help Goldbeard navigate the 40 halls of the dungeon, each more deadly then the last. Open the doors to travel deeper into the dungeon all the while collecting as much treasure and ale as you can carry. Be wary though, as Goldbeard can only see within the limits of his torchlight and many pitfalls can befall the unaware.

Platformer game with 40 halls to explore – Timing and judgement is everything and Goldbeard carries no weapons with him on his journey. He must rely on speed, agility and cunning to survive.

Encroaching Darkness - Goldbeard’s torch can only keep the cavernous halls of the dungeon illuminated for so long. If the onscreen timer runs out, darkness descends and you will have to restart the level.

Locked Dungeon Doors - Doors are opened by dropping Ruined Blocks onto Pressure Switches.
Treasure and Ale - Do not forget your purpose in the dungeon is to get enough coin and ale to keep the kings party going long into the year…

Ancient Skeletons - The ancient remains of Dwarves long since passed, doomed to roam the dungeon for all eternity.

The Dragon - Nobody has ventured into the deepest hall of the dwarf’s dungeon in eons but the old stories say it is now the lair of the Dragon, and once the journey through the halls begins it is the only way out.

All original artwork and music – Created by the team at Punchscreen Games.

Tube on May 2014
0
Sign In or Register to comment.
Penny Arcade Forums › Indie Games
Powered by Vanilla