The Seventh Annual Triwizard Drinking Tournament! It all ends....

Event DesignerLong Beach CARegistered User regular
July 2014 edited August 2014 in PAX West
Oh, the torment bred in the race,
The grinding scream of death
And the stroke that hits the vein,
The hemorrhage none can staunch, the grief,
The curse no man can bear.
But there is a cure in the house,
And not outside it, no,
Not from others but from them,
Their bloody strife. We sing to you,
Dark gods beneath the earth.
Now hear, you blissful powers underground –
Answer the call, send help.
Bless the children, give them triumph now.
(Aeschylus, The Libation Bearers)

Death is but crossing the world, as friends do the seas; they live in one another still. For they must needs be present, that love and live in that which is omnipresent. In this divine glass they see face to face; and their converse is free, as well as pure. This is the comfort of friends, that though they may be said to die, yet their friendship and society are, in the best sense, ever present, because immortal. (William Penn, More Fruits of Solitude)

Dark times are upon us, the headmaster has fallen, and the Drunk Lord's forces have taken over. The final battle is here, prepare your houses, steady your wands, and train your stomachs. Use the knowledge you have gained from your studies, cherish the friendships you have made, and strengthen the bonds that bind us, for in this year, it all ends.

The Triwizard Drinking Tournament is an annual bar crawl/scavenger hunt that takes place in Seattle and coincides with PAX Prime. Participants are encouraged to come in costume and meet other PAX attendees before the convention begins. Whiskey Wizardry is the quickest way to make new friends.

How To Participate
Updated 7/31

As the years before, you are allowed a +1 when you order your ticket. PLEASE DO NOT ADD A +1 IF YOU ARENT GOING TO USE IT! Suspicious orders or orders abusing the system will be cancelled at our discretion, so please, lets all be honorable witches and wizards. Each attendee will be asked for a $1 donation for their scorecard and house button. All proceeds from the evening will benefit Child's Play so donating more is encouraged and depending on your house there will be more opportunities to donate throughout the night. 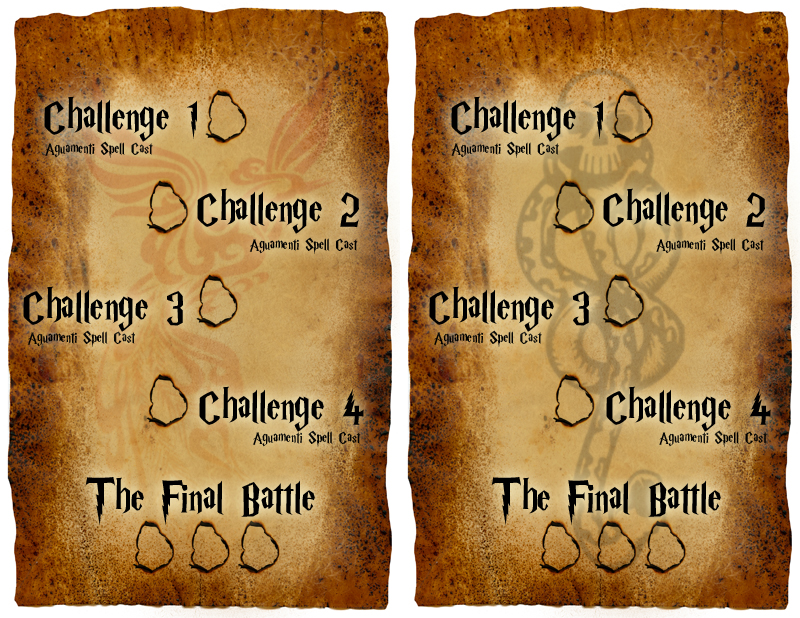 Gryffindor values courage, daring, nerve and chivalry. Its mascot is the lion, and its colours are scarlet and gold. This house corresponds roughly to the element of fire. The founder of the house is Godric Gryffindor. 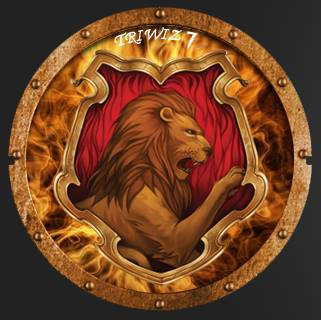 Like Salazar Slytherin, its founder, Slytherin house values ambition, cunning, and resourcefulness. The book also suggests that the hunger for power is a characteristic of Slytherins. The animal representing Slytherin is the serpent, and the house colours are green and silver. Slytherin House seems to have attracted more evil wizards than any other house, including Voldemort himself and almost all of his supporters...except for the ones who join the Order of the Phoenix. 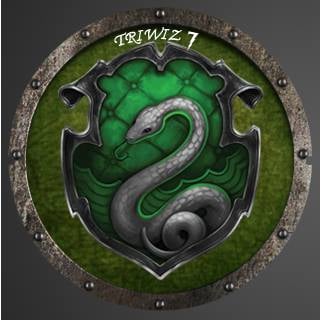 Ravenclaw values intelligence, creativity, wit, and wisdom. "Wit beyond measure is man's greatest treasure" is an oft-repeated Ravenclaw proverb. The house mascot is an eagle/raven, the house colours are blue and bronze (changed to blue and silver in the movies). 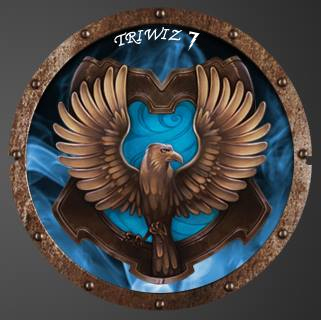 Hufflepuff, founded by Helga Hufflepuff, values hard work, loyalty, tolerance, and fair play. They are afraid of ghosts, sheets with holes, and regular sheets. The house mascot is the badger, and canary yellow and black are its colours and corresponds roughly to the element of earth. 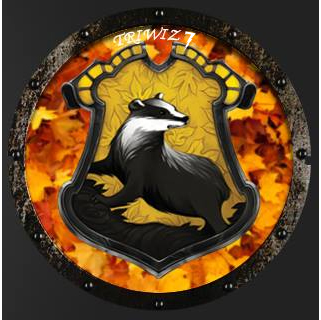 The Challenges
Challenge 1 - THE ESCAPE

Pick a teammate from your home team. Create a polyjuice potion for the two of you, using your favorite ingredients to make one drink split into two shots.

The Order has been CAPTURED!! DE casts their most devious spell, OotP cast a counter spell. Challenge your opponent to rock paper scissors, winner decides who drinks which drink.

Everything you touch doubles, then doubles again!! Both drinkers must down a double-shot.

Challenge 4 - THE BATTLE OF HOGWARTS

The Order and the Death Eaters battle at full tilt, with losses on both sides!
Choose an opponent from the opposing team & battle by drinking the depth charge (drop shot) of your choice. Speed is of the essence!!

OotP: Cast one of the three Deathly Hallows (or all three if you’re brave enough) to deal the final blow to the Drunk Lord!
(spell recipes will be provided on site)

DE: Cast one of the three Unforgivable Curses (or all three if you’re brave enough) to insure victory!
(spell recipes will be provided on site)

There's really no winning, per se. This is pretty much a fun, drunken night out with fellow nerds. But for those of you who do manage to finish your scorecards, there will be a button celebrating the fact that you've triumphed over good or evil or whatever. Still not enough? That leads us to...

The Golden Snitch:
Hidden in each bar is a golden snitch, find it and you'll be handsomely rewarded!

Don't Be a Dick: First and foremost, don't do anything that's going to embarrass yourself or anyone else. Especially since alcohol is going to be involved you're going to want to leave your asshole pants at home. Don't make us snap your wand.

Know Your Limit: The only person who knows your alcohol tolerance is you. There's nothing worse than an overindulged drunk so don't be that guy. If someone notices that you're getting sloppy you're already past the point of no return. You should probably stop drinking when someone points out to you that you're peeing on a bar stool.

Leave No Wizard Behind: We arrive as a group and leave as a group. If someone has to be That Guy/Gal who gets so wasted that they think they're actually Dumbledore, it's the responsibility of the crawl as a whole to ensure this person makes it safely back to their hotel. Use the buddy system, handcuff yourselves to each other, whatever. No one is to vomit in a bus terminal by themselves. Not this night, at least.

Respect the Heads and House Elves: Anyone designated as a Head or House Elf for the crawl isn't there just to mark scorecards; they're there to make sure everyone's having a good time and that everything runs smoothly. They're there to keep everyone moving and to stop people from jumping up on the bar and dropping trou. If one asks you to stop picking bar fights with the seedy locals, it might be a good idea to do so.

HAVE FUN: This is the most important guideline of all: Have fun! We're all on vacation and we're drinking with fellow nerds so let's enjoy it. Keeping ourselves fairly reasonable for the evening will make it a good time for everyone.

Guidelines for the House Duels or Dueling Etiquette And You: A Magic Users Guide to Not Being a Total Dick

This guide is to clarify a few rules concerning the wizard duels between houses. I know everyone has grand plans of pouring cement mixers and cowboy killers or whatever godawful concoctions people subject their bodies to down each other's throat. While this sounds good in theory, we want everyone to have fun and not worry about a first year student choking on Bloody Tampon and ruining the rest of their night. The following are a few rules to keep things fun:

All Forbidden Curses Are...Forbidden: All drinks must contain only a mix of alcohol. That means no fruit, tabasco sauce, fire, pickles, rubber bands, dirty diapers, razor blades, The Kraken (unless youre buying Kraken Rum...), miniature civilizations, or whatever else your sick little minds come up with.

The Challenger Buys the Drink: To keep things fair and to prevent anyone from breaking their opponents bank by ordering them Dom Perignon mixed with Patron and topped off with Crystal Skull vodka.

Choose Your Partner Outside: At each bar where the duels happen we're going to have nearly 100 people trying to cram the bar. Help expedite the process by choosing a partner outside then going in together and ordering together.
Nintendo ID: Optimusbry :: Xbox Live: Optimus Bry :: PSN: Optimusbry :: Steam ID: Optimus Bry
scorecards.jpg 650K
Pin_0003_gryffindor.jpg 102.1K
Pin_0002_slytherin.jpg 77.9K
Pin_0001_ravenclaw.jpg 91.4K
Pin_0000_hufflepuff.jpg 114.1K
Optimusbry on August 2014