[D&amp;D 5E Discussion] It works just fine except when it doesn't.

And this is a coast: 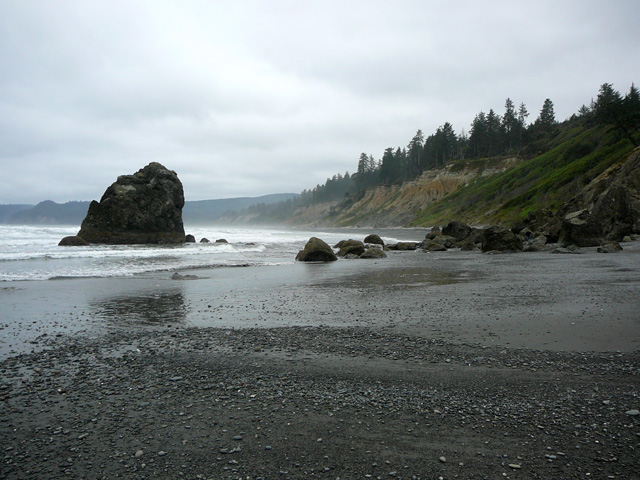 Put them together, and you get:

Being a company that tries to make money and also makes D&D, Wizards of the Coast has released a new game. Or rather, is in the process of releasing a new game. That game is called Dungeons & Dragons, 5th Edition.

5E, as it will be called from here forward, has been quite a spectacle. There was a very public playtest while the game was being developed, which brought about a lot of enthusiasm, criticism, and Monte Cook's invention of Passive Perception.

The Player's Handbook was released on August 19th, 2014. The Monster Manual was release on September 30th. The Dungeon Master's Guide, which is generally considered to be the third core D&D book, will be released on November 18 December 9. Actually you know what, just go look at the product page if you want to, because there's other stuff and I'm tired of pasting URLs.

Where D&D 4E had the D&D Insider digital suite of two kinda-functional tools, two magazines that are no longer being produced, and one compendium of rules, D&D 5E is was going to have DungeonScape, but it was cancelled. There are currently no stated plans for digital D&D products of any kind (PDFs or otherwise), though lip-service has been paid to the idea that there might one day be tentative plans for something to be, theoretically, made available in some fashion in the future.

The last thread is over now, so let's talk about 5E in this thread.