"Death is but an illusion for a solution... In death we harbor our regret and sorrow. Only in true confrontation and justice can we free ourselves from this madness."
Download The Demo!
Currently in Beta

In a deep dark corner of the universe, there’s a small galaxy consisting of very few planets. Most notable are three planets, which sit in the middle of the solar system. In the middle of these three planets lies a small planet named Hasphal. Above Hasphal is a large robust planet called Dagmedok. Legend says a powerful race of supernatural beings with vast technology exists there to watch over the planet of Hasphal. Just below Dagmedok is a planet closest to the sun… A dark eerie looking planet called Remerin, where the hasphalians say the land is filled with flames.

Around the planet of Dagmedok is a moon the same size of Hasphal called Fliridian. On this moon lived a species of humanoid beings called kelt. The kelt use modern technology and have enjoyed peace and prosperity throughout their existence. But peace and prosperity comes with a price.The moon eventually became over populated. With its thriving economy, and almost non-existant poverty, there were less deaths and more births than the moon could hold. The leader of this moon, Latrell Flamous, ordered an experiment to send some of his people to Dagmedok, but whenever they sent ships to explore it, their ships would mysteriously disappear. They found what to them looked like an under developed planet, Hasphal. He sent ships there to find that it was not populated.He wanted the people to start off fresh. With the willing few he had, he sent them to inhabit the planet of Hasphal. So the same problem of Fliridian won’t fall upon Hasphal, he sent them without the perks and technology of Fliridian so the population can be maintained. He felt it was better than just exterminating his own people, but again, with every good, there is a bad.Unknown to anyone who scouted the planet before, there were creatures called jehts. The jehts went into hiding underground until the Fliridians would eventually leave… But they didn’t. Instead, they evolved their race, changing into humans. When the jehts finally decided they wanted to reclaim their surface, the humans refused to let them. In fact, the humans were repulsed by their disfigured features and named them as if they were creatures from Remerin, demons. Until this day, jehts are still fighting for what is rightfully theirs…

Sen is a rough young woman, not really too smart, but very sarcastic. She has been through a lot during her life. As a child, for years, all she can remember was being in a chamber having needles stuck in her, striking painful sensations, and blurred visions of a woman. It finally ended one day when she woke up in a nice house at the age of 6. She had a brother, and parents, a nice bed to sleep in, she was enrolled in a school, and had a good friend. Was it all just a crazy nightmare?This somewhat good life went on for a long time until one day, at the age of 14, on her way to the park from school, she was kidnapped. Again, these terrible feelings, the same blurred visions…. It wasn’t a nightmare. After a few days of torture, she was thrown on the side of her house where her brother found her. But she was different… Cold…. Not the same Sen he grew up with. He asked her questions, “where were you?” “what’s going on?” “what happened to your eyes?” All she could say was “leave me alone.” He noticed her voice wasn’t the same. He backed off, but he cared too much to just sit by and watch his sister go through this hard time alone. He made the terrible mistake of trying to comfort her. He touched her shoulder and she turned around to face him. Her eyes, golden.She blacks out.When she comes to, she sees her brother lying in a pool of water. Pale as if he’d drowned. Had she done this? She heard her mom rushing to the room and climbed out of the window. She knew they would blame her. “That DEMON!” she hears her mom say in agony as she’s running into the woods.For years all she could do was run, kill, and hide. She ends up finding a shack in a relatively quiet area. Nobody could find her there. She makes a home for herself and lives there.

A couple of years later, it appears as if the ridders have found her. She begins getting knocks on the door, death threats, and battles. This goes on until the present. She is now 23 years old. She finally gets sick of it. Losing all hope and grip on humanity, she vows to become the monster everyone wants her to be…. Until one day an unprepared demon ridder named Jagen sees more in her heart than she thought she had left.

Sen
With every last fiber of her body, Sen only knows survival. Her life is vague. Plagued by dreams of horror and frustration of what she believes them to be. Having betrayed the only family she has known by killing her brother, she seeks no truths and accepts the inevitability that she will always be hunted as a Demon.

Sen lives at the edge of a forgotten and abandoned forest where she has survived for years on her own. Using her apparent demonic ability to control moisture in the air she was able to survive. Becoming a hardened survivor and living off the land alone, in what has become penance for the crime she has commit.

Life in Origin Forest is no place for a human. Wolves overpopulate the area, and because of that food is scarce. Sen has survived eating any herbs and fungus that she finds with the occasional hunt or stranded animal that comes across her way. Her strongest asset is her instincts, as her formal education was cut short by the murder of her brother. Sen has become brutal and strong in this harsh environment fighting for her life every day.

Jagen
Born with nobility Jagen has been bred with the finest teachings and training. Jagen’s family and culture has pressured him to hate what he does not understand, jehts. Jagen could not protect his wife against them. He found his wife brutally murdered by jehts. Stricken with grief, unable to slay the “demon” that did this to her, he puts up arms. Not in revenge for his wife but to defend anyone these creatures would come to harm. So he joins the ridders, Hasphal’s elite defenders, to protect the ones who need protecting.
But everything is not what it seems and Jagen’s morals tend to clash with the ideals of the ridders.

Jagen was raised by wealthy owners of an inn located in the town of Pekitzer. He lived a very privileged life and was exposed to some of the finer teachings in all of Hasphal. Jagen’s parents were so busy with the family business that they rarely had time for him. Because of that, Jagen indulged himself in education, religion and training. He grew to embrace the intricacies of strategy and war, and grew a passion for some of the more obscure and unpredictable weapons and fighting styles. Jagen became one of the most formidable tournament fighters in Pekitzer and was eventually recruited by the ridders. He declined initially, but years later volunteered after tragedy struck his life.

Jynx
Growing up, Jynx has always been able to hide the fact that he is a jeht. He could blend in with hasphalians by changing form and looking like one of them. He attended school with them, worked with them, he wanted to be just like them. Jynx even fell in love with one of them, but that all felt like a lie to Jynx and he could not live his life that way. Accepting that jehts and hasphalians could not live together, Jynx travels like a nomad living with both hasphalians and jehts, trying to find a place for himself in the world.

Jynx has traveled Hasphal and has never truly found a place to call home. He has been to many of the cities and small towns of Hasphal and has seen the same type of prejudice and hate towards jhets no matter where he went or which side he was posing on. As much as he would want these things to change he figured it won’t and he eventually alluded to a life of solitude away from both jhets and humans.

Sinara
Little is known about the hasphalian Sinara. Her hate for jehts is almost as strong as her disdain for her own kind. Sinara shows little allegiance with anyone and seems to live for the purpose of killing for the ridders rather than the ridders purpose. She is an efficient killer and skilled assassin taking little time to dispatch her enemies.

Sinara’s early life was full of pain and isolation. Sinara and her younger sister Miranda were orphans who grew up in an unnamed town; overworked and under fed. They spent each day longing for a chance at a real life and family. The days of work and hunger led Sinara to have deep disdain for society. Soon the town was ravaged by demons and that day of having a real family never came. Sinara and Miranda’s first encounter with demons wounded them. That day, they nearly lost the only thing they have ever truly possessed: their lives. They grew enraged by the mere mention of the word demon and vowed to find a way to rid the world of them.

When they were of age they joined the ridders. Miranda took a more internal role, while Sinara worked more on the field of battle. Both were Max’s best recruits, but Sinara was his prize possession and once he saw the potential in her skill, he honed them to reach a status beyond measure.

Grandeur Maximillion
Seemingly out of nowhere, a man arrived in what is known as a cold and harsh place called D’halis. With only a few men by his side he found a way to keep demons away, and if need be extinguish them with little effort. He taught the men how to fight and protect this place. As time went on they elected him their leader. This man was called Grandeur Maximillion. No one knows where he came from or why he decided to help these people. The town started to blindly follow Max and they did everything he told them. He formed a militia which sole purpose was to kill or capture demons. These where the Demon Ridders. He introduced techniques and ancient relics to these people. He ordered the construction of a grand tower with technology this world has never seen. In the years that the tower was under construction, he spread the mighty hand of the ridders all around the world. He became the known leader of Hasphal, and ruled unopposed with the power of the ridders. 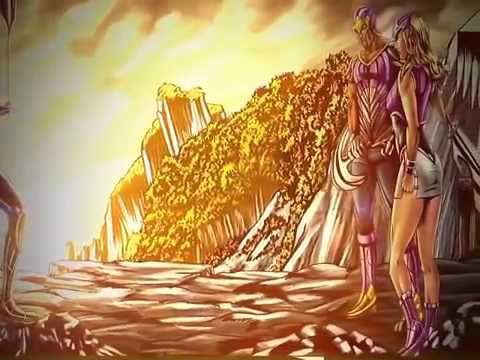 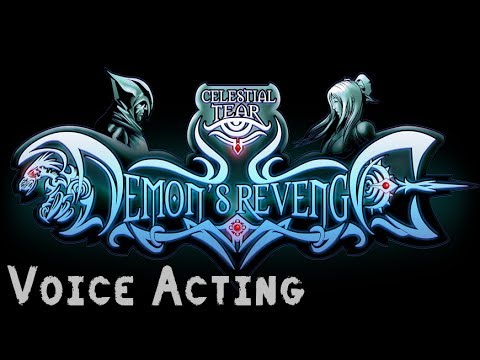 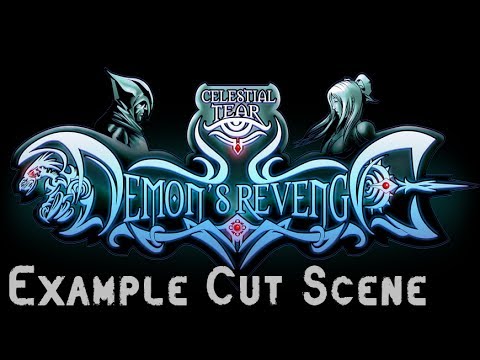 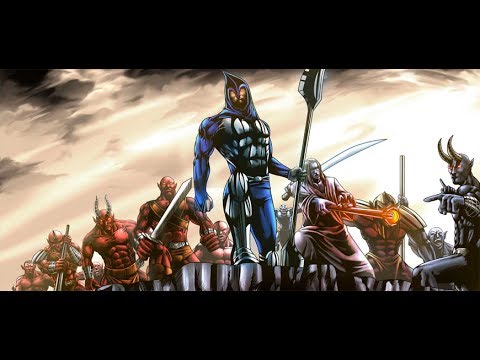 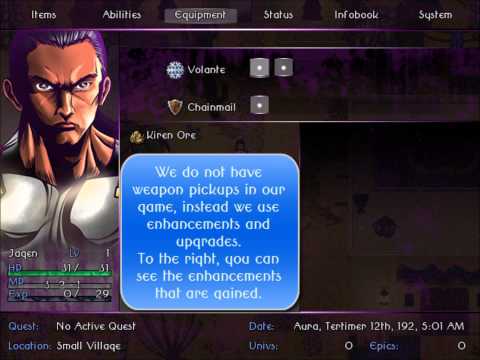 Special Thanks And Dedications
My Husband, Tyrell
My Mom, Barbara
My Sons, Adonus and Lucas
My Daughter, Nova

More Support
I have to update the support bars to include the new logo. The links will stay the same.

You can show your support where ever you go by including one of these small images in your sig and linking it here.

Or just by helping spread the word!