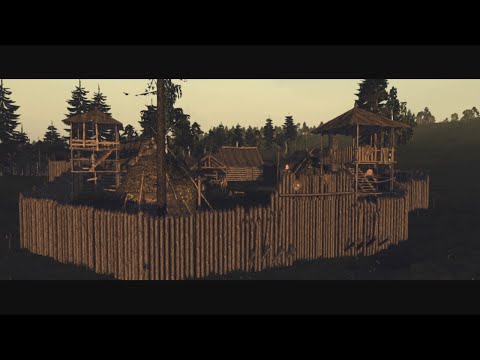 Here is the main idea, pulled from the game info section - “Life is feudal” is an indie project of the Hardcore Sandbox MMORPG, set in a Realistic Medieval fictional world.

Right now the game is really janky, being an alpha, and a year away from the MMO part (it is currently being run as 64 player mini test realms).

That being said, I've put about 6 hrs into it already, and all ive done was move some earth around to make space for my own shack, in a player placed/designed/defended/organized village.

FIRST IMPRESSION - The devs are pushing this in the direction of Ultima Online, if it were 3D, and was based on realism with no magic or monsters (altho you can consider some people as monstrous). You can clearly see the genetics of UO in the skill cap and crafting system, which is a good thing. However, they have also pulled the no-target combat from Warband and added the terraforming and ability to shape your surroundings of all the Minecraft clones. So far the server I play on is in the stone age so-to-speak, with people trying to lash together stone tools and shacks, but I can see the future potential.