SITC - An action puzzle game for everyone [Android & iOS]

[FONT=Arial, sans-serif]SITC is a unique action puzzle game with simple and addictive game mechanics that were inspired by some of the greatest games of all time : the player has to match shapes floating at the bottom of the screen with shapes falling from the top and score as high as possible. Flying power-ups can be catch and activated on demand to help the player unlock achievements and make a better score. It's easy to learn but takes time to master.[/FONT]


[FONT=Arial, sans-serif]The game features music by Michael James Romeo, composer and lead guitarist for the well known progressive-metal band Symphony X.Michael created awesome orchestral music that gives the game a different flavor than what you would normally expect from a simple puzzle game.[/FONT]


[FONT=Arial, sans-serif]The game has 2 modes, a timed one for short games, and a survival one with increasing difficulty for longer periods of time. It has cross platform leaderboards and a lot of achievements to go for. When played on a large screen, 2 people can play it at the same time, one focusing on matching the shapes, and the other on catching and activating the power-ups, which makes it a fun game to play with a friend or relative.[/FONT]


See you in the clouds! 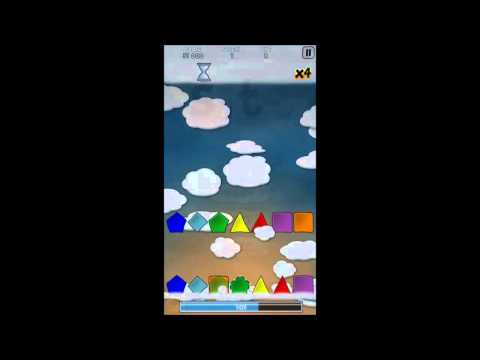