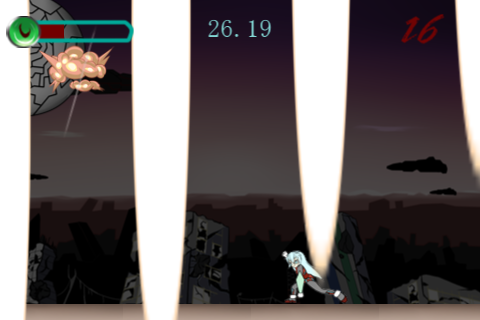 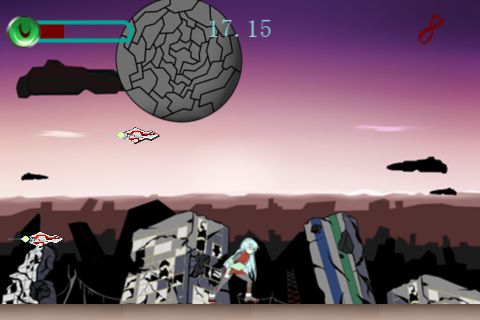 Counter Attack is a fast-paced action game focused on dodging enemy attack and counter with your own.

Play as Elm in this high speed dodging game where you will have to survive for as long as possible, destroy as many as possible. Along the way, don't forget to upgrade Elm with various equipment!

Mankind suddenly found itself in a losing war against mechanical aliens. Having driven into a corner by the alien's advanced weaponry, human is forced to resort to desperate countermeasures. One of which results in Elm, who is thrown directly right into the middle of enemy front line.

Using her ability to extract and made use of the alien's energy combined with her high speed, Elm can dodge enemy attacks while using energy from those same attacks to counter with her own, usually more powerful.

- Reflex-based gameplay. Timing is the key.

- All-or-nothing system. Each successful dodge builds up energy for even more powerful counterattacks but lose it all once Elm is hit.

- Endless battle. Survive as long as possible for more gold.

- Use gold to buy equipment. Elm can only carry one equipment so choose wisely.

Mankind has been losing and it is now time to launch an all-or-nothing counterattack.