Mixed martial arts (MMA) is a full contact combat sport that allows the use of both striking and grappling techniques, both standing and on the ground, from a variety of other combat sports. The roots of modern mixed martial arts can be traced back to the ancient Olympics where one of the earliest documented systems of codified full range unarmed combat was utilized in the sport of Pankration. Various mixed style contests took place throughout Europe, Japan and the Pacific Rim during the early 1900s. The combat sport of Vale Tudo that had developed in Brazil from the 1920s was brought to the United States by the Gracie family in 1993 with the founding of the Ultimate Fighting Championship (UFC), which is the largest MMA promotion company worldwide.

Most 'traditional' martial arts have a specific focus and these arts may be trained to improve in that area. Popular disciplines of each type include:

Ground: Brazilian Jiu-Jitsu, Submission Wrestling, shoot wrestling, catch wrestling, Judo and Sambo are trained to improve ground control and position, as well as to achieve submission holds, and defend against them.


There are two major promotions right now that push this sport.

Wikipedia wrote:
The Ultimate Fighting Championship (UFC) is the largest mixed martial arts promotion company in the world, which hosts most of the top-ranked fighters in the sport and produces events worldwide. Based in the United States, the UFC has eight weight divisions and enforces the Unified Rules of Mixed Martial Arts. Dana White serves as the president of the UFC while Frank and Lorenzo Fertitta control the UFC's parent company, Zuffa, LLC.

The first UFC event was held in 1993 in Denver, Colorado. The purpose of the event was to identify the most effective martial art in a real fight between competitors of different fighting disciplines, including Boxing, Brazilian Jiu-Jitsu, Tae Kwon Do, Wrestling, Muay Thai, Karate and other styles. In subsequent competitions, fighters began adopting effective techniques from more than one discipline, which indirectly helped create an entirely separate style of fighting known as present-day mixed martial arts.

With a cable-television deal and expansion into Canada, Europe, Australia, the Middle East, Asia, and new markets within the United States, the UFC as of 2012 has gained in popularity, along with greater mainstream-media coverage. As of 2001 viewers can access UFC programming on pay-per-view television in the U.S., Brazil, Australia, Canada, New Zealand and Italy. UFC programming can also be found on FX, Fuel TV, and Fox in the U.S., on ESPN in the United Kingdom and Republic of Ireland, as well as in 150 countries and 22 different languages worldwide. UFC also carries a mobile site for on-the-go users and a Sports Bars page for fans to find places showing the pay-per-view. It is also available on the Roku streaming player.


It's current champions are: 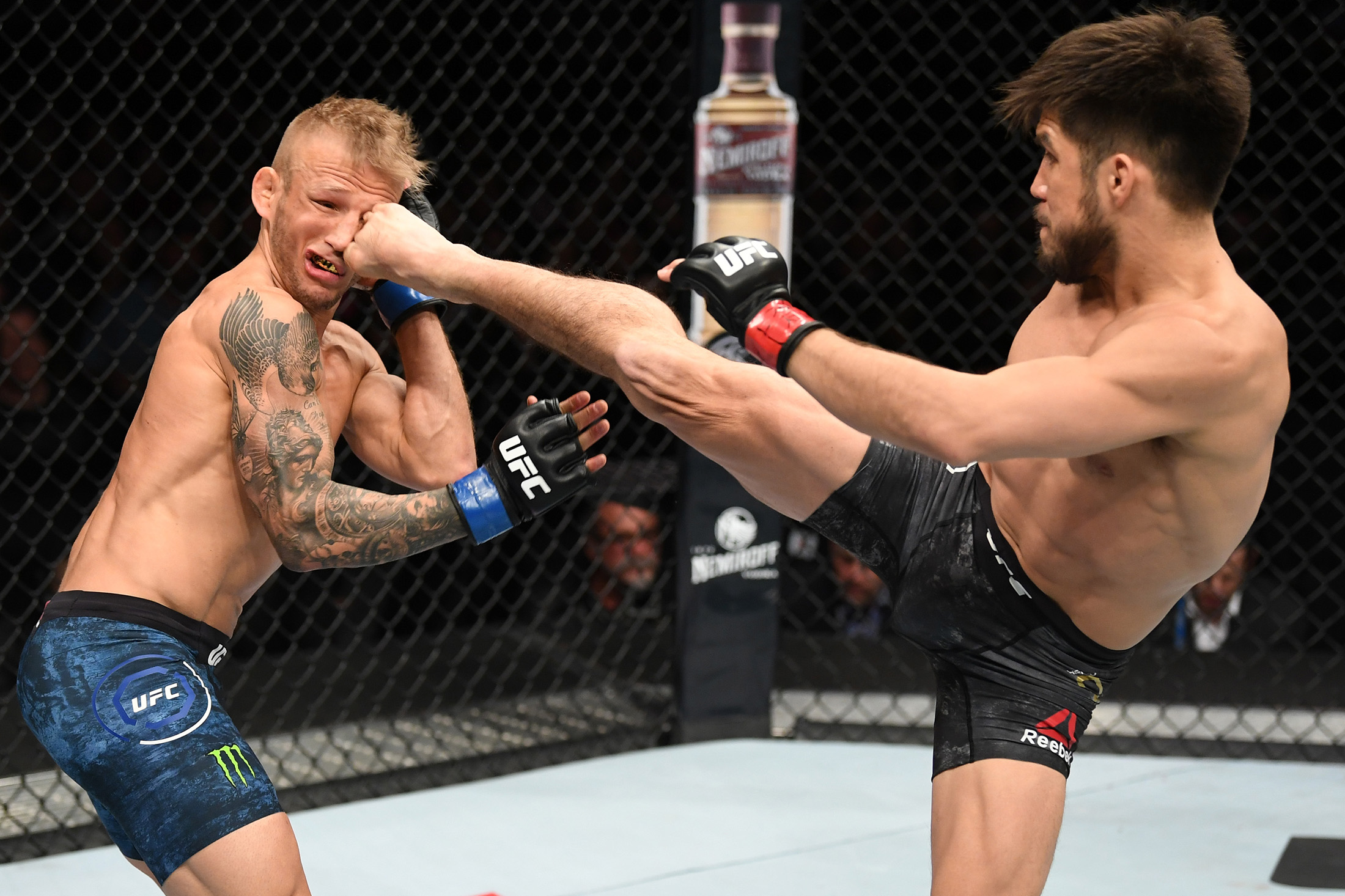 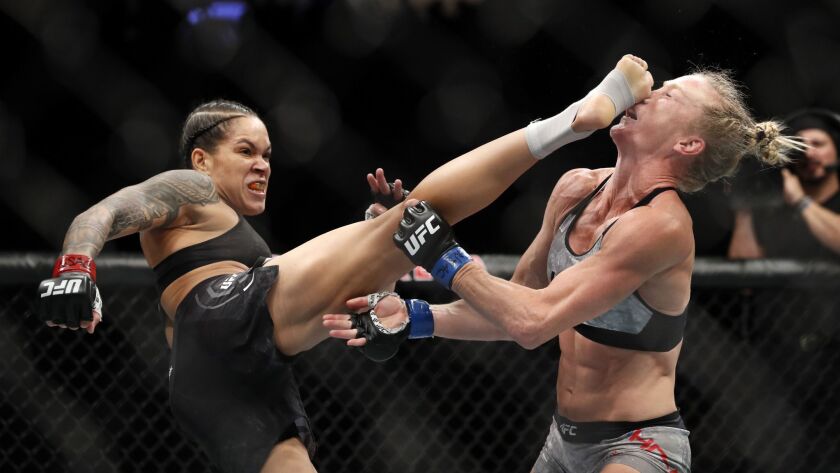 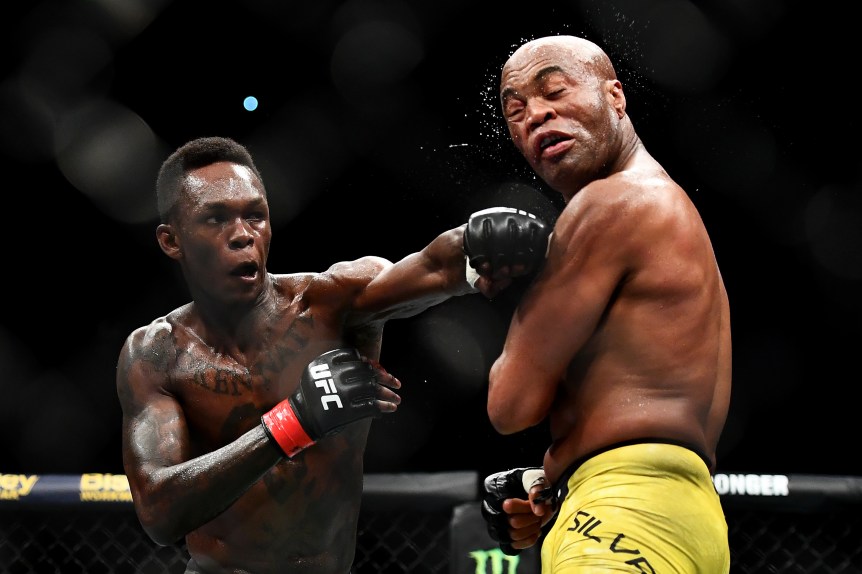 Wikipedia wrote:
Bellator Fighting Championships (Bellator) is the 2nd largest mixed martial arts (MMA) promotion in the USA and the largest tournament-based MMA organization in the world. Headquartered in Newport Beach, California, the company was formed in 2008 by Chairman and CEO Bjorn Rebney. Bellator’s events are primarily structured around a tournament format that allows competitors the opportunity to fight for a world championship in their desired weight class. Fighters determine their own path by winning tournament fights until a winner from the eight man field is crowned. The tournament winner is declared the number one contender and is awarded a check for $100,000 and a shot at the reigning world champion. Bellator uses the motto “Where title shots are earned, not given...”


It's current champions are: 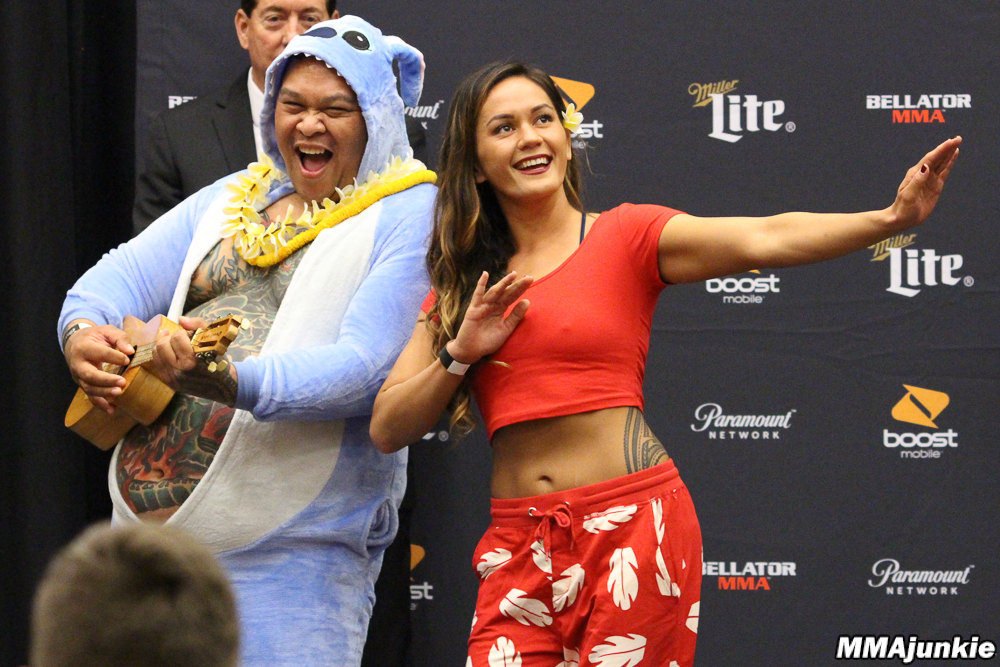 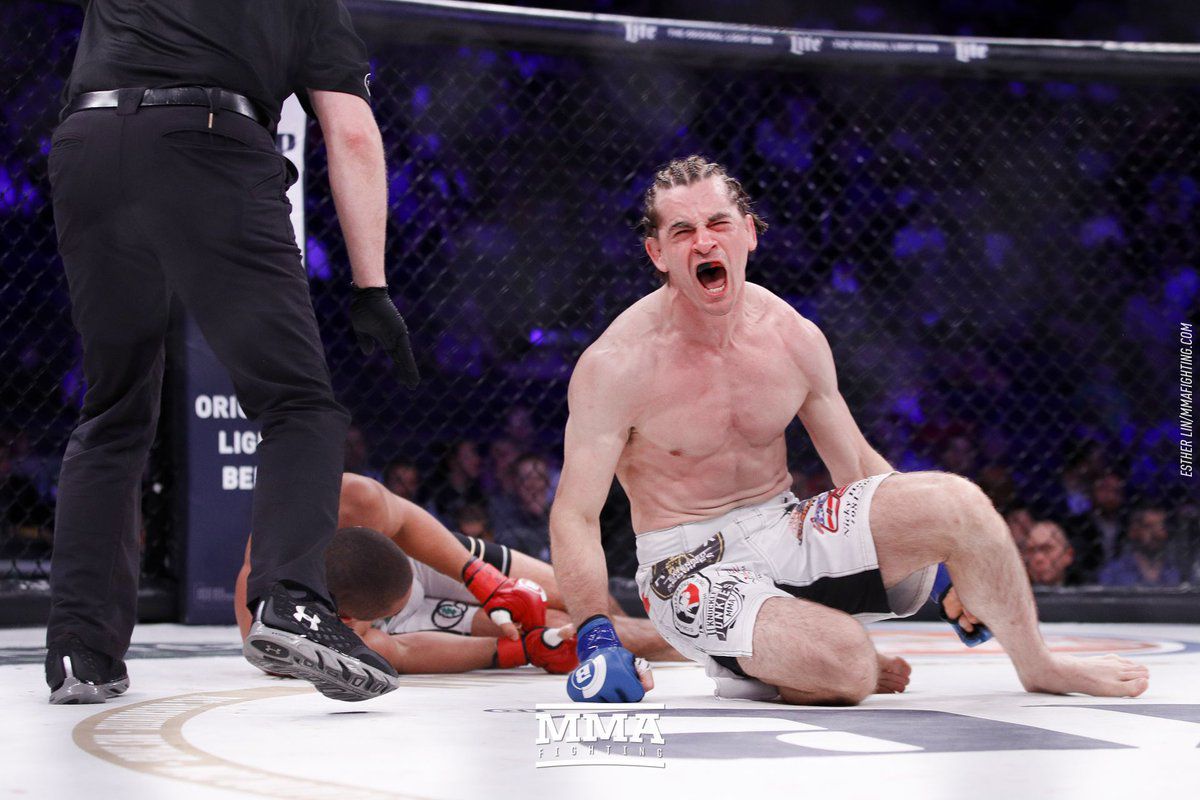 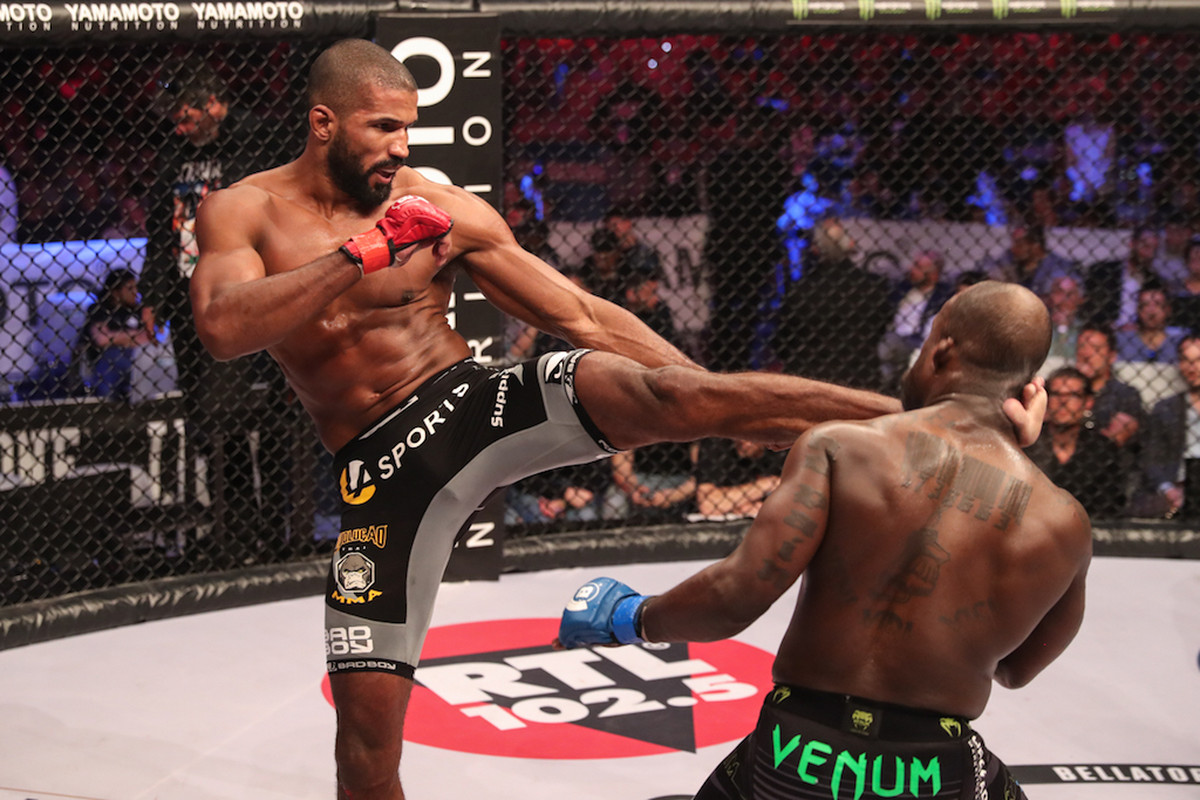 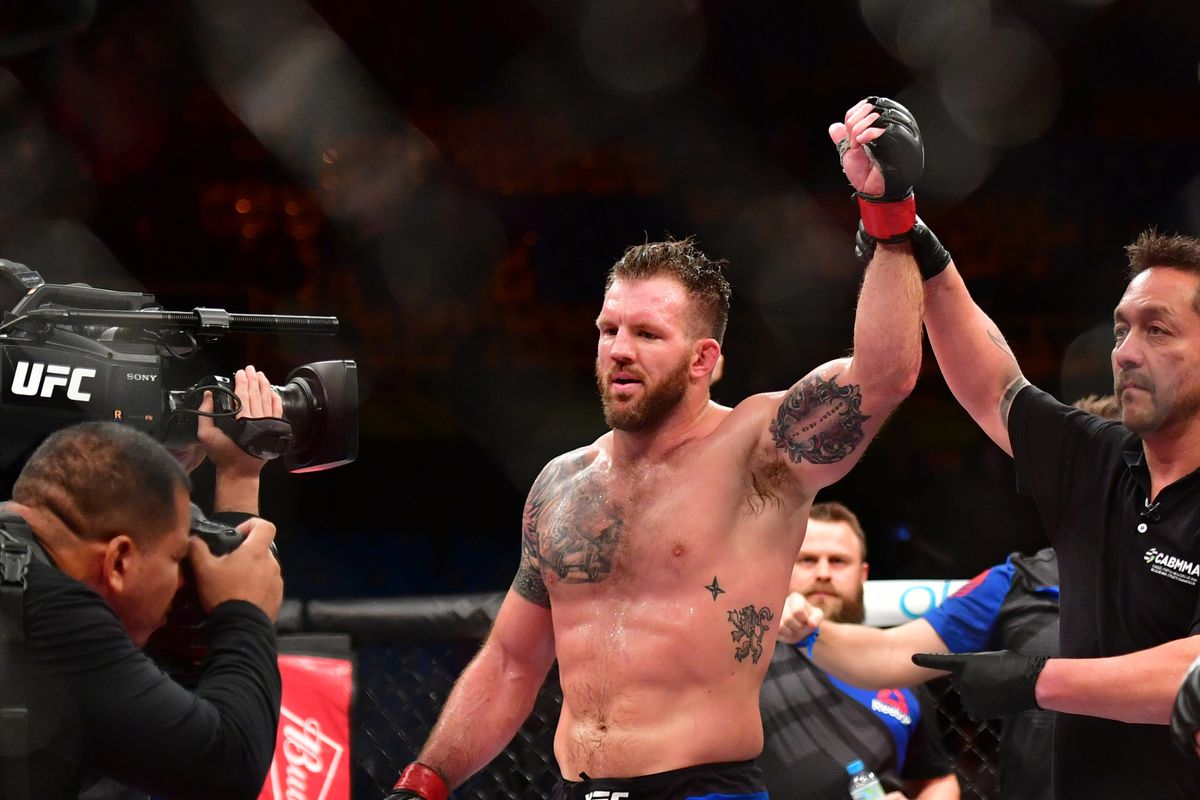 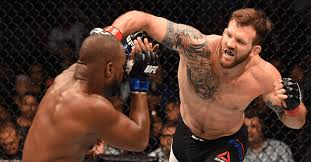