This is Javier from DragonJam Studios. I'm creating this thread cause we're developing a game and we're in the need of feedback from the community of gamers.

We've been developing our game for two years and we're now giving access to an open beta (which will last untill next Monday 22th) in order to gather feedback from players. We are also running a Steam greenlight campaign (which is going pretty well, at this moment we're #20 out of 2000 games). I have read thoroughly the rules on the how to apply thread, and know that it is not allowed to post the link here, so if you're interested just google it

Don't hesitate to ask anything you feel like, I promise to answer everybody. We are also open to hear any idea, doesn't mind how crazy it might sound.

Also, even though we'll close the beta in 6 days, future tests will probably be made prior to the game launch. Just keep in tune!


How to play the Beta

Download the game at www.wincarsracer.com and make sure to check out the official scheduled playtimes where is easier to find players to race against.

We're hosting a big last closing globaltest this Sunday on same schedule and even more players are expected to take part of that one!


Wincars Racer
Wincars Racer is a fast-paced online racing game with a strategy twist. It blends the instant fun from arcade racers with strategic and competitive features. 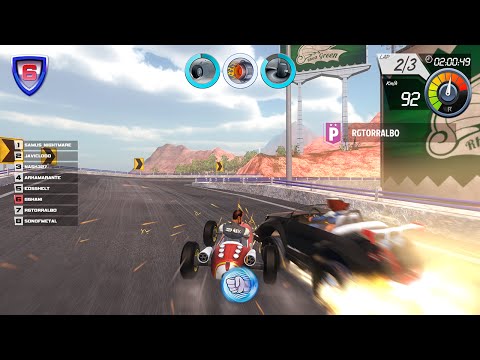 Trust your skills
There are no random power-ups or any other element which arbitrarily unbalances the game. Wincars Racer introduces three special skills per driver which needs time to cool down or collecting coins in order to be used, a system inspired in MOBA games that extends strategic options.

Looking forward to hearing your opinions!