Parody comics are always interesting to look at. Not just because they're often quite funny, but because a good parody is an honest example of whatever it is supposed to parody, and also highlights many of the characteristics of the medium...and this is a pretty solid example of such.

Bingo was one of those comic companies that by all rights should have been flash-in-the-pan and died. Licensed comics from television shows was far from unheard of in the early nineties, but most of them faded away into ignoble deaths. 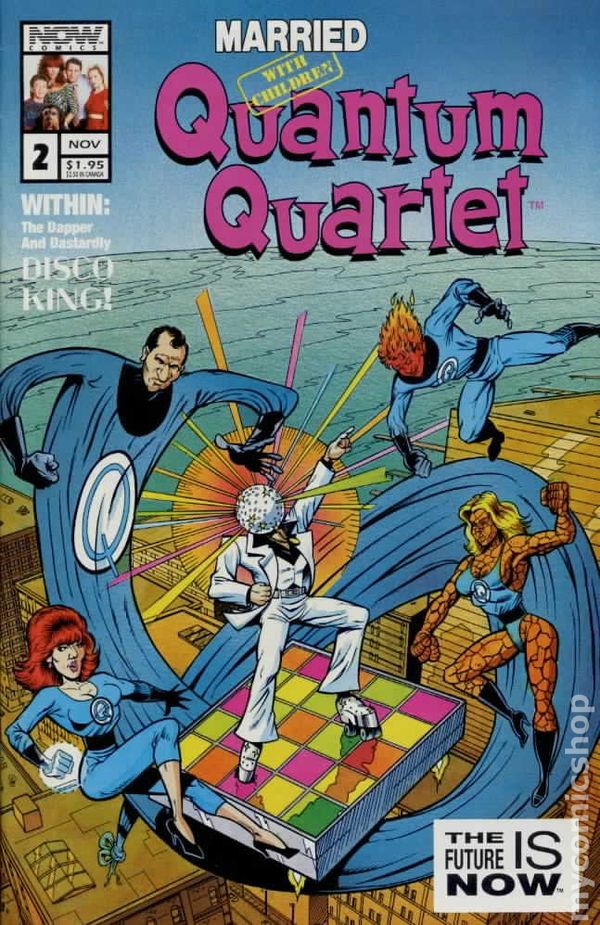 To make it more curious, besides The Simpsons and Bartman - both of which had unusually good writing and art - Radioactive Man was the most popular title until Futurama came out. And RM was weirdly high-concept: starting off as an element in a classic episode of the Simpsons television show, the character of Radioactive Man evolved from a Superman expy into his own character...and the Radioactive Man comic became an excuse for the writers and artists at Bongo to lampoon comic book superheroes from different eras, eschewing normal numbering so they could skip around from the Golden Age (with a glow-in-the-dark cover!) to Watchmen-style antics.

Radioactive Man #88, with a cover date of 1962, is pure silver-sliding-into-Bronze-Age Kirby-esque goodness, based largely on early Marvel comics. 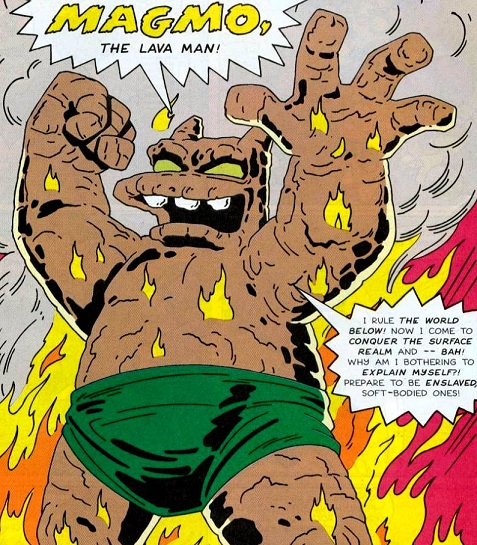 Look at that shading

It's a pure nostalgia trip. I think I actually appreciate it more, because when I first read this, I could (and did) still pick up '70s Avengers annuals and stuff out of the dime bin at the local comic book store, and '60s reprints did a steady business, so I was sort of closer to the source material, less aware of the tropes. There's kirby crackle on more pages than not, the page layouts are dynamic, little notes calling out references to non-existent past issues and their events [* See Superior Squad 1962 Annual -- S&C]. Like, I never noticed before that it's largely a six-panel layout, and many panels are completely lacking in backgrounds! Which was something you saw in some of the old Marvel "house style" drawn comics. 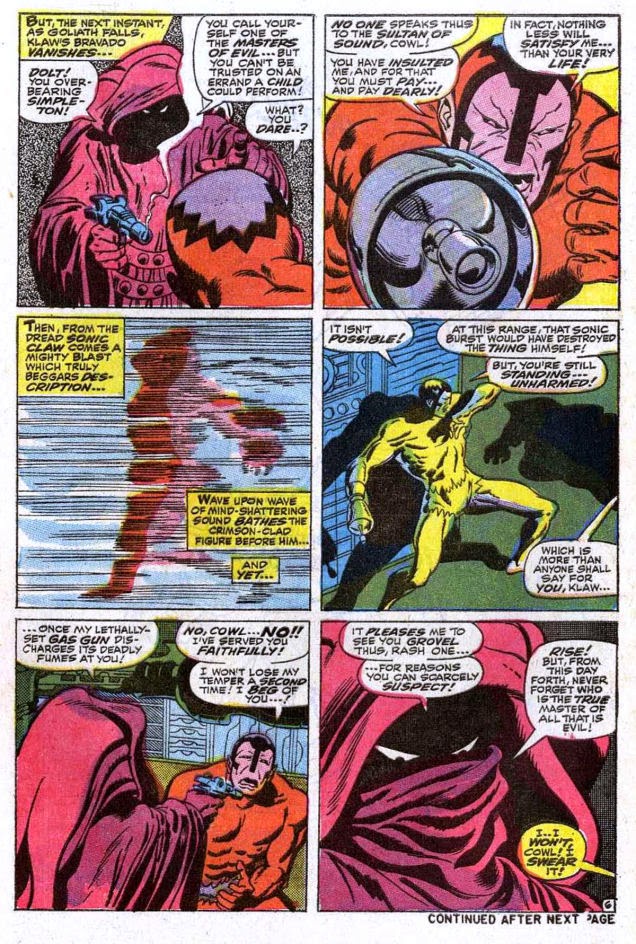 It's also...how do I put this. It's a parody and an homage and yet it's it's own thing. And Nixon is in here! 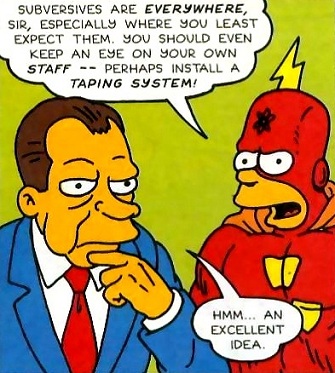 Not this issue, but still!

When I say that it's it's own thing, I mean that the storyline is original, but also kind of corny and very much like a storyline that would have played in the 60s. The emergence of Magmo is fantastic, for example, a lot better than it would ever need to be. But it's also sort of self-aware - little in-jokes (like defeating the villain with a roll of asbestos!) - and not-so-little ones, like in Part 3 where they reprint Fallout Boy's origin story includes this sequence:

Twenty years later, this scene would involve the future Silk and who knows what other shenanigans. Like that creepy dude that ate the spider after it died. Yeah, good life choice there dude. How bad has Spider-Man gotten in the last twenty years that Peter Parker is the most well-adjusted member of his cast? But I digress.

I don't know if there's much more to say. It's the kind of comic you don't see anymore, because you don't see the comics that it's based on anymore. DC is never going to do a random issue of Batman that hearkens back to old EC crime comics, because none of the comic buyers today would probably recognize it.

I didn't mean to start ranting about the Comics Code Authority again, honest.

It does suggest a question, however: what will future comics parody of today's comics? What are the hallmarks of the contemporary style?
The Unpublishable - Original fiction blog, updates Fridays
Sex & the Cthulhu Mythos