Space sims aren't dead. If anything, they are undergoing a renaissance right now. This thread is for discussion of space sims. Transfer power to weapons, set your shields double forward, order your squadron to form up, target the nearest enemy, and switch to your missiles, pilot!

Space sims are one of the most venerable genres of games. In fact, Spacewar, from 1962, is one of the first video games ever made in the history of the universe. We've come far since then, but we never want to forget our roots, so this thread is dedicated to those classic sims that formed the groundwork of the genre. Read about them below.

This thread is always a work in progress. As certain sims, like Enemy Starfighter and Squadron 42 grow more exciting, they get their own threads (usually posted by me because SPACE OWNS). Until then, feel free to come to this thread to point out new space sims we might not have heard of, or just to talk about ones that are already out, including the classics.

Guidelines: this thread is for space sims, very broadly construed. It is not for space games, generally, so if there's a sweet 2D space shooter or 4X space strategy game you want to talk about, find another thread. I love Gimbal and Escape Velocity and Endless Space and Sins of a Solar Empire too, but this thread is for people with joysticks. If you can't play the game with a joystick, it probably doesn't belong here. 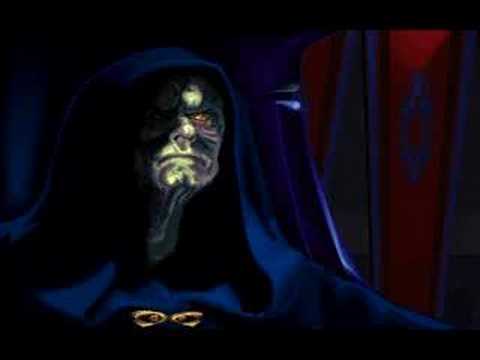 X-Wing on GOG.com | TIE Fighter on GOG.com
X-Wing Series on Steam
If the only thing the games in the X-Wing series had ever done was let us fly around in the Star Wars universe shooting at people, they would probably still have been a hit. But they were so much more. X-Wing was one of the most innovative flight sims of its time, with full 3D graphics (compared to its 2D sprite based competitors, including Wing Commander) and its dynamic music system. TIE Fighter pushed things further, with its intricate story that let you be the bad guy and its unforgiving and authentic modeling of TIE Fighter resiliency - get hit more than a couple times, and you will explode. These games are some of the most immersive space sims ever made. If your shields are down, laser impacts will knock out parts of your cockpit, leaving your shield readout or radar just a sparking pile of wires. 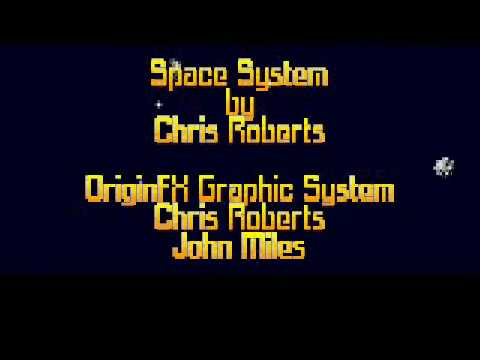 Wing Commander 1 and 2 on GOG.com
The epic Wing Commander saga spreads across five games, a number of spinoffs (including the excellent Privateer series, the shitty Freelancer, and the shittier movie) and deserves credit not just for its focus on narrative and Mark Hammill's continued employment but also the many hours of fun its dogfights provided to space sim fans. Frontier: Elite II Download
One of the grandfathers of the space sim genre, Elite was released in 1984 and followed by a couple of sequels. Elite was a free roaming space sim: instead of being locked into missions, it basically gave you a space ship and let you do whatever you wanted. It featured a massive galaxy, larger than most galaxies in most space sims since, and it inspired generations of traders, pirates, explorers, miners, and dogfighters. The game was as detailed and intricate as it was vast. Fuel management, proper docking procedure, and Elite II's Newtonian physics are all features that led to a believable universe. The sequel is shareware and free to download. Download Allegiance
It is hard to overstate how ahead of its time Allegiance is. Allegiance is a multiplayer space sim where two teams fight each other. It is extremely strategic: scouting is crucial, which means some players will load their ships up with beacons and fly around the battlefield, dropping them in key positions and replacing them when they are destroyed. Attacking as a team is crucial - some players fly support ships to heal the bombers, while others fly cover for the bombers. No space sims have pushed teamwork or provided such an intricate setting for it as much as Allegiance. The game is now free and people still play. Descent and Descent 2 on GOG.com | Descent 3 on GOG.com
Descent is a 6 degrees of freedom (6DOF) game, which means it places a large emphasis on constantly reorienting yourself in all directions inside a confined environment, setting apart from most space sims, which focus on ships that fly more like airplanes and which are usually set in open space. Confusingly Freespace was named "Descent: Freespace," which is mostly a sign that Descent was so successful that they decided slapping its name on any old sim was probably a good idea (not like Freespace needed the help). Starshatter Source Code Port Forums | Alternate Starshatter Download Link | Alternate Sharshatter Download Link
Starshatter stands out for two reasons. Unlike most space sims, which take their dogfighting cues from World War II, Starshatter pairs its Newtonian flight model with a combat system based more on modern jet combat - missiles, speed, and evasion are key. Second, the game features a dynamic campaign that you can control, meaning you can work your way up to controlling capital ships and making strategic decisions. Think of it like the Falcon 4.0 of space sims. @Archonex wrote a very helpful review of the game if you are curious. Some of these games are out. Some of them are works in progress with alpha demos. All of them are SPACE SIMS. They're arranged vaguely in the order of how much shit I give about them, with a slight preference towards games that are complete. 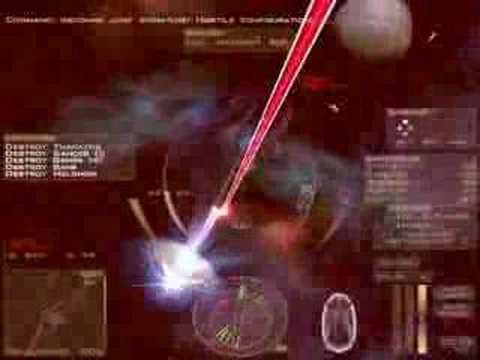 Freespace 2 on GOG.com | Descent: Freespace on Steam | Freespace 2 on Steam
Freespace 2 Source Code Project | Freespace 2 Community Forums
Unless their nostalgia for the X-Wing or Wing Commander series wins out, most space sim fans would agree that Freespace 2 is the greatest space sim ever made. The amazing campaign, with its exciting scenarios and intriguing story are only the beginning. The game is now open source, which means the original Freespace (which is in a few ways better) has been ported to Freespace 2, but that is just the beginning. Fans have reworked every aspect of the game, from the HUD to the graphics, and have created a number of amazing mods and even standalone games. The Babylon Project is a standalone Babylon 5 game. The Wing Commander Saga recreates the Wing Commander games in the Freespace engine. Diaspora is a Battlestar Galactical total conversion. Blue Planet is a fan campaign for Freespace 2, as is Inferno. If there is one space sim that I can recommend to everyone, veterans and newcomers alike, it is Freespace 2. 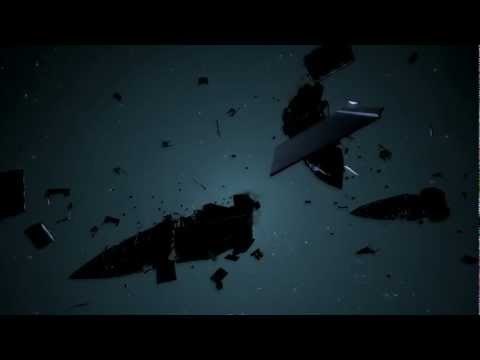 X3 Goldbox on Steam | X Superbox on Steam | X Rebirth on Steam
The X series is one of the modern day heirs to the throne Elite built. Fly around the galaxy, establishing a trading empire or blowing people up or doing whatever else you want. The game is gorgeous and also has devoured @tube's life on more than one occasion, I think.

House of the Dying Sun 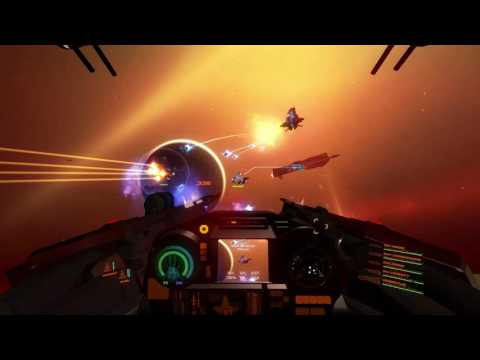 Steam page
PA Forum Thread | Website | twitter | YouTube
The emperor is dead, the royal guard is scattered, and a false king sits on the throne. Execute the emperor's final edict: hunt the traitor lords, and bring ruin to their people. 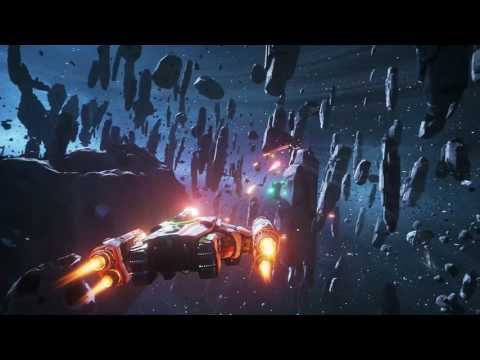 The future of space sims is looking brighter than the explosion of an enemy freighter carrying munitions that you've just torpedoed. 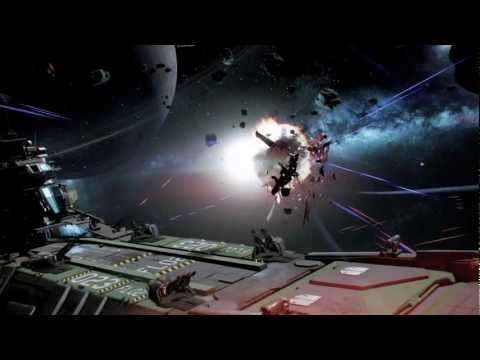 PA Forum Thread | Website | Tumblr | twitter | Facebook | Completed Star Citizen Kickstarter
Chris Roberts, the man behind the Wing Commander franchise is back, and he's crowdfunding his fuckawesome PC only next-gen space sim that looks as gorgeous as it is ambitions. Squadron 42 is a single player/coop campaign where you earn your citizenship in the space empire by fighting in the military. Upon completing it, or whenever you want, you can jump into Star Citizen, the persistent universe Guild Wars 2-esque quasi-MMO portion of the game, where you can be a miner or a trader or a pirate or whatever you want, and fly with friends in your ships, all of which have fully detailed interiors, including working cockpits, and you can board enemy ships and be boarded. Just like Freelancer, the game will also allow players to run their own private servers and mod the game. This will either be the most amazing space sim in history or a spectacular failure. The Logitech Extreme 3D Pro is a tremendous joystick. It has a Z axis for yaw control, 12 buttons, a throttle, and a hat. It's durable and cheap. The only real downside is that it only fights right-handed people, and some have reported that its calibration gets out of whack after years of heavy use. Mine has been fine for 6 years although I don't use it every day, so your mileage may vary.

(Image goes here)
The Thrustmaster T.16000M is a well-regarded budget HOTAS (Hands On Throttle And Stick) package that currently (Sept 2017) runs about $120 US, with a rudder bundle available for about $60 more. The stick is supposed to have good sensitivity thanks to its Hall sensors. Space Game Junkie is the best website for people who enjoy space sims, or any space games. It is updated all the time with new, it has its own podcast, it often has reviews and previews, and so on. Check it out.