Moderator mod
July 2016 edited August 2016 in Games and Technology
So Bethesda is working on a Hearthstone-style online CCG. I wasn't expecting anything other than an Elder Scrolls-themed cash grab, but this actually looks pretty good!

Here's a video to get you started while I work on a proper OP. 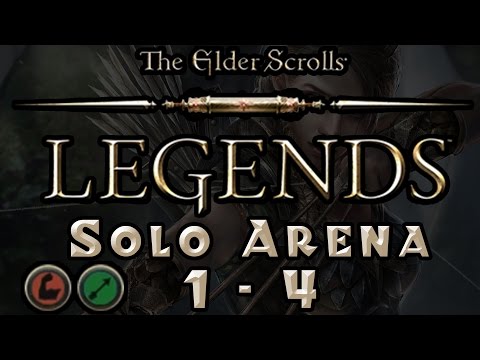 There are five attributes in ES:L.

You combine two attributes, which form your Class for a deck, limiting you to cards for that attribute, plus neutral cards.

ES:L has two lanes, each with its own special effect, of which there are several. Typically the left lane does nothing special, while the right lane gets Cover, meaning creatures played there are hidden for the first turn.

Once a creature is played in a lane, it's stuck there unless you have some cards or other effects that move it. There's also a keyword, Pilfer, that makes a creature switch lane if it deals damage to the opponent.

Some other lane types I've seen in videos:

Of course, there's a bunch of keywords for cards.

Prophecy is a bit special. You and your opponent each have five runes. For every five damage you take, a rune breaks. When a rune breaks, you get to draw a card. If that card is a Prophecy card, you get to play it for free.

Echo wrote: »
Let they who have not posted about their balls in the wrong thread cast the first stone.