[Destiny] MATH of the Machine (Use Spoiler Tags for Raid Discussion!)

Goggles PaesanoRegistered User regular
September 2016 edited September 2016 in Games and Technology
We called it the Traveler, and its arrival changed us forever. Great cities were built on Mars and Venus; Mercury became a garden world. Human lifespan tripled. It was a time of miracles. We stared out at the galaxy and knew that it was our Destiny to walk in the light of other stars.

But the Traveler had an enemy. A Darkness - which had hunted it for eons, across the black gulfs of space, centuries after our Golden Age began. This Darkness... found us. And that was the end of everything.

That is, until Peter Dinklage Nolan North found you, Guardian!

Destiny: Penny Arcade G&T Saves the Universe and Everything in It is an online multiplayer action role-playing sci-fi-fantasy *deep breath* first-person shooter for PlayStation 4, PlayStation 3, and Xbox One, and Xbox 360 and the first title in a proposed 10-year, zillion-dollar franchise from Bungie and Activision. It’s MMO-like – think gear, skill trees, leveling up, and party play – with an emphasis on exploration and discovery. As of September 20, 2016, we have entered Year Three of Destiny, which has ushered in a host of new content, quests, gear, weapon balance tweaks, and a brand new raid.

Still relevant: The game is set in our own solar system, 700 years in the future, following a prosperous period of exploration and colonization ushered in by the arrival of the “Traveler,” a mysterious celestial body (pictured above). The Golden Age came to an abrupt end as a result of a momentous event called “the Collapse,” a calamity that wiped out human colonies everywhere. Humanity has retreated to the Last City on Earth, our shared home and the launching point for our journey back to the stars, and from within its walls, we have begun to rebuild. We have begun to fight back. But even as we stand tall, our Light visible in the canyons and craters of far-off worlds, blinding our enemies with its brilliance, the Darkness threatens to close in around us. And everything we know about our enemy is about to change. 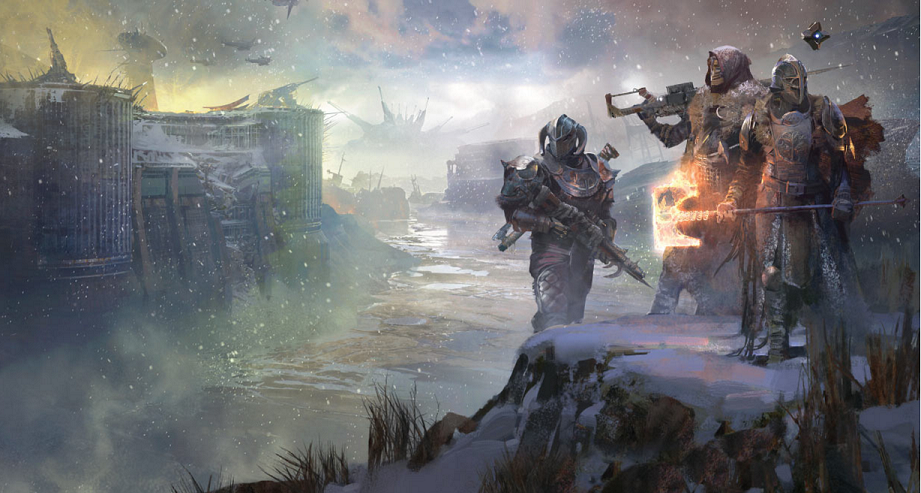 In Year One of Destiny, the Wise and Noble Guardians of Pax Arcadia traveled through space and time in defense of Human, Awoken, and Exo, rising to meet every challenge and ultimately emerging from a year's worth of adventures bearing the spoils of war and the bounty of exotic weapons, sturdy and stylish armor, fortune, and fame. The Tower stands today because of our bravery and sacrifice in that first year. Our legend is known far and wide across the bloodied fields of the Crucible. We have earned the favor of the Queen and have protected her Reef from those who sought to tear it apart.

At times, our successes have seemed inevitable, almost routine. We've traveled backward and forward through time; we've crushed our foes underfoot in encounter after encounter; we've destroyed the heart of a god - more than once. But we have faced trials as well, true challenges that required complete cooperation and tested our limits, especially in the depths of the Dark Below, face-to-hideous-face with Crota, Hive Prince and Son of Oryx. In time, he fell like the rest. We took his wretched, cursed husk and held it aloft as a trophy.

In Year Two, we braved the Dreadnaught, a terrifying frontier, and we beat back the Taken, a twisted menace. We competed against our fellow Guardians, sharpening ourselves into efficient, highly coordinated soldiers of the Light. We returned to the Prison of Elders and tore through its denizens, leaving our mark on its every arena. We remained relentless, undeterred, in the face of overwhelming odds, and together we struck down humanity's greatest threat to date: Oryx, the Taken King. He refused to tolerate our insolence; we refused to tolerate his existence.

Now, in Year Three, a new threat has emerged. Fallen mutants, scavenging the tombs of the Golden Age, have unearthed a plague more dangerous than even they understand. Corrupted enemies bear down on the walls of the Last City. Lord Saladin has called upon us to embark on the next step of our journey and to take up the mantle of the Iron Lords. We must retreat; we must regroup; we must rediscover the history of the Iron Lords and continue their legacy.

Eyes up, Guardians. Our work is just beginning.

Join the ranks of Pax Arcadia! Our clan is on both systems!

We've assembled a Bungie.net group - and within that group, a PlayStation clan and an Xbox clan - so that PA G&Ters can play together. We're Pax Arcadia, and we're currently making our way through endgame content and crushing the Crucible in six-man fireteams on a nightly basis!

Edit (Sept. 20, 2016): We presently have room in the PA clan on Xbox One, but we're full up at the 100-person cap on the PS4 side for both PA and PA2. That being said, we're typically cycling people out for inactivity lasting over six months and spots tend to open up frequently! Follow the instructions below!

To join:
1. Send @GMaster7 (on the PS side) or @ObiFett (on the Xbox side) - or preferably, both - a PM, letting us know that you're joining the group(s) and applying to the clan.
2. Join the Bungie.net group for Pax Arcadia (right here, at this link). If necessary, you can hit up the group for Pax Arcadia II (right here), either instead or in addition, and join that, too. You don't need admin approval to join the groups.
3. Once you're in one or both Bungie.net groups, click "Set as PlayStation Clan" in the banner if you're on PS3/PS4 or "Set as Xbox Clan" in Pax Arcadia's banner if you're on 360/XB1 to officially request admission to that group's respective clan (either PA or PA2). If you're on PSN, you'll probably need to apply to PA2, the overflow clan. If you're on Xbox, you can apply to PA and don't need to mess with PA2.
4. Add yourself to the Pax Arcadia Mega-Roster that we've created to keep track of membership. Use the tabs at the bottom to select your console, and put yourself at the bottom of your tab's list. We'll bump you up to your proper alphabetical placement.
5. If you've sent us a PM and added yourself to the Mega-Roster, we'll accept you as soon as we can.
6. Friend some PAers, hop online, and take to the skies in the name of Pax Arcadia!

Destiny Item Manager: Use this Chrome extension to move items between characters and keep track of your gear and inventory! Has more functionality than Bungie.net and is super useful: https://chrome.google.com/webstore/detail/destiny-item-manager/apghicjnekejhfancbkahkhdckhdagna?hl=en

Track your stats - everything you might ever want to know - here, plus leaderboards, activity listings, vendors: http://www.destinytracker.com 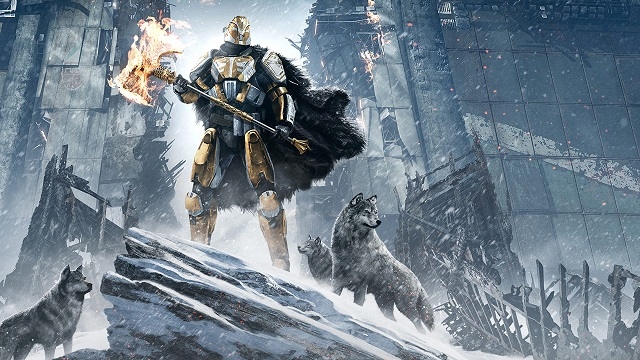