We're a small dev studio from Latvia, and for almost three years we've been working on a collectible card game "Siege".

It’s a game that’s not taking itself very seriously and is set in Circus Empire setting. „Siege” fundamentally is about building and developing your attack deck and fighting through a single player campaign in which you fight against various castles, consisting of tower, wall and shrine cards.

The development process was rough and long. Initially we wanted it to be a social network game, but the data showed that either interest in card games had decreased (due rise of some more prominent games such as HS) or that the mechanics were too hardcore and difficult to grasp for the more casual audience. In the end we decided that we still wanted to get chance to show the game to potentially interested CCG audience, so we’ve applied for Greenlight in hopes of launching on Steam.

Here's a trailer of the game: 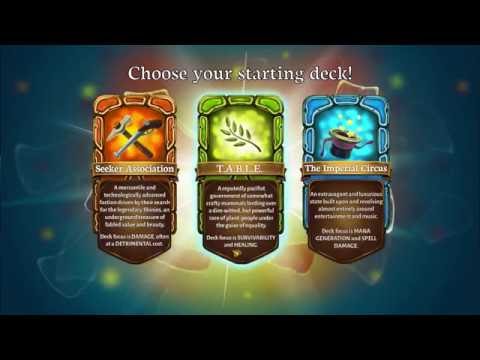 So in case you find this project interesting, we’d be happy for your support.
Greenlight page

If you're interested in a playable demo. Hit me a PM (@lizardgentleman) , and I'll send you a download.

A bit more about the game itself