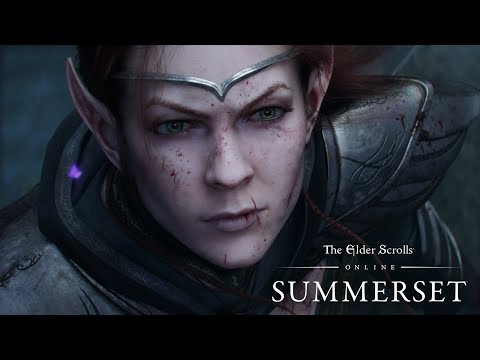 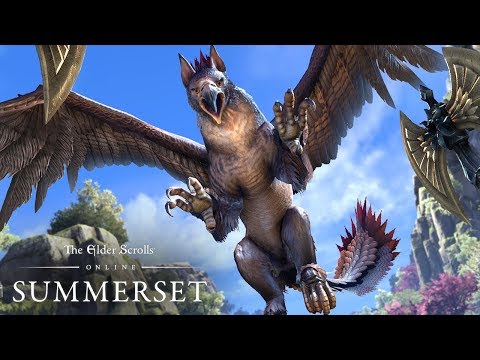 The Hitchhiker's Guide to Tamriel

Help! I'm not as new, but I really want to fight people!

The Hitchhiker's Guide to Cyrodiil

What is The Elder Scrolls Online?
An ZeniMax Online Studios, sister company to Bethesda Game Studios (developers of The Elder Scrolls series and Fallout 3). It takes place in the Elder Scrolls universe, but in the Second Era - well before the events of Morrowind, Oblivion (both Third Era) and Skyrim (Fourth Era). Tiber Septim isn't even a thing yet.

How do I play with other PAers?
As of this moment, anybody can play with anybody with OneTamriel. Given that you can have alts in any alliance, alliance doesn't matter quite as much as it used to, though I think we have more characters on the Aldmeri Dominion than anything else.

It's about $30 USD for the regular edition (Tamriel Unlimited). The Gold edition is $60 and comes bundled with the four main pieces of DLC released thus far: Imperial City, Orsinium, Thieves Guild, and Dark Brotherhood.

What about sub fees?

The sub fee is 100% optional. You do get goodies with it, but you can absolutely play just fine without (I do). If you choose to sub, you get the following as long as your sub is active:


What makes ESO different than other MMOs?

1. A robust, plot-based quest system, much like the mainline single-player Elder Scrolls games. For the most part, many of these quests are well-written, and most don't go into Kill Ten Rats territory. The downside is that questing is the best way to level, and the quests get VERY boring after the fourth or fifth time you've done them.
2. "Classes" are more of a guideline than anything else. Again, like main-line Elder Scrolls games, you build your character more based on what you want to do than what your class is. There ARE four classes, and some of those are better than others at certain things--Templars are the best healers, Dragon Knights are the best tanks, Nightblades are the best melee physical DPS, and Sorcerers are the best ranged DPS, and Wardens are still kinda being figured out but seem to be good at tanking and healing--but none of that is hard and fast. You can build an excellent Dragon Knight healer, a very strong Sorcerer or Nightblade tank... heck, my own main character is a ranged DPS Dragon Knight pyromancer. More on each class later.
3. Dynamic combat with dodging and blocking.
4. A well-rounded Justice system. You can burgle NPC houses, pickpocket NPCs, and even murder NPCs in the street (NPCs do respawn after a time because it's an MMO, but nonetheless...). Of course, if you get caught, the guards come after you... and unlike other Elder Scrolls games, the guards are no joke. They can and will wreck your day, even at high levels.
5. Really really REALLY big open-world PVP, very much like Dark Age of Camelot. Also the siege has ARC TARGETING!!!

What about end game? Are the raids?

Okay, so what can I play?

First off, there's three factions. Which faction you pick determines what races you have access to, what plotline you start with (though you can do all three on one character), and which Alliance that character is a member of in PVP.

The main Penny Arcade NA and EU guilds are be Aldmeri Dominion, though most people have individual characters in each faction, and we don't exactly PVP a lot.

Pax Arcadia is our main NA guild; it is Aldmeri Dominion. For an invite to the NA guild, message any of these people: first ten (image), eventually all of these folk will be able to invite

Ash Housewares is our main crafting guild (also NA); it is Ebonheart Pact. For an invite to Ash Housewares, message @LucidSeraph (spelled that way, not like my PA name) in-game.

Both guilds are super casual and open to most forms of play.

Oblivious inOblivion is run by @Wolfman0706 , whose ingame username is chaserman0706.

Both guilds utilize a shared guild bank so that if you're not a subscriber you have somewhere to store the mountains and mountains of crafting materials you'll end up with. Ash Housewares was founded explicitly for furniture crafting with a side-order of end-game crafting, so it mostly has end-game material and a lot of housing stuff. Pax Arcadia has more low-level mats and general randomness.

Because AH has a few non-PA members, you need to ask me explicitly for bank access, just for safety reasons. You need a PA forum account for bank access, which is mostly just so that if your account gets compromised, I have a way to check to see if you're alive. Post in this thread or PM me if you want AH bank access.

The main rules of both guild banks:

OPTIONAL: Download the Roomba addon and use it to stack bank items. Guild Banks do not automatically stack (for a lot of complicated reasons), but we like to stack ours because 1. we've already established that it's a communal space and 2. it saves said space. Use it every time you put something in the bank, and, voila! Nice clean guild bank with lots of slots.

What about builds and info and stuff?

Sadly, the community for ESO isn't very good about this sort of thing. Most of the info online is super outdated. However...

http://en.uesp.net/wiki/Main_Page <= UESP.net has mostly-good basic info about the game itself, including quests, locations, etc.

https://alcasthq.com/ <= Has a whole bunch of builds, and, more importantly, keeps them actually updated.

TamrielFoundry is a website for build theorycrafting, but it's kind of annoying to navigate and requires you to dig around in forums. Still, there are some great builds there. Here's one particularly splendid example of a Stamina Nightblade:

http://deltiasgaming.com/ <= Often somewhat outdated, especially since the main contributor ragequit over sustain changes to Morrowind, but has some pretty solid builds, and the secondary guy still contributes. My DPS DragonKnight build is nonetheless based on the one listed there.