boomRegistered User regular
November 2016 edited March 2018 in Social Entropy++
CARD GAMES! They're popular. They're hip. Some of them are on your computer, some of them are on your tablet or phone. Some of them promise that one day they're totally going to be on console, but we'll believe that when we see it. This is a thread for discussing the many card games on the market, so as to make it easier to shit on the ones we're bad at we don't like.

Most digital card games have a pretty simple economy: By playing games and completing quests, you earn a F2P currency, which you can spend on booster packs or a secondary mode in which you make a deck out of random cards and compete with other people. Then you can destroy extra copies of cards in order to make a crafting currency, which you use to get cards you don't have, since this isn't a physical game and you can't just buy it from a store. 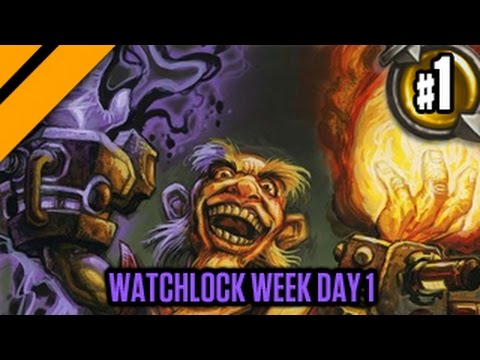 This thread wouldn't exist without Hearthstone. Like it or not, Blizzard's achieved success beyond their expectations and brought the genre to the forefront of public attention. Every game in this list learns something from Hearthstone, whether it's presentation, economy, marketing, or mechanics.

It's unlikely you're reading this thread and don't know what Hearthstone is, but just in case: In Hearthstone you play as one of 9 Classes, each of whom has access to neutral cards and their exclusive class cards. Creatures attack the target you tell them to attack, there are no actions (other than secrets) on your opponent's turn.

There's an expansion coming out for Hearthstone this week, on December 1st. It has several expansions out already, and a rotating Standard format. The next rotation will be sometime next year.
Available on: PC, Tablet, Phone 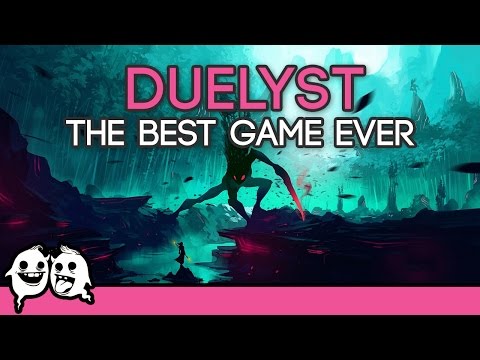 Full disclosure: Duelyst is probably my favourite digital card game at the moment. Unlike most other card games, Duelyst takes place on a game board more akin to a tactics or miniatures game than a card game. Creatures becomes units that you can move around the board, and your own character is represented as well – if your opponent can't reach you, they can't hurt you. In Duelyst you can play as one of 6 factions, each of which has two playable characters within it who have access to a unique spell only they can cast. It makes good use of its board, featuring cards that attack in an area of effect, cards that attack from a range, and cards that have bonus movement.

Duelyst has, for the most part, the most competitive starter decks for the new player experience. Not all of them, the Songhai deck has some cards that are fucking trash without the proper synergy. But for the most part you should be able to take a starter deck with all the cards unlocked and take it reasonably far in ranked as long as you understand card and tactics game concepts like positioning, card advantage, and so on. Duelyst also has the unique mechanic where each turn you can mulligan a card from your hand and draw a new one, shoring up shaky hands.

I want to stress again that I personally really like Duelyst, and a huge part of that is I can see how I'm fucking up. I'm constantly able to look at a turn once I'm done and say “oh I should have moved to that square instead, oh I should have attacked with this instead of that” and that ability to feel conscious of what's to be improved on is really satisfying. Plus the tactics gameplay is just fun and unique on the market.

Duelyst has one expansion so far, and they said they wanted to get one more out this year, but it's almost December and we haven't heard any details about it so I wouldn't hold your breath.
Available on: PC 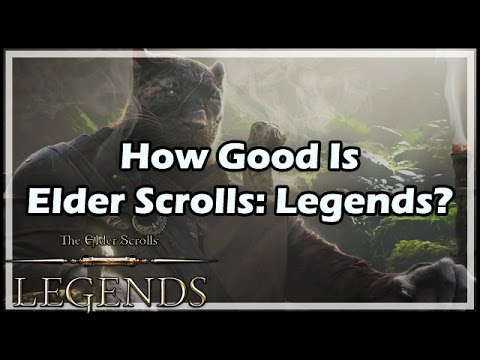 Elder Scrolls Legends is the sequel to the hit physics playground Elder Scrolls 5: Bad Rats. I haven't played it much because to be honest the elder scrolls aesthetic is wildly boring to me. In ESL you have two separate lanes that you can play your creatures in, and you can only attack or block creatures in the same lane. In addition, one of the lanes gives creatures stealth for what I can presume are gameplay reasons, but feel kind of arbitrary when you're just looking at this random generic board. In addition, when you go down to 5, 10, 15, 20, or 25 health for the first time you get to draw a card, and some cards allow you to play them on the opponent's turn when drawn in this way.

It seems fine? I don't like enough to include it in my stable of games being played, but it's probably worth a try if you're interested in these games. Though I'll probably give it another try now that I'm making this thread just to feel confident about that decision, and to flesh out this entry a bit later. I mean I haven't even told you how many classes/colours/whatever card separation there are. Seems unfair.
Available on: PC 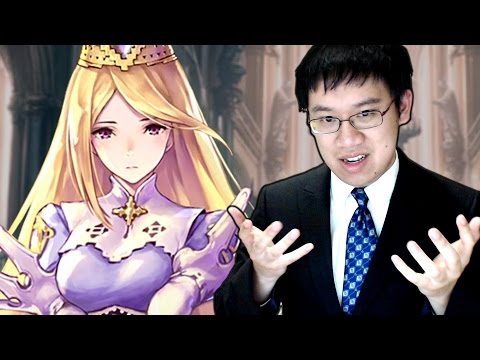 Let me get something out of the way immediately here: Shadowverse is anime. And I don't mean anime in the haha so wacky FLCL or the cool guy Cowboy Bebop ways, I mean anime in the “images that will get you jailed on the Penny-Arcade forums” way. Many, myself included, will find that aesthetic pretty hard to get over, and it's pretty understandable if you never do.

But to its credit, the people designing the actual gameplay of Shadowverse are competent and qualified. The six factions available all have very different strategies and mechanics available to them. One gets a discount on cards at the cost of them coming into play on later turns, while another generates cheap tokens to use with cards that care about how many cards you've played that turn. Both players get a limited number of “evolutions” each game – stat boosts that also enable a creature to attack another creature the turn they're played. This creates these tense tempo turns where you're constantly figuring out when the best time to use them is, and keeps low-level starter deck play relatively interesting.

Shadowverse has one expansion.
Available on: PC, Tablet, Phone 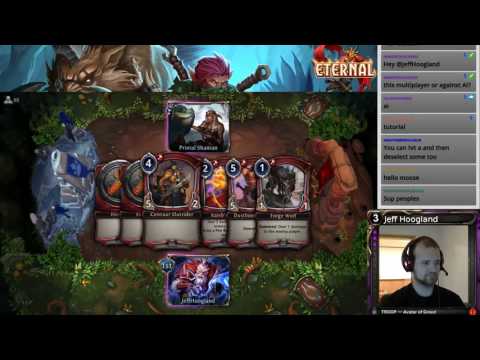 Eternal is the newest digital card game to go into open beta, and it seems alright! Unlike most of the other games on this list Eternal has aggressively tried to get much closer to Magic the Gathering, including a combat phase where you declare attackers and the opponent decides how they're blocked, and land. Right now it seems like an ideal mix of Hearthstone's readability and Magic's complexity, but time will tell if that turns out to be true.

One credit I give Eternal is that it seems to have a strong set of single player options available, and seems to give you a new two colour starter deck every week? Which on one hand is a bit slow, but on the other hand, is more than you get from most games. I like the mechanic where a creature attacks and then it buffs the next creature that you draw, except you're attacking with like 4 of them, so then you slam down a 2 drop except it has +4/+4 and you're like WHAT UP MOTHERFUCKER.

Oh if you want to make decks, go into the options and turn on Advanced Deckbuilding. The game won't let you put in non-generic land if you don't click that, which is a PRETTY IMPORTANT PART of building a deck.
Available on: PC 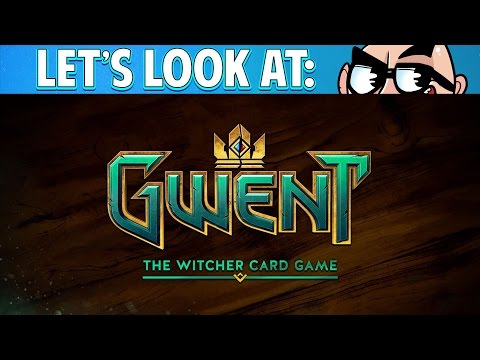 Hex
This is apparently still going strong! I haven't played it. I probably shouldn't have kickstarted it.

Faeria
I know this exists. I am pretty sure it is a commercial failure.