[WoW] Someone really needs to start a new thread 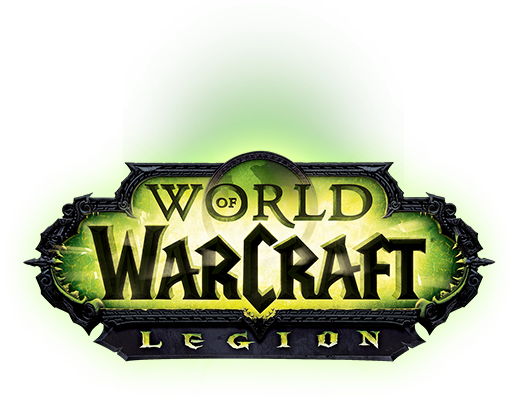 Is there a PA guild?
There is not a PA guild associated with this thread. We do however have a discord channel that we use to organize. Permanent link is: https://discord.gg/ZrDh6u5, or ask @ Dhalphir
There are both Horde and alliance toons in there, so feel free to message people and start groups together. Seriously don't be a stranger, there are a lot of helpful people.

There is also a Horde guild on Chogall that is run by the fine people of SE++ which you can find more info about in their thread.
I'd also be remiss if I didn't mention the ancient Penny Arcade Alliance on Dark Iron. Founded by Tycho himself, <Knights of Arcadia> is still going strong. You can contact @ SniperGuy for more info there. Be forwarned, Dark Iron is a PvP server with a serious imbalance in favor of the Horde, so you know if you're not ready for some 1v5 action... 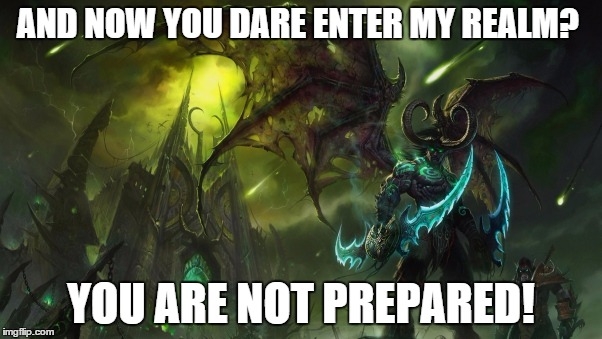 I haven't played since <Previous Expansion>, what's changed?
Let me explain... No, there is too much, let me sum up.

Class Fantasy
As is customary with each expansion, classes have gone through significant changes. The focus for Legion was on refining Class Fantasy: giving each class defined strengths and weaknesses, and moving away from the homogeonized jacks-of-all-trades they'd become. You can read more about Blizzard's philosophy on each class here at their class preview page. You also get a free boost to level 100 with purchase of Legion, and the opportunity to do a trial run with a new class before locking in your choice for that boost.

Order Halls
Garrisons are dead! Long live Order Halls! Seriously, though each class gets it's own Order Hall complete with a class quest chain that awards a set of armor at max level with a unique look for each class. Order halls also give follower missions (similar to Garrisons) and are generally really awesome looking with tons of followers walking around in teir gear, etc. Full Wowhead guide here.

Artifact Weapons
Each spec has it's own unique Artifact Weapon, which you'll be using exclusively here on out. There are no weapon drops in Legion, instead there are relics which work like gem slots and will increase the ilevel of your weapon. There are no new talents or abilities given to each class in Legion, instead character progression is gated behind powering up your artifact (through the aptly named Artifact Power consumables) to add new abilities and passive bonuses. All AP is gained via using consumable items, so you can totally queue and play as a tank but put all your AP into your DPS spec instead. Additionally, after reaching 110 you can start researching Artifact Knowledge which increases the amount of AP you gain from each consumable earned afterwards. AK research has a catch-up mechanic, so even if you're just starting now you won't be permanently behind.

Warforging & Titanforging
All loot drops from max level content; World Quests, dungeons, raids, pvp chests, etc, have the chance to proc additional ilevels in sets of 5 up to the current maximum ilevel of 895. Each item also has a chance to proc the tertiary stats (leach, speed, avoidance, and indestructible) and/or a socket. So you potentially could get a Titanforged ilevel 895 helm with leach and a socket from your very first world quest. You would then also immediately need to buy a ticket to Vegas and put it all on red.

World Quests
Across the map you'll see quest icons. Going to the specified area will generate a quick audio intro to the quest and automatically add it to your quest log. Finishing the objectives will automatically complete the quest, and leaving the area will also remove it from your log. I'm not going to lie to you; these are reskinned dailies with better rewards, but we don't care.

Legendaries
There are currently 160 new legendaries for legion. They are divided up among class and spec with a few shared by role and 2 universal ones. You can get Legendaries from almost any activity at any level in legion (yes, you could get one at 98 from your very first dungeon run). They are currently ilevel 895, and will continue to scale throughout the expansion, as well as provide some crazy overpowered effects for your class/spec. Expect to never get one yourself, unless it drops for you on an alt you don't really mean to play.

Dungeons
There are four difficulties for dungeons this time around. Additionally, why leveling dungeons scale to your individual level; so a level 108 tank could be healed by a level 101 healer and a level 100 DPS could (and probably will) pull more weight than a level 110. Normal loot drops scale with level and cap at 805. Heroic dungeons drop ilevel 825 items, and require a min ilevel of 810 to queue for (but you can form a group yourself and walk into any heroic naked if you want). Mythic dungeons can only be completed once each week and drop 840 gear and can't be queued for. You will have to put together a group the old fashioned way, but there are lots of resources for doing so. The in client group finder tool is a good way to start, as is joining our discord server. Realize that the ease/difficulty of finding groups is 80% of what we argue about in this thread; join in!

Finally there are Mythic+ dungeons which require a bit of explaining. After completing your first Mythic dungeon, you'll get a Mythic Keystone which will be attuned for a specific dungeon. Putting the Keystone into the Font of Power at the start of the appropriate dungeon will start a timed run of that dungeon. Beating that time will level up your keystone allowing you to take on increasingly challenging dungeon content. At Mythic 4+ your keystone will gain an affix like "Teeming" which will increase the difficulty even more by adding more mobs or other effects to the trash. This provides small group friendly end-game content as the rewards scale with the difficulty. Unlike regular Mythics, there is no lockout on Mythic+ dungeons.

Raiding
Raiding also has four difficulties, and each has it's own lockout meaning you could masochistically run the Emerald Nightmare 4 times in the same week! Looking For Raid can be queued for, and has reduced difficulty and fewer mechanics allowing it to be completed by unwashed uncoordinated masses and drops 835 loot. Normal (850) and Heroic (865) difficulties require preformed raids (so, you know, get social), but can be run by and scale to group sizes between 10 & 30 people which gives groups some great flexibility. Mythic raiding requires exactly 20 players who are all on the same battlegroup, and is the only content restricted in this way. Mythic drops 880 gear that is permanently stained with salt.

PvP
PvP has seen the most changes this expac. Abilities now have pvp modifiers, usually downtuning, meaning your awesome 1.4 mil Justicar's Vengeance crits in pve will 'only' hit for 936k in pvp. Additionally any instanced pvp area (battlegrounds, arena) will apply a stat template to your character and ignore all gear (except for traits from your Artifact Weapon). Raising your average ilevel above 800 will give you a small bonus to your template, but generally limited to single digit percentage points which means that entering PvP is easier than ever. There is still PvP gear, but realize that it's pretty much just a visual thing now. Honor points are no longer a currency: instead you have Prestige levels which are pretty much an experience bar that goes to level 50. Along the way at each honor level you'll get nice rewards and unlock your PvP talent tree skills. Getting to Honor Level 50 let's you trade it all in for a prestige rank, netting you some cool titles and mounts and starting the honor grind all over again. Once 7.1 hits you won't lose out on your pvp talent unlocks, but until then...

Do I have to buy all the previous expansions?
No you don't! All previous expansions through Warlords of Draenor have been rolled into the base game. You just need to purchase a copy of Legion to access the current content, and doing so gives you a free character boost to level 100 to get you right into the thick of things.

«1234567…102»
This discussion has been closed.
Penny Arcade Forums› Games and Technology› MMO Extravaganza
Powered by Vanilla