The Magicians is a show on SyFy based on books with the same title. The adaptation isn't completely the same, but I don't know much about that because I never read the books. Its basically a story where someone took all the stuff from things like Harry Potter and Chronicles of Narnia and twisted them to be how they would really be in our world. Like in order to get the power of a God, its a bit more grounded than It just waving Its hand at you. Magic doesn't solve all problems, but rather it exists in a world of similar but different problems. Also, something as powerful as magic is as addicting and ruining as all things that are powerful.

The story starts with our characters finding out that magic is real and there is a school (Brakebills) that you can attend to learn to be a magician! Then the story remembers that its not Harry Potter and our protagonists do not have plot armor. Stuff happens to our great and terrible characters: 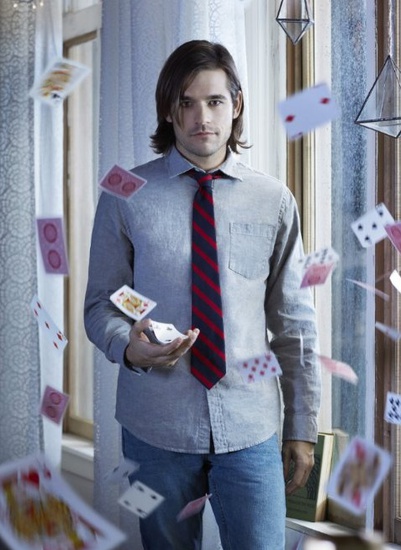 SyFy wrote:
Quentin has always been on the outside looking in. He's awkward, unsure, overthinks everything, He's the sort of guy always pining from afar (especially for his childhood best friend, Julia). It's no wonder the world of magic – especially in his favorite book series, Fillory and Further – has been such an escape. But, as Quentin discovers upon entering Brakebills University, magic is more than the card tricks he's learned over the years. It's very real and he can wield it. For the first time in Quentin's life, the future doesn't look so bleak.

Basically the Harry Potter of the series. If Harry Potter didn't have super special parents or a prophecy about him and was just obsessed with magic due to a series of books about a magical place called Fillory. The Fillory books are almost exactly like the Chronicles of Narnia. He is so obsessed about this place and magic that he can't connect with the real world. As a result he's super whiny and sad all the time. Surely he'll be happy when he discovers that magic is real and Fillory exists! 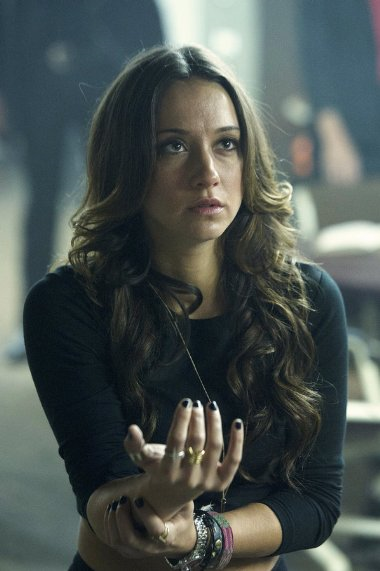 SyFy wrote:
Julia, Quentin's longtime best friend, has always been a perfectionist and an overachiever. She's embraced pragmatism; a nice apartment, a respectable boyfriend, an acceptance to Yale. Everything Julia has wanted, Julia's gotten. Except for magic. And she will do anything to get it.

Quentin's lifelong childhood friend who has outgrown the childhood stories of Fillory and is having a pretty successful life at University. She is trying to get Quentin to forget his childish ways like she did. What will she do when she finds out magic is real? 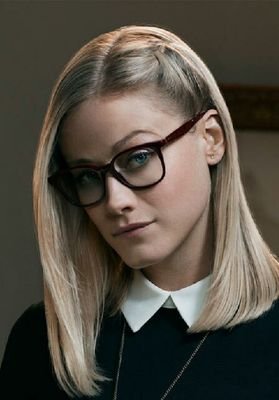 SyFy wrote:
Alice is a phenomenally talented magician, but you'd never hear that from her. In fact, you never hear much of anything from her. Alice is painfully shy, but that all evaporates when she's practicing magic. Her potential is limitless, unsurprising given her family legacy. But Alice's past is filled with some darkness, moments she's determined to not let interfere with her future.

Basically Hermoine Granger but also from a long line of powerful magicians. She quickly becomes Quentin's love interest, but has her own issues to deal with. Like her brother died at Brakebills and her family is all a bunch of powerful magicians, oh no what a legacy to live up to.

Eliot Waugh (great: literally the co-best character on the show. full of quips and awesome stuff)

SyFy wrote:
Eliot is one of the more established students at Brakebills. He's got an opinion on everything and - if you ask him - it's usually right. Don't let his excellent sense of aesthetics and "vigorous hedonism" lead you into thinking life has been easy street. As Eliot is one to remind you, magic comes from pain. And he's a very good magician. He also makes a fantastic cocktail.

One of the older students that introduces Quentin to the school. He is hilarious and basically runs the party side of the school. Lots of backstory to this guy that I don't want to ruin. Also, the show has taken this character to a ton of places and has had the best story arcs so far.

SyFy wrote:
She's not a bitch; she's just honest. At least, that's what Margo will tell you. She's as equally gifted in partying as she is magic. In fact, Margo's a study in contrasts: intellectual yet academically unfocused, reserved yet social. The only thing that's dependable is her unpreditability. Well, that and consistently excellent wardrobe.

Margo and Eliot are best buds. She is somehow even more snarky than him and even more fabulous. Her arc has recently taken a great turn in season 2 and I can't wait to see where they go with her.

William 'Penny' Adiyodi (great and terrible: super grounded and realizes magic doesn't solve everything, but also a real buzzkill for the first season) SyFy wrote:
Penny is the proud outcast of the group, but when [redacted] he begins to spiral out of control. He is desperate for a solution and will stop at nothing to fix himself. In the midst of his healing journey, Penny surprises himself with acts of selflessness that demonstrate a shift from loner to friend.

Hey SyFy, how about you don't spoil the entire first season for everyone that goes to your site? Penny has some serious psychic powers which is awesome because he can read minds and go into dreams and even travel between dimensions! But he can also hear everyone's thoughts to the point where he can barely focus on what's really happening. Self medication solves that...

There are a ton of other characters on the show that are great like various teachers at the school, other students, and people from other realms. The plot moves along at a surprisingly quick pace. Shit goes down on the regular.

ONE BIG CAVEAT: Wow does the acting suck for the first bit of the first season. It takes a while for Eliot and Alice to grow on you and for their actors to get a handle on how to be annoying without being actually annoying. Hang on and enjoy the show in spite of them and if you like what the show is trying to do, I promise you will be addicted come season end.

Please spoiler all book plot talk and anything from the current season!