[Agents of SHIELD] Season 6 is airing, Season 7 will be the last

Marvel's Agents of SHIELD began as a paint-by-numbers NCIS-style show with a focus on the covert agency's attempt at keeping the world safe. Things went sideways when Hydra was revealed in Winter Soldier. Nothing's been the same since. SHIELD has been dismantled by the government and labeled a terrorist organization. Fury tasked Coulson with reforming SHIELD from the ground up. Then Inhumans started sprouting up everywhere, and SHIELD started dealing with that. Now there's a Ghost Rider and a literal magic book that is totally not the Cryptonomicon and, oh yeah, human replacement robots called LMDs exist and you can't tell them from people.

A full season of 22 episodes have been ordered for Season 5.

It has not yet been renewed for Season 6.

Active Agents, as of the start of Season 4

Jeffrey Mace (Jason O'Mara), the new Director of SHIELD. Put in charge as the public face of SHIELD since the world still thinks that Agent Coulson is dead. Credited as a hero when he risked his own life to save the lives of others during a bombing of the U.N. in Vienna.

Melinda May (Ming-Na Wen), SHIELD elite veteran who says little and packs a big punch. Nicknamed The Cavalry when she rescued an entire SHIELD team from a powered individual. Took a vacation after the nastiness at Afterlife. Back in the field, but slightly less reserved and more tempered than when she was first introduced.

Daisy Johnson (Chloe Bennet), once a naive hacker living in a van but now is a living weapon. The first Inhuman on the team, Daisy is able to project vibrations powerful enough to stop bullets - and level mountains. Probably the most badass person in the room.

Jemma Simmons (Elizabeth Henstridge), genius biologist who originally wasn't very good at lying, but got a lot better at it after she infiltrated Hydra and turned to management. The other half of our favorite doomed couple.

Alphonso "Mack" Mackenzie (Henry Simmons), the big, burly, stern-faced... rather brilliant mechanic and emotionally tuned individual. Enjoys teasing his friends and rehabilitate everyone who needs it. Which is everyone. Fond of axes. And shotguns. Preferred weapon: shotgun-axe.

Billy Koenig, Level 6 S.H.I.E.L.D. agent and one of the few men trusted by Nick Fury to guard secret SHIELD bases. Billy was stationed at The Playground, an old SSR base presumably in Europe. Billy likes to play Call of Duty during down time. 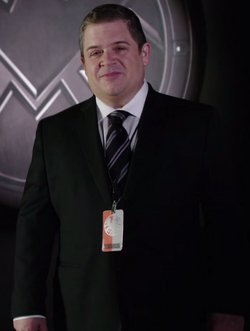 Sam Koenig, Level 6 S.H.I.E.L.D. agent and one of the few men trusted by Nick Fury to guard secret SHIELD bases. Sam was a bit more of a field agent than his other brothers, helping Coulson to rescue Raina from Hydra operatives. When Coulson took the team into the Kree city beneath San Juan, Puerto Rico, Coulson told Sam to head to The Playground and active Theta Protocol if things went poorly. 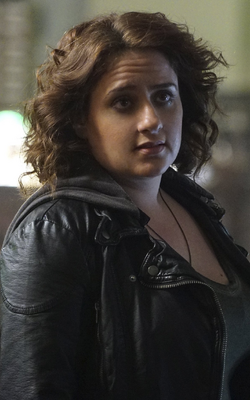 Lance Hunter (Nick Blood), British once-merc with a shady past, womanizer and hasn't gotten over his ex, Bobbi Morse. He's kind of a dick, but in that sort of awesome way. Retired following being burned in a SHIELD operation.

Bobbi Morse (Adrianne Palicki), elite SHIELD operative skilled in deception and combat. Worked undercover at Hydra. Abducted and tortured by Ward. Bears the name, physical similarity, and fighting style of Mockingbird from the comics. Retired following being burned in a SHIELD operation.

Eric Koenig, Level 6 S.H.I.E.L.D. agent and one of the few men trusted by Nick Fury to guard secret SHIELD bases. Eric was stationed at Providence, a facility hidden in Canada. Fond of lanyards. Murdered by Ward during Ward's attempt to kidnap Skye for Hydra.

Antoine Triplett (BJ Britt): SHIELD agent and grandson of a Howling Commando. Killed trying to save Daisy during her exposure to Terrigen Mist. 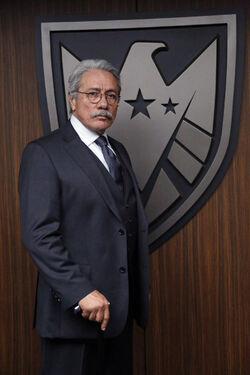 Robert Gonzales (Edward James Olmos), the face of "Real SHIELD", an unauthorized SHIELD offshoot operating without Nick Fury's knowledge or blessing. Opposed Coulson's SHIELD for a brief time. Killed by Jiaying to incite conflict between SHIELD and the Inhumans of Afterlife. 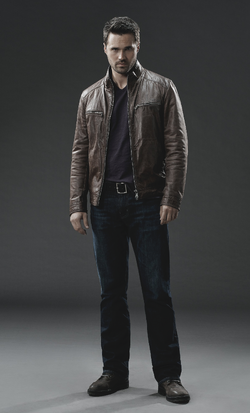 Grant Ward (Brett Dalton), a spy sent by Hydra to infiltrate SHIELD. Captured, escaped, captured again, escaped again. Kidnapped Bobbi and tortured her at length in order to rehabilitate the damaged Agent 33. Left to rebuild Hydra after Hunter tricked him into killing her. Killed by Phil Coulson on Maveth. Body used by the Inhuman creature known as Hive, until it was destroyed in a nuclear blast following the Battle of the Playground.

PLEASE NOTE, REGARDING SPOILERS - Tag anything that applies to episodes less than a week old, and obviously tag anything from upcoming episodes.
I'm on a podcast with other PA folk. Which? That DnD Podcast.
Penny Arcade Rockstar Social Club / This is why I despise cyclists
jdarksun on July 2019