Do you remember that tabloid that used to be in grocery stores everywhere? Weekly World News, I think it was called. One week they’d have a headline saying the Illuminati were controlling all television broadcasts, the next week they’d say the Templars had protected the Queen of England from a demonic terror attack. That there’s a portal to Hell in the desert somewhere, and some lady in Romania had her child stolen by goblins. That the Earth is hollow and the Soviets were using it to conduct transdimensional experiments. You know how that tabloid isn’t around any more? That’s because somebody got tired of them printing the truth. Every example I rattled off? That’s just the tip of the iceberg.

Try to keep up, because I need you ready to be fighting Deep Ones within the hour. These secret societies that the tabloids treat as shadowy boogeymen aren’t all bad - sure, they all want to control the world, but that also means they want to make sure that we don’t fall victim to an eldritch invasion or become vampire chattel. You might be getting imbued with magical energies by Gaia herself, but a single soldier can’t win a war. So pick your side, before they choose it for you.

A whisper of a rumor of a shadow, this Asian group is the most secretive of societies. With no fixed territory or structure, the Dragon have dissolved and reformed throughout history. They believe that a closed, controlled society is a sick society. Only through collapse and rebuilding, the natural chaos of life, can the world be in harmony. Recently, they have taken root in a nameless district of Seoul, Korea. To an outsider, their strategies are incomprehensible. Fractal patterns, chaos theory, random numbers, unrelated events. The Dragon understand that there is no pattern, only acts of great change to be committed. From a whisper to an explosion, they divine that an incident here, a disappearance there, can change the course of everything; acupuncture applied to a paralyzed planet. In the order of the Dragon, you are given the entire cosmos in potential. They have practiced martial and mental arts attuned to the true harmony of the world. The most dangerous and unpredictable of magics bend to the wills of those who are dangerous and unpredictable. In the approaching dark times, things will never be the same again. You are in the Dragon's element.

The Illuminati may have ancient roots, but they remain forever young and hungry. In every growing empire they have played for it all. And they play for keeps. Stealing the Americas from under the Templars' noses, they grew with the United States to become a shadow superpower. Their corporate headquarters, the Labyrinth, is in an undisclosed location beneath Brooklyn, New York. Acting silently, unless the occasion calls for a gunshot, the Illuminati push for a New World Order. It will be empowering and ruthless. Failure is not an option. Complacency is worse than not an option. Their arsenal is the ambition of a new media startup, the rhetoric of a congressman and a mogul's business sense. Working hard, playing hard and fighting dirty. The Illuminati's golden agents enjoy power, money and glamour – but the real power they offer you goes beyond that. Information worked from every civilian, government and clandestine organization in the world. Advances in modern magics, in the 'New Magic', that the secret world has never seen. They can give you everything...and they can take it all away.

Proudly tracing their royal lineage back to Babylon, the Templars are the lions of the secret world. When they roar, everyone listens. Old Europe is theirs, and the Templars' marble hall dominates the old London borough of Ealdwic - historic capital of the secret world. It's not just a show of strength. Nothing is just for show with the Templars. At the forefront of the war against darkness, they decide for themselves what counts as darkness. Never backing down from a fight. Never forgetting a grudge. They have tradition to uphold. For thousands of years they have been single-minded in their mission to obliterate evil in all its forms. Where angels fear to tread, the Templars kick down doors. As a soldier of the Templars, you will benefit from their military might. They have hoarded vast occult libraries and the hard-won knowledge of battles throughout time. Their traditional magics, the old mysticism of sorcerers and priests, of life and death, are powerful still. And the loyalty between Templars may be old-fashioned, but it is absolute. You will not stand alone.

Have you chosen which color of flag to fly? Good. Now let’s get you some weapons. Those hordes of zombies and demonic legions aren’t going to fall over dead by themselves, after all. So, how do you want to go about saving the world?

Whenever you hit with a Blade ability you have a 50% chance to generate Chi. When you have accumulated 5 Chi you have 5 seconds to consume them and cast the Blade Special ability “Spirit Blade”. “Spirit Blade” grants a beneficial effect that causes your Blade attacks to deal additional damage, based on your Combat Power.

If you do not or cannot cast “Spirit Blade” within 5 seconds of gaining 5 Chi you will consume all Chi and gain a heal over time effect that lasts 3 seconds and heals you for 7% of your maximum hit points each second.

Chi does not decay.

You can store up to 100 Fury by attacking and healing with a Fist Weapon. Each set of empty beads on the Fury meter represents 100 Fury. The 6 beads on each side of the larger central bead are mirrored indicators.

Whenever you use any Fist Weapon ability, regardless of the results, you will gain an amount of Fury defined by the ability you chose. The exact amount of Fury gained can be found in the description of each ability. Once you have accumulated 60 Fury you can cast either of the two Primal Wrath abilities, if you have them equipped.

Casting either of the two Primal Wrath abilities will swap all of your equipped abilities for a new predetermined set of normally inaccessible abilities. These new abilities are more powerful than regular abilities, but you can only cast them until your Fury is spent. 20 points of Fury are consumed each second after a Primal Wrath ability is cast. When your Fury is depleted you will revert back to your normally equipped abilities. This means that you will always have at least 3 seconds of Primal Wrath, and up to 5 seconds with full Fury.

Fury does not decay.

Rage does not decay.


Maybe you want to take advantage of the magical energies you can now harness.
Weaponized Magics
Blood Magic
https://twitter.com/SecretWorldLgds/status/874987742500761604

Whenever you deal damage divisible by 8 with a Chaos Magic ability you generate between 2 and 4 Paradoxes. Your affinity with Chaos Theory allows you to bend probability and have a 30% chance to deal damage divisible by 8. Once 8 Paradoxes have occurred, a random powerful event triggers and your Paradoxes are consumed. The potential events are: Singularities, Enigmas, or Doppelgangers.

Enigmas are beneficial effects that will be cast on a random nearby enemy. They provide the enemy with minor buffs, but if you purge these effects from the enemy or if you defeat the enemy you will gain much more powerful versions of these effects for you and your entire team. The following potential Enigmas can occur:
Doppelgangers are alternate versions of you from a parallel universe that will appear to assist you in combat. Two Doppelgangers will always appear when this result is rolled. Doppelgangers have 3 abilities they will attack enemies with. Dissonance is a single target attack that hits targeted enemies once for a high amount of damage. Dissipation is a single target channeled attacked that hits enemies 5 times for a low amount of damage per hit. Cacophony is a targeted area of effect attack that hits up to 6 enemies once for a moderate amount of damage. All Doppelganger ability damage is based on your Combat Power.

Chaos Paradoxes do not decay.

The Thermotics meter scales to 100, and has 3 important thresholds:


Or maybe you believe that a hail of bullets is the best way to approach combat.
Ranged Weapons
Assault Rifle
https://twitter.com/SecretWorldLgds/status/870663629120692224

If a grenade detonates before it is fired then you will take 15% of your maximum hit points as damage and up to 6 enemies in a 5 metre area around will take minor damage.

Whenever you activate most Pistol abilities your chambers roll to a new combination. If the combination’s colors match, your chambers will lock into this combination for 3 seconds and you will deal additional damage when your Pistol abilities hit. At the start of any combat you will always automatically roll a white match. The bonus damage for a blue match is higher than that of a white match, and the bonus damage of red match is higher than that of a blue match. All Pistol damage bonuses are based on your Combat Power.

The bonus damage that you deal while matched is not dependent on the barrels being locked, and the damage bonus granted by the chambers matching applies for the entire duration of an ability cast. This means that if your lock is about to end, you can cast an ability with a noteworthy channel time to continue benefiting from a match’s damage bonus even when the lock is not present.

When combat ends your chambers will reset to a white match.

The more Shotgun abilities you have equipped on the ability bar the better chance you have to load shells that are advantageous for your current situation. There are 4 types of Shotgun Reload abilities: Anima-Infused Shells, Dragon’s Breath Shells, Depleted Uranium Shells, and Armor-Piercing Shells.

Anima-Infused Shells heal you for 3% of your maximum hit points when you hit an enemy.
Dragon’s Breath Shells inflict a damage over time effect on the enemy when you hit that escalates with each stack of the detrimental effect you apply, up to 6 stacks. The damage dealt by the damage over time effect is based on your Combat Power.
Depleted Uranium Shells hit for additional damage on every hit from a Shotgun ability. The damage dealt by the additional hit is based on your Combat Power.
Armor-Piercing Shells have a 50% chance to apply Exposed with a 3 second duration when you hit.
Shotgun shells are reloaded at a rate of 1 per second when out of combat from the most recently used type.

Don’t worry too much about deciding. You can learn how to use all of these weapons, in time.

Be careful. You might not be able to die any more - well, not permanently anyway - but there are worse fates than death. It’s not just your life on the line here. The world needs people willing to work in the shadows, to do the dirty deeds necessary to ensure the masses stay safe and ignorant. But keep the apocalypse at bay long enough, and the right people will take notice, all the same. See you on the other side. 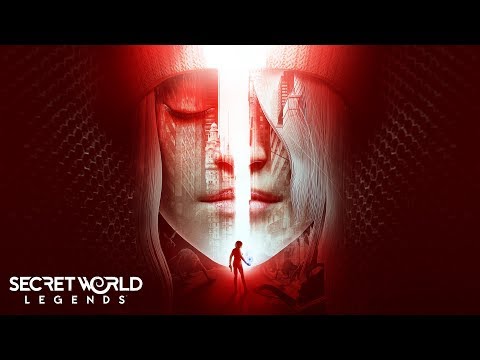 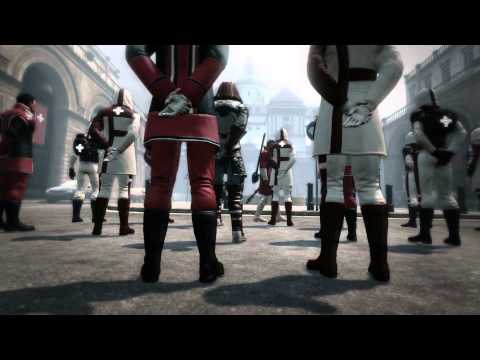