So what is Dark & Light you ask?

Dark & Light is a survival Sandbox in the vein of Ark, as in it's basically the same company. What is different here? Well ! It is set in a Fantasy world of dragons, giants, goblins, elves and dwarves. It has less of the weirdness that Ark has with its sort of sci-fi end-game stuff, it has NPC's with shops and their own towns with quests like an RPG. Basically, if you liked Ark you will probably enjoy what is to offer here, especially so if (like me) you didn't like Ark's end game sci-fi stuff or setting very much. If you are going to buy the game I highly suggest you install it to an SSD. You will save yourself a lot of headaches. This game is in early access, so of course expect a few patches and the occasional broken patch as well.

This video basically explains most of it: 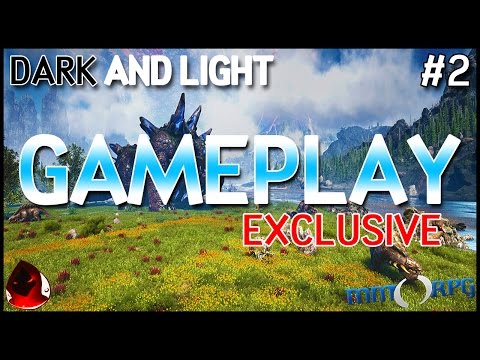 Do we have a server for PA?

Well, Sort of ! I have started and am hosting my own 24/7 server as of posting this thread. Server may go through hiccups as the game is still in Early Access, and whatever bugs come with that.

You can find it via IP or through searching in game under Unofficial.

You can donate to the server via paypal to: [email protected]

Most people seem to be setting up on either the Dwarf of Elf race factions.

Performance pro tip: Put this -USEALLAVAILABLECORES -novsync in your launch options under properties in steam, see your FPS rise.