Previously known as, I shit you not, "Waffen"Registered User regular
September 2017 edited January 2019 in Help / Advice Forum
NOTICE
Depression\Suicide\Deployment Stress\PTSD is\are very serious topics. If you're feeling as if you need help we will listen and try to help you out! However, keep in mind that nobody on Penny Arcade is equipped to help you in the same way a Behavioral Health Specialist is. See below for resources for obtaining help


A QUICK WORD ABOUT THE RULES
Couple of new rules

1. No bigoted language. witch-hunting, and keep rivalries to a minimum.
2. Keep discussions civil. We are all on the same side.
3. Do not violate OPSEC
4. Asking for or providing the answers to online or in-class military courses or tests is not allowed. This also applies to discussing exploits in course software.
5. Suggestions to do anything fraudulent, immoral or illegal are not tolerated.
6. Overtly political posts are not allowed. Do not come here asking for, "What does the military think about current societal political issues." Keep those questions to Debate and Discourse Please.

BRANCHES
Note: Under each branch I've listed a few member who have voluntered to answer personal questions though PM's. Any of these people will be more then happy to help you, but by all means don't be afraid to post your question in the thread. It's participation that keeps it alive. The only change I've made is that due to OPSEC and countless security briefs, I've removed what everyone's Rank/MOS/Jobs are. If you want to add what your rank/job is, just PM me and I will update the post. 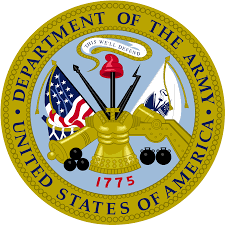 The United States Army is the branch of the United States armed forces responsible for land-based military operations. It is the largest and oldest established branch of the U.S. military, and is one of seven uniformed services.
The primary mission of the Army is to "provide necessary forces and capabilities ... in support of the National Security and Defense Strategies"..[3]

The United States Navy (USN) is the sea branch of the U.S. Armed Forces. It is one of the seven uniformed services of the United States. The U.S. Navy is the largest in the world; its battle fleet tonnage is greater than that of the next 13 largest navies combined. The U.S. Navy also has the world's largest carrier fleet, with 11 in service and one under construction. The 21st century United States Navy maintains a sizable global presence, deploying in such areas as East Asia, the Mediterranean, and the Middle East. It is a blue water navy with the ability to project force onto the littoral regions of the world, engage in forward areas during peacetime, and rapidly respond to regional crises, making it an active player in American foreign and defense policy.

The United States Air Force (USAF) is the aerial warfare, space warfare, and cyberwarfare branch of the U.S. armed forces and one of the American uniformed services. Initially part of the United States Army, the USAF was formed as a separate branch of the military on 18 September 1947 under the National Security Act of 1947. It is the most recent branch of the U.S. military to be formed. In its 2009 Posture Statement the USAF articulates its primary goals as "Global Vigilance, Global Reach, and Global Power".

The United States Coast Guard (USCG) is a branch of the United States Armed Forces and one of seven uniformed services. The Coast Guard is a maritime, military, multi-mission service unique among the military branches for having a maritime law enforcement mission (with jurisdiction both domestically and in international waters) and a federal regulatory agency mission as part of its mission set. It operates under the Department of Homeland Security during peacetime, and can be transferred to the Department of the Navy by the President or Congress during time of war.

Thunder Run: The Armored Strike to Capture
by David Zucchino

Black Hearts: One Platoon's Descent into Madness in Iraq's Triangle of Death
by Jim Frederick


One Bullet Away: The Making of a Marine Officer
by Nathaniel Fick, CPT (ret) (Known as the LT in Generation Kill).


Helmet for my Pillow
by Robert Leckie


With the Old Breed
by Eugene Sledge


The Face of Battle
by John Keegan


We Were Soldiers Once...and Young : Ia Drang : The Battle That Changed the War in Vietnam
by Harold G. Moore, Joseph Galloway (Contributor)


Once an Eagle : A Novel
by Anton Myrer


The War to End All Wars : The American Military Experience in World War I
by Edward M. Coffman


The Quiet Warrior : A Biography of Admiral Raymond A. Spruance (Classics of Naval Literature)
by Thomas B. Buell

One Hundred Days : The Memoirs of the Falklands Battle Group Commander
by Woodard


Follow Me I : The Human Element in Leadership
by Aubrey S. Newman


Follow Me II : More on the Human Element in Leadership
by Aubrey S. Newman


Soldier and the State : The Theory and Politics of Civil-Military Relations.
by Samuel P. Huntington


The Passing of the Night: My Seven Years As a Prisoner of the North Vietnamese, by Robinson Risner


Lincoln on Leadership
by Donald Phillips


They Also Flew
By Lee Arbon


This Kind of War
by T. R. Fehrenbach


Embattled Courage : The Experience of Combat in the American Civil War
by Gerald F. Linderman


The Caine Mutiny : A Novel of World War II
by Herman Wouk


First to Fight: An Inside View of the U.S. Marine Corps
by Victor Krulak


Flight of the Intruder
by Stephen Coonts, Paul McCarthy


The Price of Admiralty : The Evolution of Naval Warfare
by John Keegan


Men Against Fire : The Problem of Battle Command in Future War
by S.L. Marshall


For the Common Defense : A Military History of the United States of America
by Peter Maslowski, Allan Reed Millett


Certain Victory : The U.S. Army in the Gulf War.
by Robert H. Scales


George C. Marshall: Soldier-Statesman of the American Century
by Mark A. Stoler