Wizards: The Dumb Nerds That Can. An Melding Guide 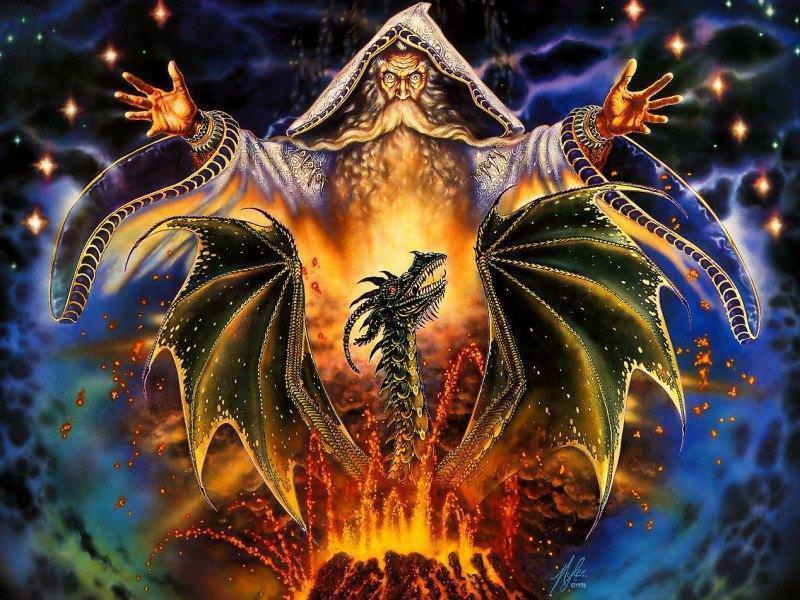 Perhaps the most dangerous human opponent a monster hunter may ever come across.

Normally it is the MRE's stance to not cover humans and the like because the fact they want to avoid the whole 'man is the real monster' trope, and writing guides about how to murder a human isn't a good look.

But I'm on forced leave, so fuck those guys.

Wizards are human spell casters, differentiated by their method of pulling arcane power out of the flow of magic, and the forming it into spells. It is a learned art, leaning close to a science, but like baking even if you do everything perfect you still might kill everyone you meant to help.

And in the case of a wizard the odds of that are basically 100%.

The defining trait of a wizard is that it is a learned art, at best third nature, so removing a wizard from their tomes and scrolls is actually a fairly effective way to disarm a wizard for a time. Though some can actually memorize spells enough to cast them without reference, these are human calculator rare, most just tattoo a weak lightning bolt spell on their arm and call it a day. However, this also means they don't have to rely on implements and fetishes to cast spells, an old wizard with a scroll is as as dangerous as a young warlock with the hand of Azuzu, to put in understandable terms. This said however, many will use wants and staffs for effect or to store magic because Wizards are lazy.

Wizards are also prideful, as mentioned before when challenged to a Wizard Duel there is no saying no when you're a wizard. If you are not a Wizard you can't invoke wizard duels, so there's no point in covering these any further.

So how does one stop a wizard?

Let us explore the myriad of ways one can thwart a wizard.

In this here, wizard thread.