[Fire Emblem] The Strategy RPGs at their finest! 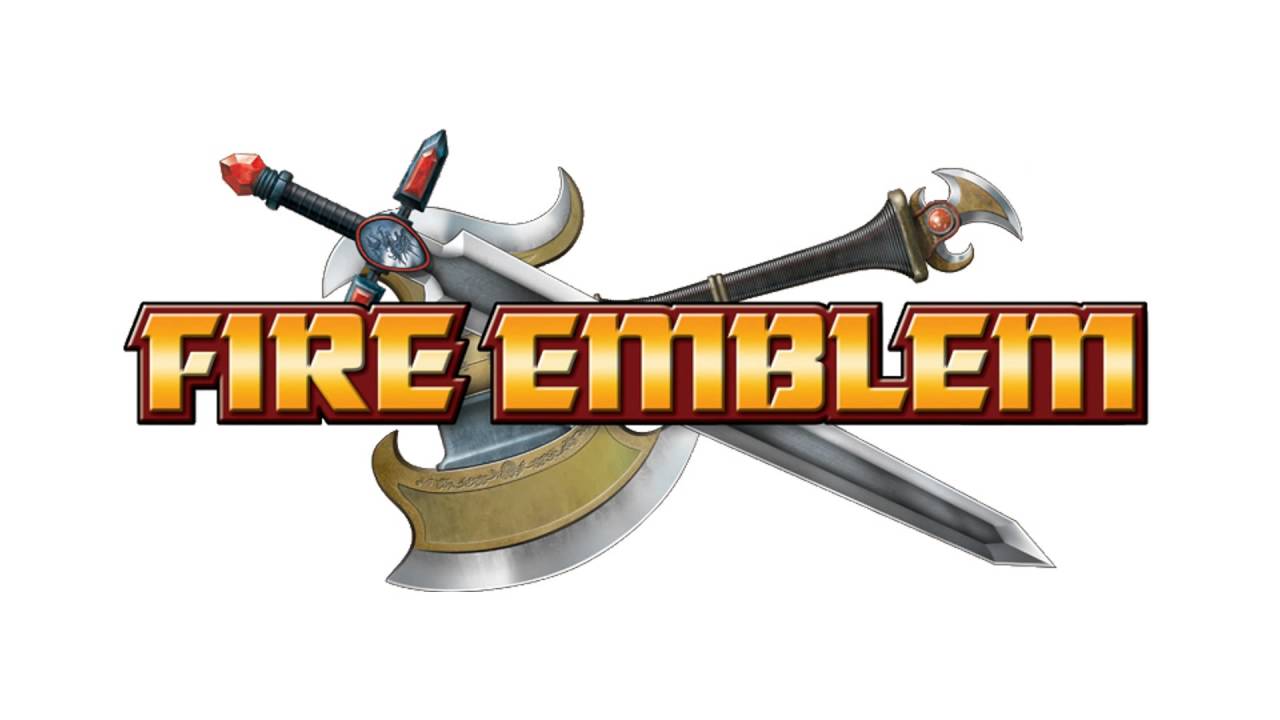 Welcome to the Fire Emblem thread!

Here we discuss all things Fire Emblem related, except for the mobile Fire Emblem game, which has it's own thread here. So basically the main series and the new Fire Emblem: Warriors game on the Switch.

There is a lot of fun to be had in this classic strategy series, along with personal favorites by fans. Don't be afraid to ask for tips or advice!

Below is a list of tips, FAQS, and general good advice compiled by your favorite PA folks for Fire Emblem: Three Houses. There are some minor spoilers, but I think I did a good job of keeping things vague enough. Thanks to everyone who contributed.

Exploring the School:
- gardening and fishing do not use up activity points and you can harvest from the greenhouse every time you explore the monastery, not just every month.
- you should almost never use the Rest option to restore motivation to your students. Instead, use cooking, tea parties, or MVP awards to increase motivation. You should only use the Rest option to repair unique weapons.
- lost items appear in places where people were standing the previous time you explored the monastery, if you can recall where they were, of course! For example, if Mercedes was in the dining hall the previous month, if a lost item turns up there it belongs to her.
- try and reach people’s B-supports before Act 1 ends (Act 1 ends after the 12th chapter) because some of the earlier supports sound very odd in Act 2.
- if you wish to recruit other students, your deadline for recruiting is before the end of the 12th chapter.
- you only need to explore once a month in order to complete all of the dialogue options, quests and lost items. The only reason to repeat the explore option would be to build supports or your own skills.
- If you have online service, starting around chapter 3 you will get a quest that will cause 4 visitors from other games to show up in the north west part of town. Always check what they have for sale and play hide and seek with them. The minigame does not take activity points and rewards you with free renown.
- In the minigame, at the 30 second mark they add a highlighted area on the minimap to help narrow down the location.
- Scan an amiibo as early as possible. It does not need to be a fire emblem amiibo, and you only need to scan one. This will cause extra items to spawn in the gazebo area each month and they can be fairly valuable/useful.
- You don't need to max the motivation of every character every week; you only need to have as many characters at max motivation as you have training points.
- although it can be tempting to use all of your activity points on wining and dining and tea parties, if you wish to change classes or recruit other students you won’t wish to neglect training Byleth!
- building supports with students in other houses can negate the necessary skills they require for you in order to recruit them; however, some skill requirements are still desired.
- resting is not the only way to gain back uses of the special weapons. You can also repair them at the blacksmith, however, the umbral stones required to repair them are rare, so don’t go wasting special moves on random bandit quests.
- when you explore, don’t neglect a) checking for notes and b) checking in with the statues in the cathedral. If you answer a note correctly it builds significant support with the person who asked the question. The statues give some great bonuses and renown cannot be spent elsewhere, so it’s a nice little bonus.
- while you can only receive a unique conversation in explore mode once a month, you can repeat many other actions every week. For example, you can try and recruit a person multiple times a month. Invitations to dine and cook also reset every week.
- battalions are worth recruiting for every character. They’re not too expensive and can work really well in combat against beasts especially. The level of battalion a character can control is tied to their authority skill.
- dialogue ‘...’ boxes in blue on the map indicate support conversations Byleth can trigger by going to that location.
- Some areas seem like they can't be entered because the door won't open (student rooms, the cathedral). Really they just need to load. Wait outside the door for 10 seconds or so and it will open.
- There is an entrance to the second floor of the dorms directly to the west of the greenhouse entrance.
- Once the eastern and western shops are unlocked (chapter 5), buy all the bait every month and use all of it (you can save it for a specific fishing day if there is one, just check the calendar). Fishing is free time-wise and generates professor exp). You can also buy gifts and crafting items at these shops to help recruit students or upgrade/repair weapons.

Controls:
- you can zoom in and out of the map when you explore using the ZR button.
- you can fast travel around the school using the R button. This also shows you quests, activities, students/teachers, and conversations available in the area.
- on combat maps you can zoom in and out using the + and - buttons. Zooming in all the way allows you to play in a more classic Fire Emblem mode.
- you can change your weapon or battalion using the X/Y buttons before you commit to an attack.
- you can also activate special abilities using the ZR/ZL buttons before you commit to an attack.
- you can cycle through hero/enemy units by highlighting one and using the L/R buttons. Useful in the pre-fight map option to see what enemies have drops or dangerous weapons.
- you can view lost items under ‘Storehouse’ from the menu.
- people’s likes, dislikes and interests can be found on their roster card. However, you can only view the roster cards of people you have recruited.

Chapter advice:
-in chapter 5, can you (spoilered for story)
keep the Lance?
Yes! But...
if you refuse to return it to the house and have Sylvain he can keep it, though you can always get it much later.
- in chapter 6, you do NOT have to go to the location you are asked to go to (after talking to Edelgard). Doing so actually ends the month early! Avoid the area you’re asked to search and let it happen naturally at the end of the month.

FAQ:
-Should I save on returning lost items to my house members for when I want to boost their motivation? Yup! It saves you from spending points on food/cathedral/etc.
-I just accidentally skipped Flayn’s B support. Is there any way to rewatch supports? Yes! You can rewatch them from extras menu found on the main menu.
-What's the deal with there being some characters I can't really interact with (like Hilda)? You generally can’t interact with or recruit the second-in-commands; so Hubert in the Black Eagle route, Dedue in the Blue Lions route and Hilda in the Golden Deer route. However... Hilda is actually an exception, because after a time she DOES become available for recruiting/gifting. So you just need to give her time.

Other Pro-Tips:
- As you improve in professor grades you gain access to adjutants, basically people you can be passively paired with. You can have one adjutant at grade C and two at grade B/B+. Sometimes they get automatically assigned. You can change them using the Y button on the units screen. Yes, other characters can have adjutants. Yes, there are support bonuses. Also the adjutant gains levels!
- About supports, while only Byleth can marry, the other characters will ‘pair off’ depending on whom they reach A-rank with first. Some of the paired endings are somewhat romantic, so if that’s your thing you’ll want to be careful in which order you process A-ranks!
- Reclass as soon as possible. Because stat growth for higher tier classes is better than lower tier classes, it is beneficial to reclass asap. Aim to have the needed skills (weapon/riding/armor ranks) for a characters next class as soon as they hit 10/20/30. The exception is master classes. They have an extra skill but growths are not strictly better so as not to force you into them since they are more limited in options there.
- Many characters have a 'hidden talent'. This is a skill they do not normally use that has a three stars icon in it in the instruction menu. If you instruct this skill enough it will unlock an extra skill for that character. That skill is commonly useful even if you do not intend to use that skill on that character. You only fill up the stars for that skill when you instruct it specifically; regular skill ups won't work.
- Blythe has a hidden talent; you have to train in town with the other instructors to unlock it (check with Rhea and Manuela).
- You can do a soft reset by pressing + - L and R at the same time.

Battle Info:
- you can jump to the attack screen by moving your unit and ending on an enemy. Doing this will bring up pre-fight stats, so you can always back out if you like. This works on ranged attacks and healing, but be careful that you get your pathing correct.
- be mindful of units with multiple weapons. Counterattacks and such will use the weapon you last attacked with. For example: say your Petra is a Thief, so she has a sword and bow. If she used her bow last, she won't counter attack with her sword.
- be careful of what the enemy has available as attacking options. If they have a different weapon in their inventory, the damage the do on the following turn might be different than what you expect.

Specific battle tips:
- There is a very tough optional enemy that will start showing up in the game around chapter 4. Even though his stat card and threat radius seems to be 1 panel, he will counter attack at any distance and will one-shot all but the most defensive of characters. Tips under the spoiler:
Enemies can't counter gambit attacks, and allies with good support ranks that are nearby will boost each others gambits. Because of the enemies defenses the gambits won't hit very hard, but you'd be surprised at how fast the damage can build up. Cavalry type characters can move in, use a gambit, and then move away giving another unit space to move in and use theirs. Once you have whittled him down far enough for a killing blow, there are a few good strategies:
- Lance wielders get a skill called Knightkneeler that does extra damage to mounted units.
- Some reason-focused spellcasters can learn a spell called Luna (Lysithea learns it fairly early). Luna deals damage that bypasses resistance, and can truck the enemy because his overall health isn't really that high.
All this needs to be done in a single turn, however, because the enemy will almost certainly one-shot whoever he attacks on the enemy phase following his activation.
Need a voice actor? Hire me at bengrayVO.com
Legends of Runeterra: MNCdover #moc
Switch ID: MNC Dover SW-1154-3107-1051
Steam ID
Twitch Page
MNC Dover on August 2019