Your favourite things of 2017

Registered User regular
December 2017 in 2017 Holiday Hangout
Hey guys, it's the end of the year, and we've spent a year participating in rampant consumerism and we've all bought, made, or have been given a variety of stuff over the year, so what are your favourite things that you have acquired this year. 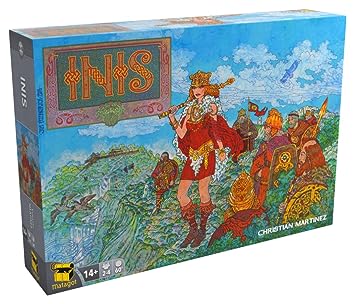 This might be my favourite boardgame period. The only criticism on it is that it is only for four people and so I do not get to play it very much as we usually end up with a minimum of 5 people. It is a game where you constantly are coming up with the perfect plan, only to have it ruined by cards that your can't draw or by the actions of everyone else on the board, but that is OK, and I love, that a completely valid tactic is to take no action.

I picked up two sets of semiprecious die, I have an opalite set and a Jasper and they are expensive

Yeah it's expensive, but I don't really care, I had an iPhone 6, about about 9 months ago, it just stopped fucking working and so I used a 5S, so for me it's fast as heck, it's screen goes forever and it's photos look great.

Vivienne and I got this as a combined Christmas and anniversary present.

There are seven and a half thousand pieces, the box weighs like 16 kilograms, the instruction book weighs a kilo by itself. I have no idea when will actually finish it. It just goes on forever. It is ridiculous and amazing.

I got a dog last week, he is excellent and getting pats, sleeping and being an all round doofus. I love him and he has made a great fur baby.

This discussion has been closed.
Penny Arcade Forums› 2017 Holiday Hangout
Powered by Vanilla