[Fallout] Remember when we said no NPC's or Companions in West Virginia ? Never mind.

Rabbit used short words that were easy to understand, like "Hello Pooh, how about Lunch ?"Registered User regular
November 2018 edited June 2019 in Games and Technology
Year 2 announcement trailer, from E3: 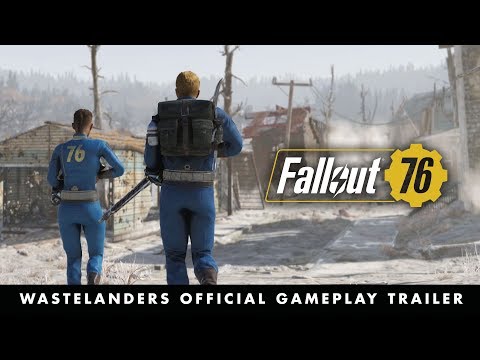 The official Bethesda page: https://fallout.bethesda.net. No NPC's, dialogue trees, or Companions ? Um, yeah about that...

I wish I could say that it's full of crafting and questing information, but that wouldn't be true. Is the game playable Solo ? So far, yes, with few problems for me outside of defending the captured resource stations. Apparently the end game is where grouping becomes important, but I'm far away from there.


Norgoth is kindly maintaining a spreadsheet of PA people with their in-game handles: https://docs.google.com/spreadsheets/d/1-cZ5jfm9K4eBWa8z5Kyw_0G5OkcSnt88X8wySvq5F1E


Mod Index, from the old thread. Note that none of these are tested for FALLOUT 76: