They'll be may-koing the [Final Fantasy] Seven Remake a little while longer. 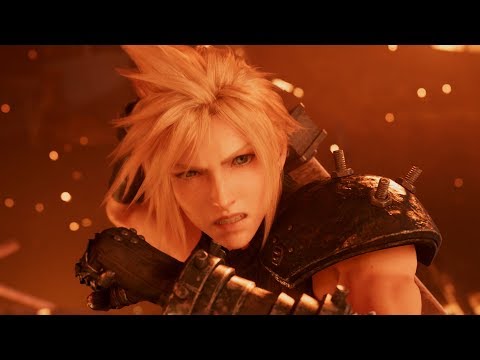 Ta da! Behold, a glimpse of the FF7 remake! Someday it might come out. PS5 era, maybe PS6. More details in June, maybe? Or whispers of FF16 ever existing?

This is the thread for talking about Square Enix's flagship series, Final Fantasy, originally released in 1987. For a while they decided they didn't like releasing new games, and kept porting old games to new platforms, Something wonderful has happened, and Square Enix released a new mainline Final Fantasy (well kind of).

The original game was conceived as a darker Kingdom Hearts style action-RPG, and was going to be headed by Tetsuya Nomura. It was announced at E3 2006. 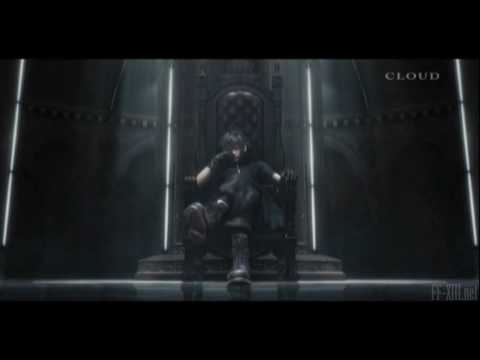 Given that at the time the PS3 hadn't been released, and it is now 2016, the era of the PS4 Pro, it's fair to say that the game fell into development hell for a while.

What I will lovingly call "shenanigans" ensued, and because of the turmoil in the FF series over the past few years, the game that was FF13-Versus was scrapped, and it was rebuilt into Final Fantasy XV. 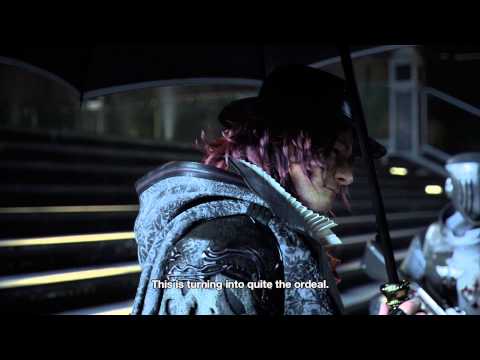 They also announced the game's release date as September 30th, 2016.

Well unfortunately, the game needed a bit more polish and optimization, so the game was pushed back instead of releasing a version of the game that potentially would have disappointed fans after their long wait. That wait is now over, and the game is available for purchase.

The most recent trailers (beware spoilers): 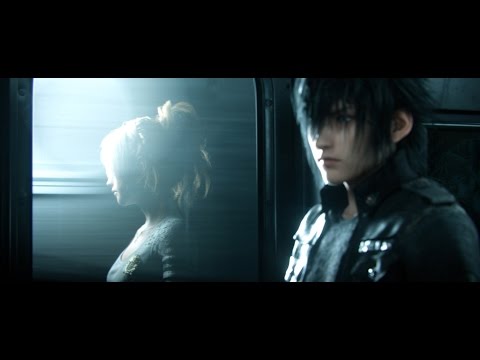 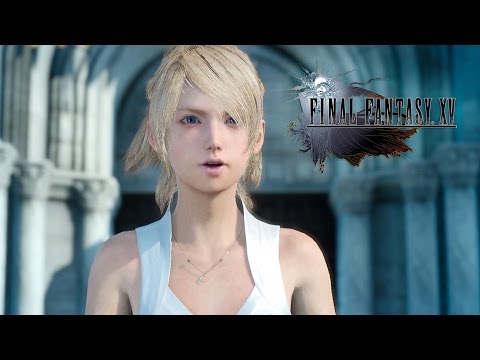 Update: FFXV is still being actively developed by SQEX. They've continued to release patches, with episodes focusing on Gladio, Prompto, and Ignis, as well as multiplayer functionality. They've also updated the main game with improvements from the extra chapters, and are planning to overhaul the main game again and add additional improvements. It also looks like it's coming to PC. Watch this space for updates.

They've made FIFTEEN (I am so happy to be able to write that) main series games and over fifty spin off titles. Here's what the fans says about them.

I love Final Fantasy IX because "Steiner, please, look behind you!"

I love Final Fantasy X because blitzball is rad.

I love Final Fantasy XI because it kept Square Enix in business.

I love Final Fantasy XII because I can finally play the IZJS!.

I love Final Fantasy XIV because Stormblood is great!

I love Final Fantasy XV because it continues to exist. SQEX thanks you for beta testing the game for them.

I hate Final Fantasy Mystic Quest because it's too easy and I don't like having fun.

I love Crisis Core because Zack is an unbeatable hero.

I hate Final Fantasy Record Keeper because it became a monster unto itself.

I love Final Fantasy Explorers because Monster Hunter is a good game, right?

I love Dissidia NT because I can finally fight my friends online with my favorite FF character!

I love DFF Opera Omnia because it's a bite sized Final Fantasy with bite sized characters!


WHICH VERSION IS BEST?

Square Enix has managed to get their shit together long enough that they've started releasing new content.

FF Type-0: Was Final Fantasy 13 Agito, changed to Final Fantasy Type-0, and came out on the PSP in Japan only. Fans clamored for this one for a long time, and finally the West got a localization... as an HD version for consoles. 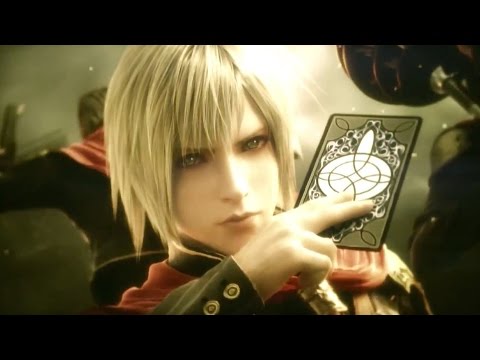 Update: They also fixed the nausea inducing camera blur, so if that was holding you back, give it another shot!

It came out, and it's pretty sweet. I highly recommend picking it up. It's an Action-RPG with a new and interesting story (and direction) for the Final Fantasy series. 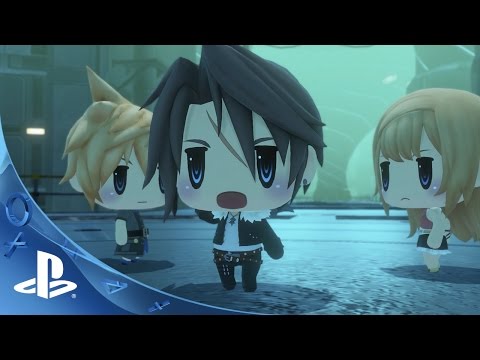 Finally you can play the International Zodiac Job System! 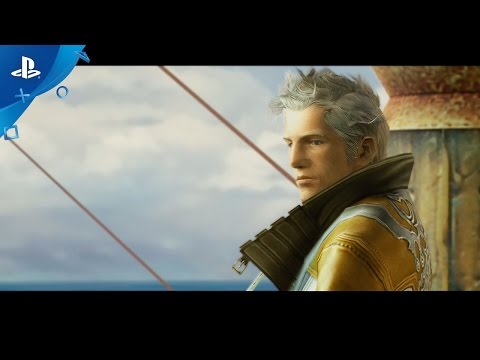 Final Fantasy International Zodiac Job System released on July 11th, 2017. This is a new version of FF12 never before distributed in the West by Square Enix. It features a number of changes and improvements to the base game. Definitely check it out if you've never played FF12, and maybe still check it out if you played the original, since there's plenty of freshness for veterans. Plus that amazing soundtrack.

There is a new Dissidia that came out. It was available in Japan in arcades for about a year, and then they ported it to console to tap other markets (such as the West). Expect it maybe in 2017.

(I know it's confusing after all those FF7 videos, but don't let the thumbnail fool you. This is a Dissidia video). 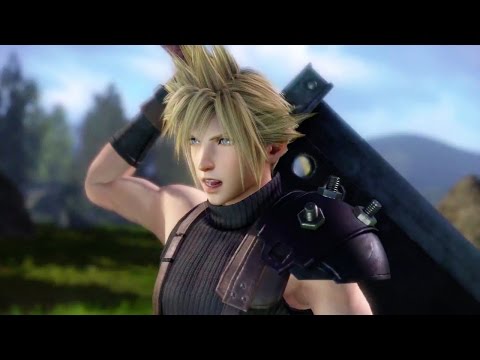 Update: Dissidia Arcade has officially been ported to console as Dissidia NT. Expect it January 30th, 2018. Trailer up: 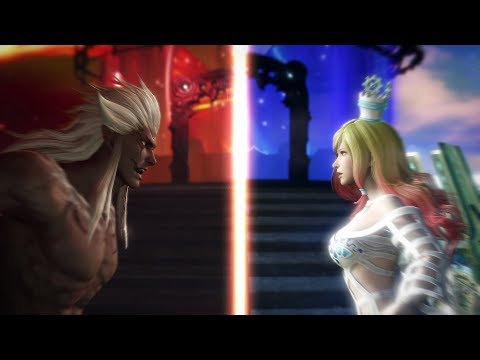 Square Enix has yet another mobile game in the pipes, DISSIDIA Final Fantasy Opera Omnia. This one appears to based on the Dissidia universe, and shares some similarities in gameplay. 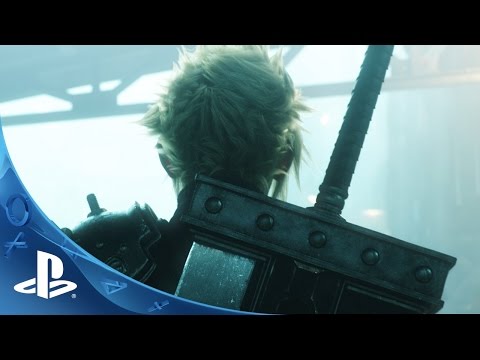 I've had a little time to process this, so no more yelling is required, but yes, the long awaited, long asked for remake of Final Fantasy VII has been confirmed. Of all the times Square Enix has asked us to be excited, now would be the opportune moment. 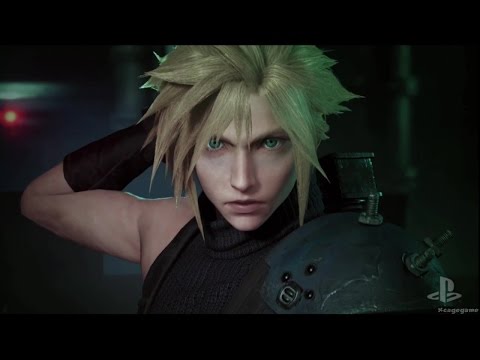 Some FF7 remake (FF7r) rumors courtesy of Professor Snugglesworth
Confirmed
-Will not be a 1:1 remake, will have story deviations

-Will retain some of the classic "humorous" elements; Cloud's dress is in

-Battle system will not be the same

-Will run on Unreal Engine

-Console exclusivity currently in talks, may never come out on XBox One

-Next major update this Winter

-Original game will get new translation

Also if you want a quick laugh search Youtube for "FF7 remake reactions." There are some choice ones out there

While it's totally kosher to talk about FF11 and FF14 here, keep in mind there is a dedicated FF14 MMO-specific thread.

Final Fantasy Record Keeper's popularity grew so much that it dominated most of the discussion in the thread. As such it (and all mobile F2P Final Fantasy games) have been given their own threads.

Xenogears of Bore wrote:
Do you have what it takes to play what is quite simply the most fun and addicting alternate game mode of any RPG ever? Do you want to help out sick children by raising money for the greatest charity in the world? Do you want to watch RK sleepily make his way through Neo-Exdeath with quite a sub standard party? If this sounds even remotely interesting well then, do I have a website for you.


Credit to @xenogears of bore for cannibalizing most of his OPs.

V wrote:
Words will always retain their power. Words offer the means to meaning, and for those who will listen, the enunciation of truth.