What is a PAX Challenge Coin? Click here for details.
Last year's thread (this OP will be frequently updated with the latest info on design/ordering/etc).

Good news everyone, they're sending over a limited number of extra challenge coins so if you still want to grab some without paying for shipping send me a DM and I'll reopen the form (purchases must still be made via the order form, I don't personally collect any money for these).

This offer will be open until the end of PAX or until they're all sold out, so let anyone that you think might be interested know that the earlier the better.

Also I remembered to turn on confirmation emails this year so once you order you should get an email with your order details for reference.

The free version of the Google add-on can email up to 20 responses per day and you seem to have exhausted the limit for the day.


Oops. Sorry to anyone that doesn't get an order notification!

Let me know if you want me to double check your order deets! 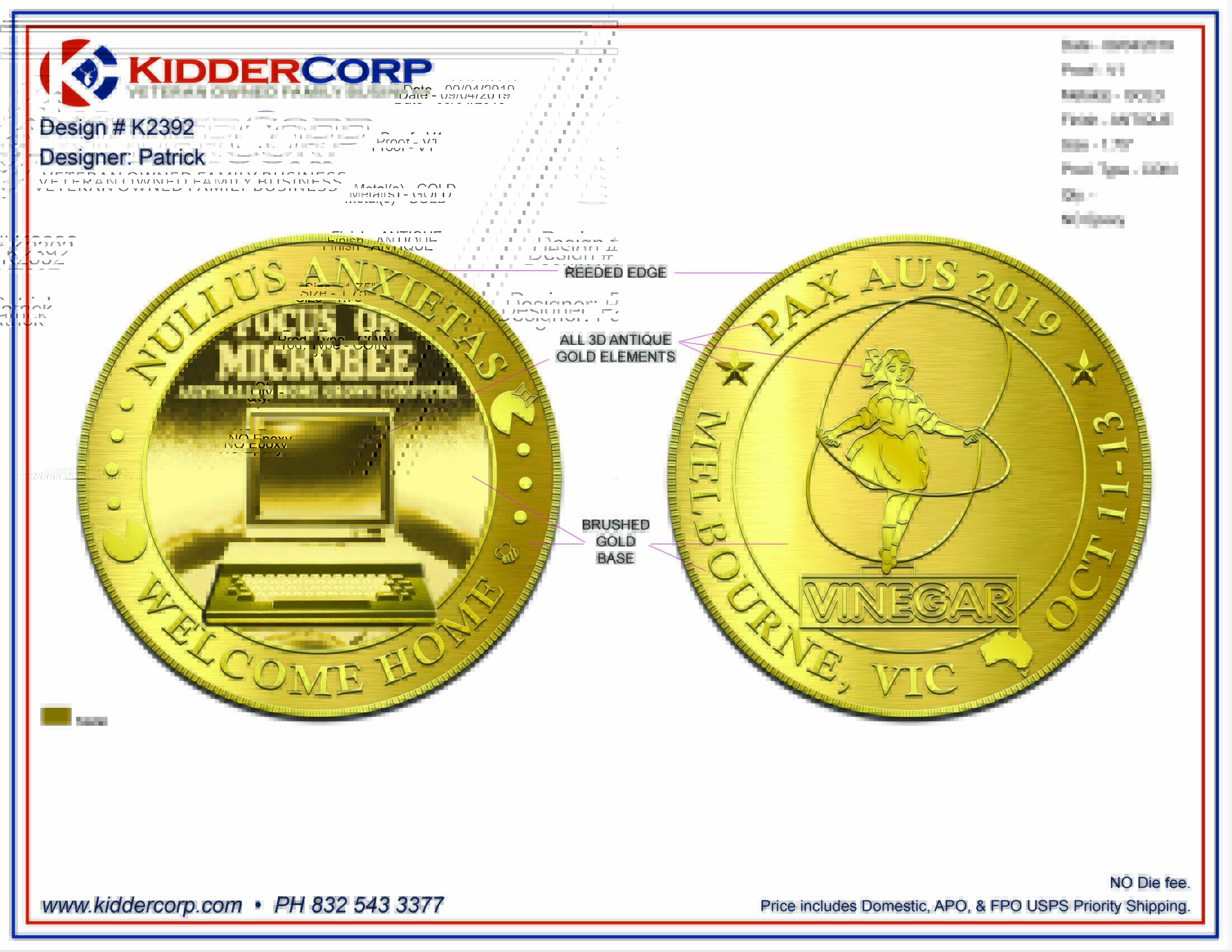 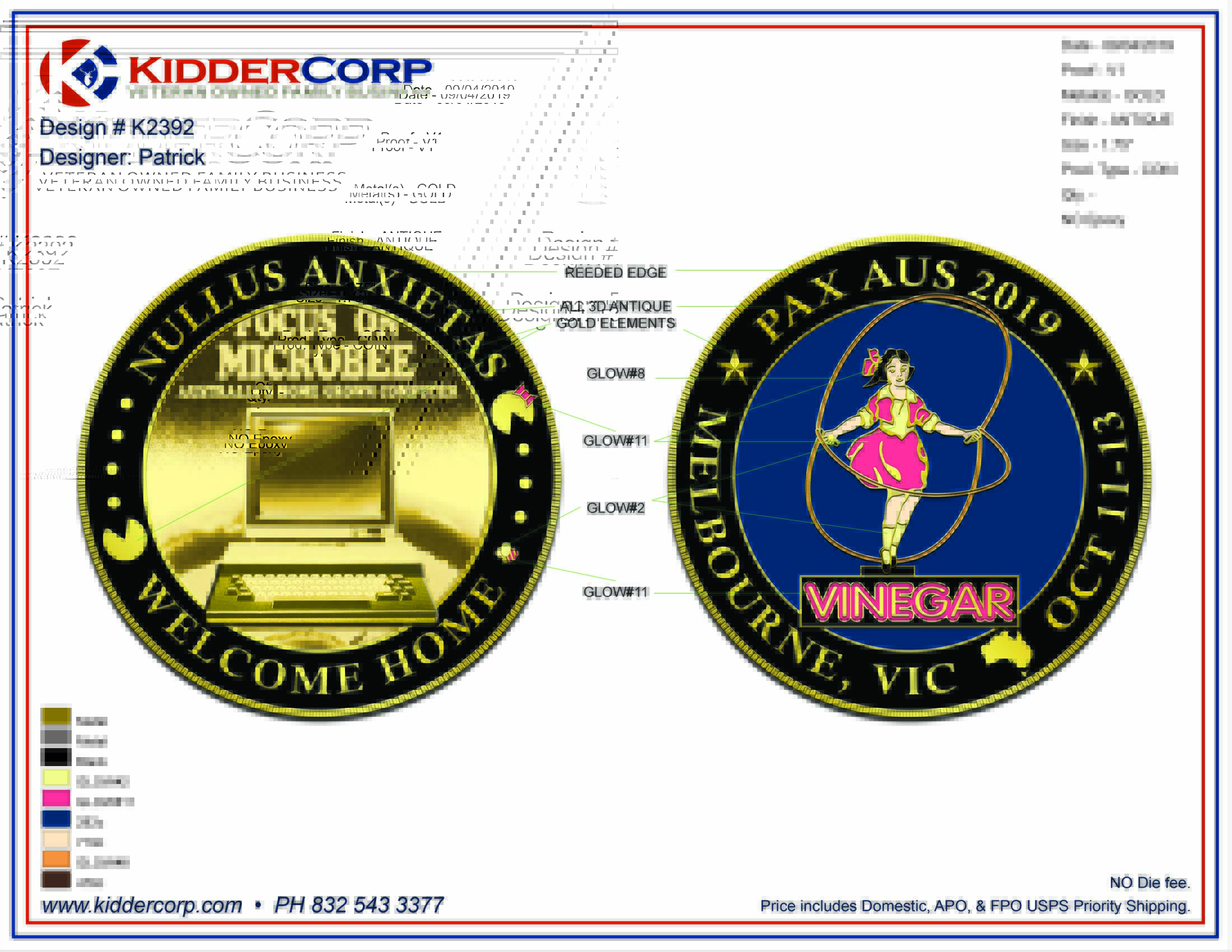 OP content here:
I don't have any ideas for either side this year, so if you have a photo you'd like to submit or a suggestion let's hear them!

We need something gaming related for the face side, and an image representing Melbourne for the back.