FATE/GRAND ORDER is a gacha-style mobile game from Aniplex based on the popular multimedia Fate series.

Collect Waifus and Husbandos. Or drown in Gacha Salt.

Why can't it stay saved?

Do fun events to forget about that previous question.

Enjoy the occasional fantastically written story chapter that later gets adapted to plays, movies, and or tv shows.

Complain about the terribly written ones.

Cry about Olga Marie and Muramasa never being summonable (Edit: Outside of Japan).

Remember that this is hell that you are walking into 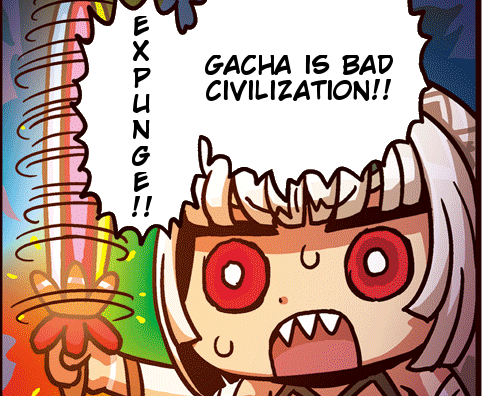 Rate-Up is a lie.