Shaking hands, or: A question of tolerance

The mediocre doctorNorwayRegistered User regular
September 2019 in Debate and/or Discourse
10 August a right-wing extremist attacked a mosque in Oslo, Norway. Thankfully, he botched the attack, no one was seriously injured, and he is now awaiting trial.

This is not about that.

22 August Crown Prince Haakon visited the mosque to show his support. There was a minor amount of embarrassment when one of the muslim women the Crown Prince was there to meet didn't want to shake his hand, but instead wanted to greet him by placing her hand over her heart. 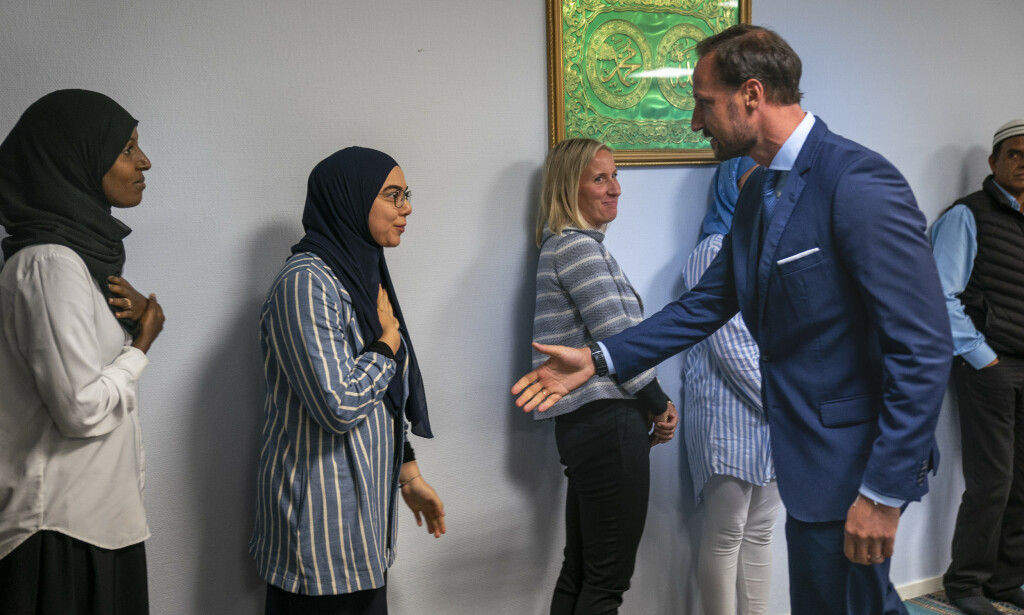 Pictured: A faux pas – but by whom?

Given the circumstances, everyone handled it fine after a moment's of confusion. The woman later explained to the press that, in her interpretation of Islam, women and men should not shake hands or touch each other (unless very close family or they're married).

This isn't the first time the issue has been in Norwegian media. In 2018 a muslim substitute teacher's contract was not renewed because he refused to shake hands with women. Another muslim man applied for a job at the Postal Service and was called in for a job interview, but when he made clear that he for religious reasons could not shake hands with a woman, the interview was cancelled and he did not get the job.

I won't bore you with the regressives' take on the issue. But the progressives av been split about the issue:
Personally, I lean towards the second viewpoint. But, despite my disdain for religions in general, I understand the first argument.

So, what do you guys think? And how should the issue be dealt with as a society?
Sic transit gloria mundi.
0
«123456»