He's right, life sucks.Registered User regular
November 2019 edited January 4 in Singularity Engine++
The world of professional wrestling can be exceptionally slimy at the best of times. To give you an idea of how gross it can get remember that XPW owner and jailed pornographer Rob Black isn't even the scummiest wrestling promoter named Rob. I'm pretty sure before this thread is over at least one more wrestler will be Twitter canceled for saying some ignorant shit about people they don't know. Occasionally though some giant muscled badass who falls onto wooden planks and concrete for a living comes around and pleasantly surprises you with human decency. So before we spend the next 100 pages remembering things like that time Mr. Fuji killed a dog and fed it to the owner let's keep in mind that a few of these people can be real life faces even if only momentarily.

Mustafa Ali is probably the smallest and least violent man on this list but it's worth remembering that he describes his process for doing imploding 450s as “I close my eyes and just jump.” So it should come as no surprise that he would dive headfirst into his toughest opponent: our systematically corrupt police-state. Seeing first hand how those charged with serving and protecting communities were largely protecting capital and serving ass-beatings to people of color Ali took the risk of trying to change the system from the inside. Usually this would result in somebody succumbing to greed or taking the stress of the job out on their families or suddenly finding themselves committing suicide with their hands cuffed in the back seat of a squad car. Mustafa Ali doesn't compromise his morals and corrupt cops probably would have had a tough time explaining how planting evidence on him somehow got countered into a Tornado DDT. 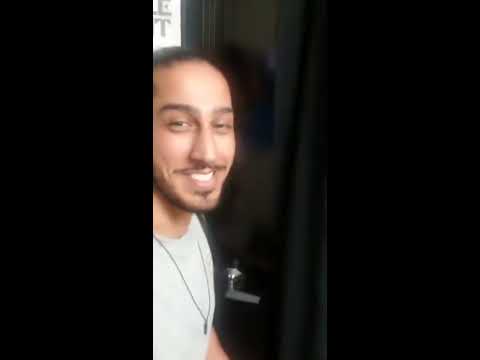 Ali's first instinct when pulling a citizen over was to ask if everything was alright and his first action after a brawl with somebody was always to ask the person who was just punching him if they need medical attention for their bruised knuckles. He even went as far as to take a homeless man arrested for retail theft to a salon and a tailor before working on a resume with him at a local library. Have you ever tried to help somebody write a resume? Usually the fistfight comes after. This willingness to de-escalate every situation lead Ali to create a new method of using the police database to personally call the parents of young people with warrants out for their arrest. He was tired of seeing kids who didn't even know they had a warrant out killed by belligerent police over unpaid traffic tickets and offered to process and set them up with court dates personally. The sudden increase in non-violent offenders turning themselves in didn't impress the brass though. In fact it seemed that Ali's civil servant attitude only angered exactly the kind of cops you think it would anger. Luckily another thing they disapproved of, his wrestling career, took off around the same time. Ali's last act as an officer was to go in for one last tour of duty and then quit as soon as it ended, allowing his fellow officers to actually make overtime they wouldn't be fucked out of for once. Now Ali sits comfortably living his dream far away from power hungry bullies ruled over by corrupt and needlessly cruel management...

Canadia Wrestler and El Generico ripoff Sami Zayn built a career around being the underdog from the underground, skanking to ska horns and fighting the good fight. Then he turned heel so he could lose in tag matches and act as a manager to a guy who is already charismatic enough to be crowned king of dropping people on their neck. In real life though Sami Zayn stayed face and stays winning through his humanitarian efforts. Seeing the effects of a multi-sided civil war in his family's native Syria Sami partnered with the Syrian American Medical Society, a non-profit, non-political, charity that provides assistance to Syrians in need of medical attention. With a goal of raising $48,000 in six months donations started pouring in from fans and wrestlers alike including one $5000 donation from Kevin and Karina Steen. Sami For Syria exceeded $106,000 meaning the initial run was able to fund a mobile clinic for a year that provided over 11,000 medical services. Some of them were literally life saving. No word yet on what Sami plans to do to help displaced victims of ladder wars. 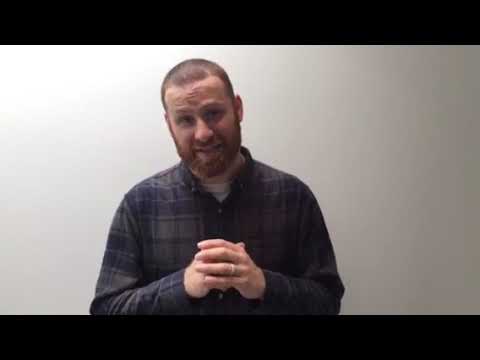 This generosity coupled with his heritage has earned him a ban from attending Moneymark bin Salman's glorified house shows such as Crown Jewel and Greatest Balls of Fire. So really it's a win-win for everybody but Trash bin Salman who doesn't get to have one of the best wrestlers on the planet on his overhyped propaganda show. Unfortunately even though almost nobody was chanting “fight forever” at the four factions waging the Syrian Civil war it's been running over on time for eight and half years. So this June Sami re-launched his campaign because if he's not going to give up on ska he's not going to give up on getting people hospital treatment. Already this second round has raised an additional $28k of it's proposed $50k goal. Not bad for a guy who was trained by The Wall and Savio Vega.

Minoru Suzuki looks like a troll and he acts like he bullies other trolls into giving up their bridge toll money. His favorite hobbies include beating up Young Lions and watching One Piece. If stories about him beating the shit out of people for hours on end without breaking a sweat are to be believed he's probably able to do both at the same time. He does a lot to earn his nickname of “The Man with the Worst Personality in the World.” However when his friend and former tag partner Yoshihiro Takayama was paralyzed attempting a sunset flip Minoru Suzuki set up a charity fund in his name and promptly got to work intimidating people into contributing. Aside from putting this terrifying man in charge of the donation box the Takayamania Fund has sold merchandise, released DLC for Fire Pro Wrestling World and hosts an annual charity show called Takayamania Empire. This annual dream card features puro stars from Zero-11, DDT, BJW, Drfagon Gate, Sendai Girls, NOAH and New Japan in hard hitting tag bouts all to raise money for the man who inspired the world by trading strikes...in a shoot fight. 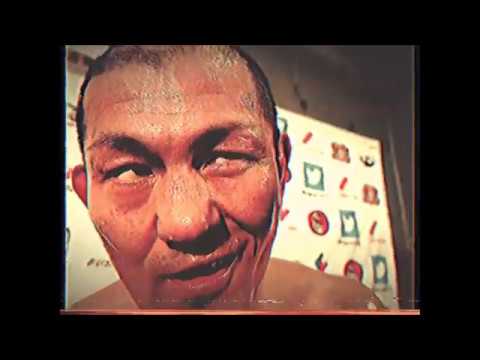 Suzuki almost certainly learned these acts of badass friendship from Masakatsu Funaki. When the two were students of the New Japan Dojo they got into a bar fight against what some could call fans and most would call too stupid to live. When the office got word of the brawl they threatened to fire Suzuki since he was the older and more responsible of the two. Funakki told them that if they wanted to fire Minoru they would have to fire him as well. See Funaki himself learned in 2015 that his estranged friend Masahito Kakihara had been diagnosed with a malignant form of linfoma he dropped everything and agreed to take part in Kaki Aid where he teamed with Minoru Suzuki. Seemingly if anybody in the world of puro has a charity event you can expect Minoru Suzuki to show up and help.

Vince McMahon is crazy. That's not a controversial statement to anybody who knows about his stances on snow cones or sneezing. He's a horrible racist who promotes stereotypes and had to be convinced that people find asians attractive by Jim Ross pointing out that there's a lot of porn proving otherwise. He's also the person who encouraged Mustafa Ali to drop the poorly received angry brown guy gimmick he was initially saddled with by creative. He's reportedly the strongest supporter of Ali backstage because he believes the man has an uncanny ability to garner empathy. He built an empire on other people's physical sacrifices and literal bloodshed but at the same time he's paid for rehabilitation services of people who spent years making a living off badmouthing him in shoot interviews and personally held interventions for the likes of Joey Mercury. He recently paid in full for Harley Race to be transported via helicopter to receive medical treatment. McMahon's brain is a land of contrasts and you will be driven to madness if you attempt to understand its non-euclidean geometry.

One thing that seems constant though is his ruthless business-minded approach to the world of wrestling. Vince's first act in taking over for his father was to stab every promoter his father had made friends with in the back and raid their talent. He strong arms competition whenever he can. The entire reason Survivor Series exists is to counter-program WCW's Starrcade. McMahon even went as far as to threaten to pull Survivor Series from any PPV provider that would carry his competition's biggest show. It worked. So yeah, best case scenario for most promoters is to hope Vince McMahon doesn't notice you trying to exist.

Except for that time Choatic Wrestling held a charity show in a Massachusetts highschool gym one night in 2007. John Cena's brother, a local Massachusetts cop was working with the promotion and Mothers Against Drunk Driving to raise awareness for their cause. McMahon not only allowed Cena to show up and sign autographs for two hours before the show he also allowed Cena to referee the main event championship match. During the match Cena took a title shot of his own, which is to say a ref bump. This lead to Vincent Kennedy McMahon himself hitting the ring to berate Cena and declare the Brian Miloonas his new top star. Most referees aren't John Cena though and don't get booked to then spring up and hit an Atittitude Adjustment on the promotion's heel champion and a then 62 year old owner of a billion dollar company. Of course this was followed by Cena then awarding the DQ to challenger Rick Fuller. 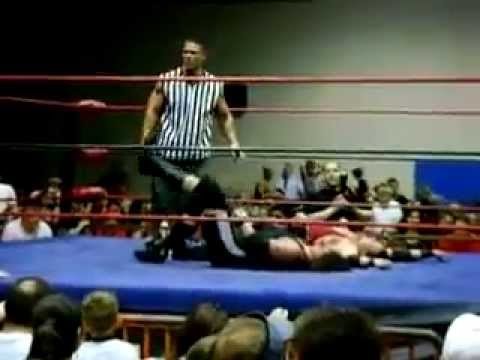 Does any of this make up for Vince's years of misdeeds? No. Obviously not. In fact McMahon could have easily contributed double what the event raised and simply not taken a six foot back bump onto what is no doubt a shitty indie ring.

...but did I mention that Vince McMahon is crazy?