Vermont, in the middle of nowhereRegistered User regular
December 2019 in Help / Advice Forum
Christmas is coming and pets need gifts too! Most of the animals we can get gifts for just fine (the hamster gets some special yogurt drops, cats have new toys, etc), but we have a dog who destroys toys in seconds. She's a pit bull so those powerful jaws are a real issue. Anyone out there know of great toys for pitties? Some chews that won't be dangerous for her teeth? The vet warned us away from things like antlers and buffalo horns.

Her reaction to assholes who say "yuck, a pitbull." 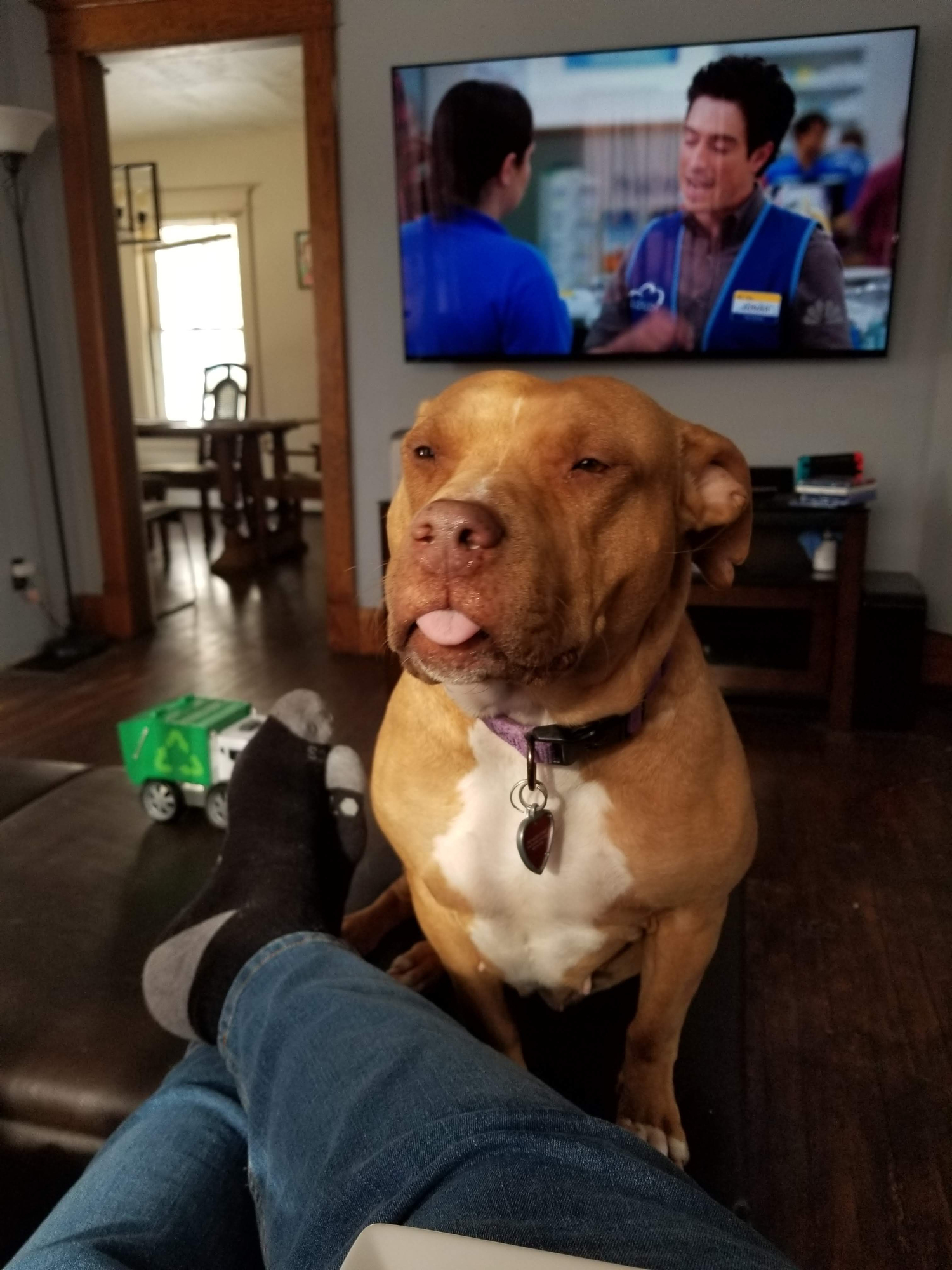