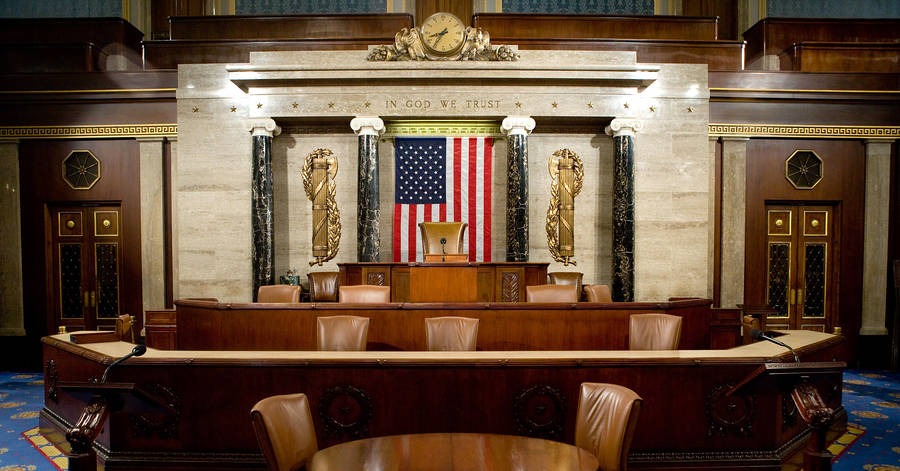 The Constitution wrote:
The House of Representatives shall chuse their Speaker and other Officers; and shall have the sole Power of Impeachment.

The Constitution wrote:
The Senate shall have the sole Power to try all Impeachments. When sitting for that Purpose, they shall be on Oath or Affirmation. When the President of the United States is tried, the Chief Justice shall preside: And no Person shall be convicted without the Concurrence of two thirds of the Members present.

Judgment in Cases of Impeachment shall not extend further than to removal from Office, and disqualification to hold and enjoy any Office of honor, Trust or Profit under the United States; but the Party convicted shall nevertheless be liable and subject to Indictment, Trial, Judgment and Punishment, according to Law.

And so it begins 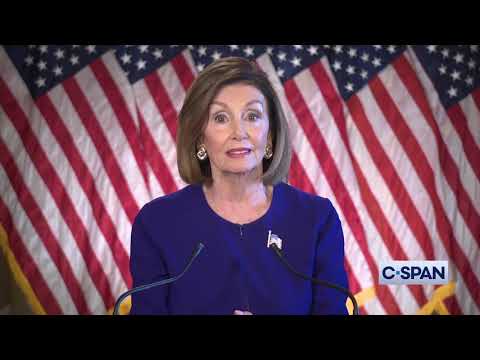 Speaker of the House of Representatives, the Honorable Nancy Pelosi wrote:
Good afternoon. Last Tuesday, we observed the anniversary of the adoption of the Constitution on September 17.

Sadly, on that day, the Intelligence Community Inspector General formally notified the Congress that the Administration was forbidding him from turning over a whistleblower complaint. On Constitution Day. This is a violation of law.

Shortly thereafter, press reports began to break of a phone call by the President of the United States calling upon a foreign power to intervene in his election. This is a breach of his constitutional responsibilities.

The facts are these: the Intelligence Community Inspector General, who was appointed by President Trump, determined that the complaint is both of ‘urgent concern and credible,’ and its disclosure, he went on to say, that it ‘relates to one of the most significant and important of the Director of National Intelligence’s responsibilities to the American people.’

On Thursday, the Inspector General testified before the House Intelligence Committee, stating that the Acting Director of National Intelligence blocked him from disclosing the whistleblower complaint. This is a violation of the law.

The law is unequivocal. The DNI, it says, the Director of National Intelligence ‘shall’ provide Congress the full whistleblower complaint.

For more than 25 years, I have served on the Intelligence Committee – as a Member, as the Ranking Member, as part of the Gang of 4 even before I was in the Leadership.

I was there when we created the Office of the Director of National Intelligence. That did not exist before 2004.

I was there ever earlier in 90’s when we wrote the whistleblower laws and continue to write them, to improve them to ensure the security of our intelligence and the safety of our whistleblowers.

I know what their purpose was, and we proceeded with balance and caution as we wrote the laws. I can say with authority, that the Trump Administration’s actions undermine both: our national security and our intelligence and our protections of whistleblowers – more than both.

This Thursday, the Acting DNI will appear before the House Intelligence Committee.

At that time, he must turn over the whistleblower’s full complaint to the Committee. He will have to choose whether to break the law or honor his responsibility to the Constitution.

On the final day of the Constitutional Convention in 1787, when our Constitution was adopted, Americans gathered on the steps of Independence Hall to await the news of the government our Founders had crafted.

They asked Benjamin Franklin, ‘What do we have: a republic or a monarchy?’ Franklin replied: ‘A republic, if you can keep it.’

Our responsibility is to keep it.

Our republic endures because of the wisdom of our Constitution, enshrined in three co-equal branches of government, serving as checks and balances on each other.

The actions taken to date by the President have seriously violated the Constitution – especially when the President says, ‘Article II says, I can do whatever I want.’

For the past several months, we have been investigating in our Committees and litigating in the courts, so the House can gather ‘all the relevant facts and consider whether to exercise its full Article I powers, including a constitutional power of the utmost gravity — approval of articles of impeachment.’

And this week, the President has admitted to asking the President of Ukraine to take actions which would benefit him politically. The action of – the actions of the Trump Presidency revealed the dishonorable fact of the President’s betrayal of his oath of office, betrayal of our national security, and betrayal of the integrity of our elections.

The President must be held accountable. No one is above the law.

Getting back to our Founders – in the darkest days of the American Revolution, Thomas Paine wrote: ‘The times have found us.’ The times found them to fight for and establish our democracy. The times have found us today, not to place ourselves in the same category of greatness as our Founders, but to place us in the urgency of protecting and defending our Constitution from all enemies, foreign and domestic. In the words of Ben Franklin, to keep our Republic.

And I commend all of our Members, our colleagues for their thoughtful, thoughtful approach to all of this – for their careful statements.

God bless them and God Bless America. Thank you all

Full Timeline of the President's interactions with Ukraine

Surfpossum wrote: »
I just spent far too much time writing up a facebook post to try and provide a sort of high-level, citation-filled rundown of The Ukraine Call since I haven't seen anything laying it out in a simple manner so I figured I'd post it here, too.
The Misuse of Presidential Power to Solicit Foreign Interference in Our Election

“In the course of my official duties, I have received information from multiple U.S. Government officials that the President of the United States is using the power of his office to solicit interference from a foreign country in the 2020 U.S. election. This interference includes, among other things, pressuring a foreign country to investigate one of the President's main domestic political rivals.” 1


The money: the US was planning to send several hundred million dollars to Ukraine to help them purchase military hardware.

This aid package (announced in June of 2019) was contingent on Ukraine’s efforts to combat corruption, and the Pentagon sent a letter to Congress in which they "certified that the Government of Ukraine has taken substantial actions to make defense institutional reforms for the purposes of decreasing corruption [and] increasing accountability." 2


The setup: in June, the White House suddenly blocked the aid package without explanation.

In July, “Administration officials were instructed to tell lawmakers that the delays were part of an “interagency process” but to give them no additional information — a pattern that continued for nearly two months, until the White House released the funds on the night of Sept. 11.” 3

From the official “reconstructed transcript” created from notes on the phone call, we can see that Trump’s response to the Ukrainian President’s comment about the financial aid they are expecting to receive is to request some investigations:

“President Zelenskyy: We are ready to continue to cooperate for the next steps specifically we are almost ready to buy more Javelins from the United States for defense purposes.
The President: I would like you to do us a favor though because our country has been through a lot and Ukraine knows a lot about it. I would like you to find out what happened with this whole situation with Ukraine, they say Crowdstrike… I guess you have one of your wealthy people... The server, they say Ukraine has it.
[here the Ukrainian President, Zelenskyy, assures Trump that they are “great friends” and that “all the investigations will be done openly and candidly”]
The President: The other thing, There's a lot of talk about Biden's son, that Biden stopped the prosecution and a lot of people want to find out about that so whatever you can do with the Attorney General would be great.” 4


The crime: the use of the US government’s money to pressure a foreign government into manufacturing an investigation to hurt a political rival in the upcoming election is an abuse of power.

Even setting aside the use of the US government’s resources to extort assistance, “It is illegal for any person to solicit, accept, or receive anything of value from a foreign national in connection with a U.S. election.” 5


The cover-up: realizing the seriousness of what just happened, the White House attempted to hide the transcript of the phone call on a server used for classified national security info.

“White House lawyers directed White House officials to remove the electronic transcript of the Zelensky call from the computer system where such transcripts normally are stored. That transcript then was loaded into a “separate electronic system” that is otherwise used to store and handle classified information of an especially sensitive nature. “One White House official described this act as an abuse of this electronic system because the call did not contain anything remotely sensitive from a national security perspective.”” 6

The whistleblower elaborates on what that server is usually for: “According to multiple White House officials I spoke with, the transcript of the President's call with President Zelenskyy was placed into a computer system managed directly by the National Security Council (NSC) Directorate for Intelligence Programs. This is a standalone computer system reserved for codeword-level intelligence information, such as covert action.” 1

“I am deeply concerned that the actions described below constitute “a serious or flagrant problem, abuse, or violation of law or Executive Order” [...] I am also concerned that these actions pose risks to U.S. national security and undermine the U.S. Government's efforts to deter and counter foreign interference in U.S. elections.” 1

Suggestions and/or corrections are welcome


*************
The OP will be continually updated as information becomes available, and I have time to add to it.
moniker on January 21