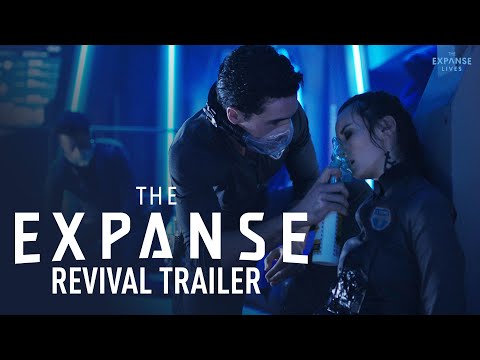 The Expanse is a series of novels by one person named James S.A Corey, set a couple hundred years in the future.

After a Martian scientist invents a fusion drive that gives humanity access to the outer planets of our solar system, SyFy bankrolled a TV series from Alcon Entertainment about those events!

And then cancelled it after three seasons. There was a huge campaign by the fans to revive it on another network but when does that ever work.

Well it did! Amazon picked it up for a fourth and fifth season! Season 4 is available right now, exclusively on Amazon Prime.

Since Season 4 ran into the room too fast and got ate all at once, note which episode you're talking about.

For books, maybe spoiler boxes for anything past Book 3?
Oh brilliant
Dark Raven X on January 13