One week since the invitation arrived, but you've been training for years. The premiere martial arts tournament, the Hard as a Rock Competition is once again seeking to determine the greatest fighters of this generation.

Will you prove an unshakeable mountain? Or will your discipline crumble to sand under the fierce blows of your adversaries? 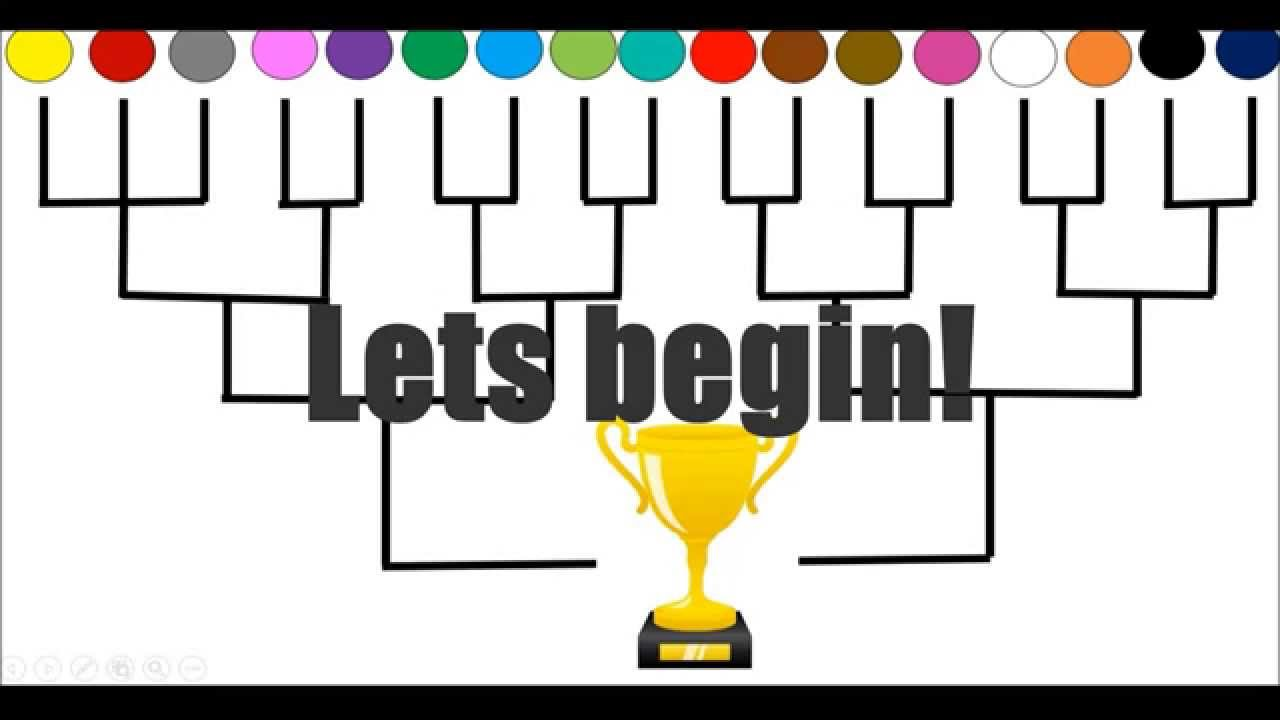 What's all this then?
This is an experimental, Phalla-like tournament game where you will create a fighter and engage in a free-for-all fighting competition with the hope of coming out on top and becoming Hard as a Rock!

So how do I win?
Your success in the tournament is represented by Power Points (PP)! Once the game is completed, the players with the three highest PP will have completed their Primary Win Condition. Players 4-10 will be considered to have achieved a Secondary Win Condition.

Power Points are distributed as follows:
1. 2 PP for defeating another fighter
2. 1 PP for each fighter knocked out of the tournament before you, whether you contributed or not.
3. 10 PP for a podium finish (one of the last three players remaining)
4. 1 PP for each correct answer on the Participant Exam

REMEMBER, IF YOU TRULY WANT TO BE HARD AS A ROCK, YOU'VE GOT TO FOCUS ON RAISING YOUR PP

CREATING YOUR FIGHTER
Each fighter will be differentiated from their competitors by two mechanics: Stats and Traits.
After signups are closed, there will be a Day 0 where each player builds their fighter before the tournament proper begins.


Stats
Each fighter has 3 stats - STRength, AGiLity, and ENDurance

Each stat begins at 0. You have 9 stat points to allocate to your fighter. You may, if you so desire, place all 9 points into one stat. This is likely to result in you either not being able to do damage or folding to any strike like wet paper, but you do you.


Traits
Traits are additional abilities, actions, or perks that you may select during night 0. Each trait is likely to prioritise or deprioritise certain stats or nightly actions. As a rule, no Trait will appear on more than 2 fighters. Keeping your Trait a secret is likely to benefit you in several ways!

On Day 0 you will submit to me an ordered list of your top 3 desired Traits, as well as a Stat Spread to accompany each Trait.

I will then determine fighters in the following method:
First, each player will get their number #1 Trait choice, unless there are 3 or more fighters who have that Trait listed at # 1.
If 3 or more fighters have a certain Trait listed at #1, two fighters will be selected at random to receive the Trait.
This process then repeats for the #2 Trait for all fighters who have yet to be assigned a Trait.
Any fighter who has not received a Trait after 3 rounds will have to participate in the tournament without a Trait.

Click the spoiler for an in-depth example.
Jdarksun, Bedlam, Gizzy, and Premium have all sent the host their desired fighters as listed above (1st choice: Lithe, 2nd choice: Cannibal, 3rd choice: Ki Blast).

Because there are more than three or more fighters who have Lithe listed as their #1 Trait, two are chosen at random to receive it. Bedlam and Gizzy are selected.

Jdarksun and Premium are now looking to be assigned Cannibal. Unfortunately, AustinP0027 listed Cannibal as his #1 Trait. This means that a maximum of one more fighter may be a Cannibal.
Premium is randomly selected to be a Cannibal.

Jdarksun, now starting to get desperate, is now trying to be assigned Ki Blast. Much to his chagrin, Phyphor selected Ki Blast as his #1 Trait and ObiFett chose it as his #2. No more fighters may be assigned the Ki Blast Trait, so jdarksun doesn't even get to try at it.

Having exhausted all his other options, jdarksun must participate in the tournament without a Trait.

2. ‘Illegal Traits’: Some Traits are against the good sportsmanship of the competition. IF A FIGHTER WITH AN ILLEGAL TRAIT MAKES IT TO THE PODIUM, THEY NEGATE THE BONUS PP EARNED BY FINISHING IN THE TOP THREE FOR FIGHTERS WITHOUT AN ILLEGAL TRAIT. [/b]

TRAITS LIST
Alien - Humans think that their Earth tournaments truly represent who is strongest? That's quaint. You're a pretty minor fighter on you home planet, but you think you can probably take these guys. Your strange physiology probably helps things out.
Benefit: The effects of Head Strikes and Leg Strikes on you are reversed. Additionally, because your have no vital organs in your torso, your Torso Blocks completely negate the effects of Torso Strikes.

Analyst - Although your physical abilities are nothing to sneeze at, your true power lies in your keen mind. You are easily able to discern your foes patterns and fighting styles. The longer you're in the fight, the more information you have to work with.
Benefit: Each night you may select a Fighter. You will receive a complete history of which offensive and defensive actions they have taken over the course of the tournament. After Day 5, you will be instantly able to discern their Trait.

Arrogant - You know you're going to dominate this tournament, as you have every other competition in your life. You've never let an opponent stay standing for more than two rounds, and frankly, you have no idea what you'd do if they did.
Benefit: Start with +1 STR, + 1 AGL, and + 8 HP. Lose 2 STR and 2 AGL when your HP falls below half.

Berserker - You're normally a careful and reserved fighter, but when you start to see red, there's no stopping you. Many opponents have thought you defeated, only to have their hopes, dreams, and noses broken moments later.
Benefit: The first time you are reduced to 0 HP, instead set your HP to 1. Then, become immune to damage for the remainder of the night and permanently gain +10 STR.

Bleeding Heart - Tournaments aren't about beating each other to a pulp. They're about testing friendships in the heat of battle! If you team up with a friend, no other single fighter can take you down!
Benefit: During character creation, choose another fighter. At the end of the game, your PP will be calculated based on either their final placing or yours, whichever is higher. You may use your defensive action to block for a different fighter.

Cannibal - You have focused your training not on enhancing your own abilities, but on stealing the skills of those who have fallen. If you are close enough to an unconscious opponent, you can take some of their essence, becoming stronger with no limit.
Benefit: Defeating an opponent causes you to acquire their Trait. You may have multiple Traits active at the same time. If any two Traits are incompatible, the newest Trait will override the older.

Illusionist - While your real body is actually quite frail, you have created a puppet fighter that does most of your combat for you. It does not feel pain. Your opponent's only hope is to aim for you directly.
Benefit: You are always considered to be blocking all parts of your body simultaneously. Your HP = 5, regardless of END.

"Just this once, let me go all out." - You have inherited a forbidden technique from your long deceased master. You swore you would never use it. But sometimes, in the heat of battle, your willpower is tested.
Benefit: Once per game, you may instantly reduce another fighter to 0 HP as your offensive action.

Ki Blast - Your ability to channel the inherent spiritual energy that surrounds every fighter allows you to outrange every other competitor.
Benefit: Every other night, you may channel a long-range ki attack. A blocked ki attack does cause the attacker to suffer retaliation damage.

Lithe - Your immense speed allows you to put devastating momentum behind your punches, even though you're really not that strong. You're not bulky enough to survive many hits either.
Benefit: Your strikes use AGL instead of STR to determine damage. Your HP is halved.

Poison Fist - You're not a bad fighter per se, but sometimes your opponents need a little... encouragement to stay down. You've hidden tiny needles up your sleeves. Even the briefest contact is enough to spell doom for your rivals, given enough time.
Benefit: Your strikes deal an additional 1 poison damage. Poison damage cannot be blocked, and recurs each subsequent night at your initiative order. Hitting an opponent multiple times can stack your poison damage (i.e. If you hit the same person twice, they would take 2 unblockable damage each subsequent night). This damage will persist after your defeat, and can score PP for you if it manages to defeat a fighter.

Shounen Protagonist - This tournament is really all about you. You're the strongest fighter in the world. You're leagues ahead of everyone else. You know this. Now it's time to prove it.
Benefit: *This Trait is limited to one fighter, as opposed to the regular two. In addition, if you submit your desire to be a Shounen Protagonist, you may not select a 2nd or 3rd backup Trait.*
A Shounen Protagonist gains an additional 7 points to spend on their stats. A Shounen Protagonist's vote is worth double that of a regular fighter.

Slow and Steady - You have won many tournaments in the past. Not because of your explosive strength or dizzying skill, but because of your patience, determination, and endurance. When all other fighters are dead on their feet, you're still raring to go another round.
Benefit: At the end of each night, heal for 20% of your max HP.

Star Punch - You've never faced an opponent who wasn't bigger, stronger, and meaner than you. That hasn't stopped you from having a flawless record.
Benefit: Each successful block gives you 1 Star Point. Spend 1 Star Point to increase the damage of one strike by 3.

Weighted Clothing - You have a secret. Your shirt? It weighs 50 pounds. Your shoes? 40 pounds each. Headband? 100 pounds. Your competitors haven't even begun to see your true potential.
Benefit: Each night you may choose to swap your STR and AGL stats. Each night that your STR stat is higher than your AGL stat, gain +1 END.

Wrestler - While most competitors have chosen to focus on punches or kicks, your style is focused around grapples and holds.
Benefit: Your grapple action cannot fail. Deal 1/2 STR damage (rounded down) on a successful grapple.

The Vote
Each day there will be a vote amongst participants about a fighter that may be cheating.
The fighter who wins the vote will be attacked by the referee. The referee has STR 20 and AGL 20. He always chooses to launch a Torso Strike.

Vote closes at 12:00 am EST. Failure to vote may result in expulsion from the tournament.


All other rules about outside communication and game etiquette are the same as your standard Phalla.
Signups will end at some point in the next week and a half, probably.